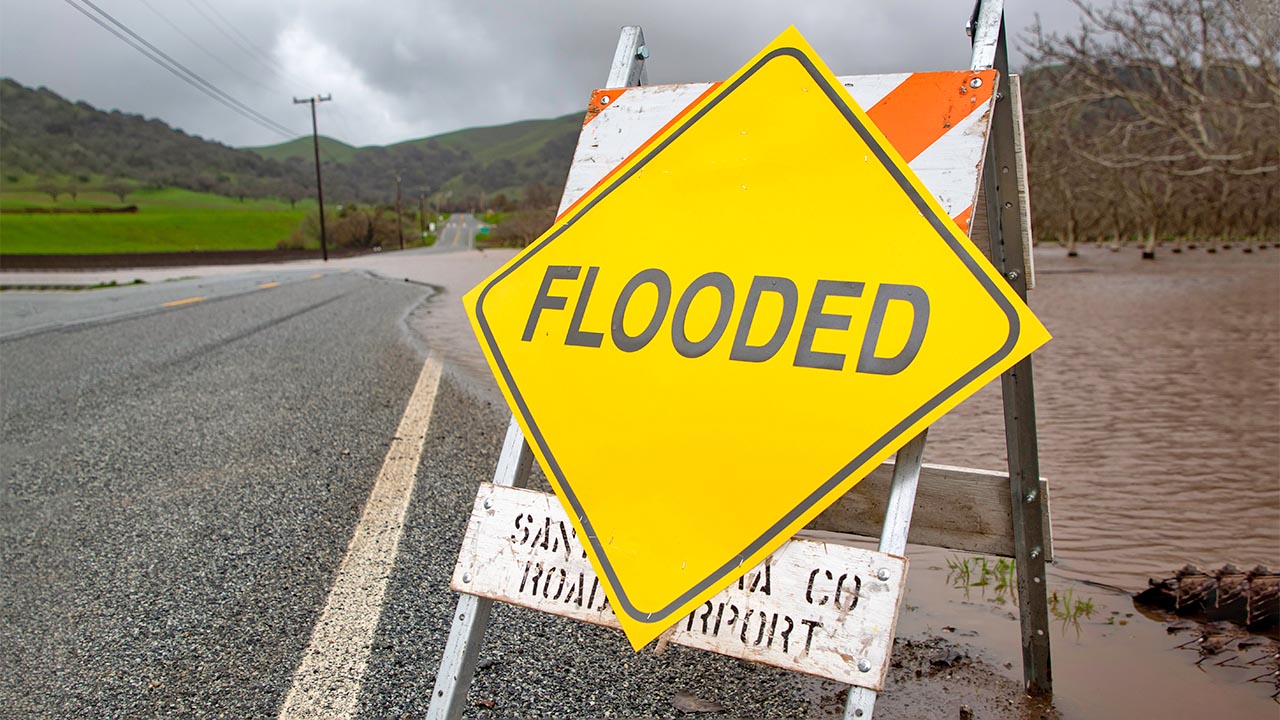 Storms have dumped immense amounts of water on California, but the state needs new plumbing to take advantage of the precipitation. (Shutterstock)
Share with friends

The rain and snow storms that have pummeled California for weeks have taken nearly two dozen lives and caused billions of dollars in damages to public and private property.

The flip side, however, is that they dropped immense amounts of water on a state that has suffered through severe drought for several years. At one point this month, an astonishing 160,000 cubic feet of water — 1.2 million gallons — was flowing through the Sacramento-San Joaquin Delta every second. That’s enough water to fill a reservoir the size of Folsom Lake, about 1 million acre-feet, in three days and doesn’t count water falling on other regions, such as Southern California.

Whether the storms have ended the drought, however, depends on California’s ability to capture enough water to fill its badly depleted reservoirs and at least begin to recharge underground aquifers that have been terribly overdrafted by desperate farmers.

So far, only a relatively tiny amount of the immense storm runoff has found its way into storage. For instance, just a trickle of the Delta’s heavy flows has been pumped into state and federal aqueducts for delivery to the San Joaquin Valley and Southern California, largely because of rules that limit diversions to protect endangered species such as the 2-inch-long Delta smelt.

Valley Lawmakers Beg for Water to Be Stored

San Joaquin Valley legislators have beseeched President Joe Biden and Gov. Gavin Newsom to relax the rules so that more runoff can be either delivered to farmers or placed in storage, such as the San Luis Reservoir, which is now less than half-full.

“This is no time to be dialing back the pumps,” state Sen. Melissa Hurtado and Assemblywoman Jasmeet Bains, both Democrats from Bakersfield, told Newsom in a letter last week. “After several years of drought and low reservoir levels, it only makes sense to capitalize on wet conditions”

“We have a moral obligation to provide Californians any relief that is within our control,” five Republican congressional members told Biden and Newsom. “Government regulations should not and must not deny our constituents critical water from these storms.”

State water officials, however, say their hands are tied by environmental protection rules requiring that initial winter flows be allowed to flush out the Delta and San Francisco Bay.

What’s been happening, or not happening, during the weeks-long deluge indicates that California needs some new plumbing to take advantage of the periodic “atmospheric rivers” that bring immense amounts of precipitation.

Meteorologists believe that due to global climate change, the state will experience more erratic weather —prolonged periods of drought interrupted by occasional storm events such as the ones California has been experiencing.

That means we need more storage, such as the Sites Reservoir on the west side of the Sacramento Valley that’s been in the planning stage for several decades and sinking basins to recharge aquifers. The long-dormant, $4 billion Sites project now has the ardent support of state and federal officials, as well as some serious money.

Case for a Delta Tunnel

The relatively meager diversions from the Delta now allowed by law, meanwhile, bolster the case for the “Delta Conveyance,” which would allow more water to be diverted into the state and federal aqueducts, and thus into downstate reservoirs, without running afoul of environmental restrictions. The project has kicked around for six decades, first as a “peripheral canal,” later as twin tunnels dubbed “Water Fix,” and now a single tunnel.

California water managers will have another chance to fill reservoirs in a few months, when the immense Sierra snowpack that’s twice the historic average and still growing melts. We can only hope that Mother Nature releases the snowpack’s water slowly enough to avoid destructive floods.