Jordan Protests to Israel After Envoy Blocked From Holy Site 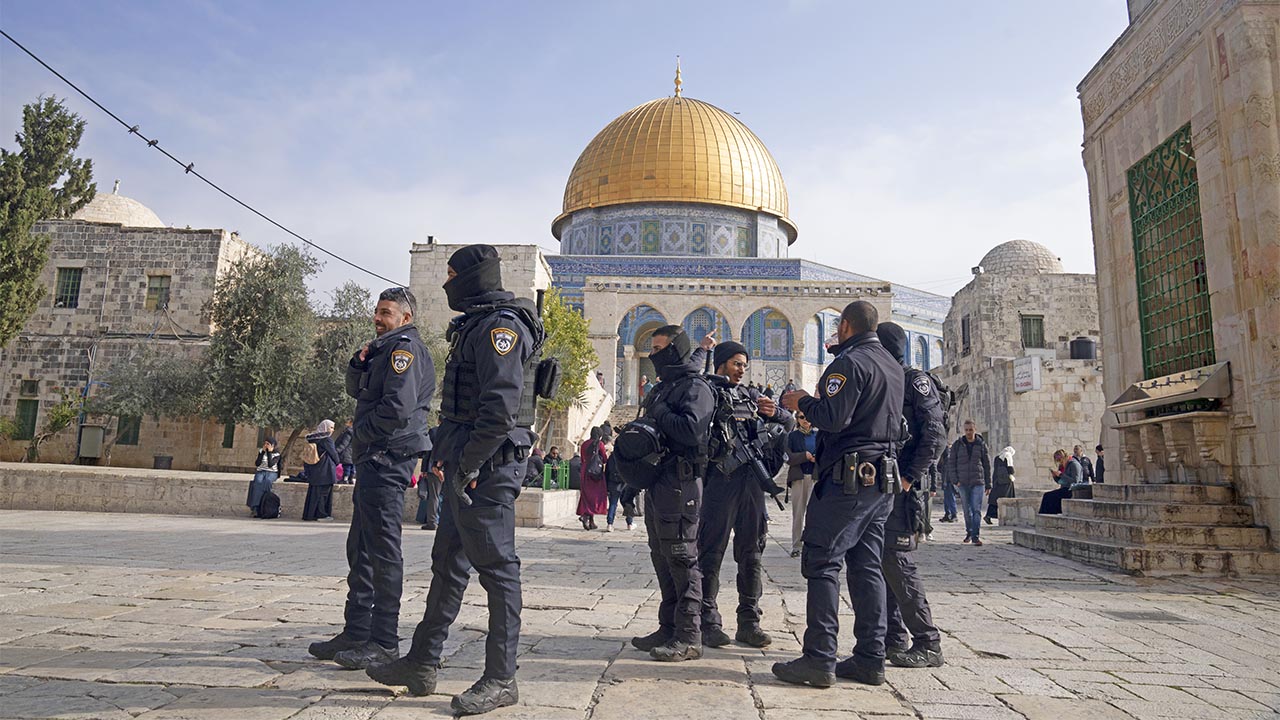 The Al-Aqsa Mosque compound is known to Muslims as the Noble Sanctuary and to Jews as the Temple Mount, (AP File)
Share with friends

JERUSALEM — Jordan summoned the Israeli ambassador to Amman on Tuesday to protest a move by Israeli police to block the Jordanian envoy from entering a volatile holy site in Jerusalem. The incident quickly escalated tensions between the neighbors and reflected the heightened sensitivity around the sacred compound under Israel’s new ultranationalist government.

Jordan’s Foreign Ministry said its ambassador to Israel, Ghassan Majali, was blocked from entering the Al-Aqsa Mosque compound in Jerusalem’s Old City, the third-holiest site in Islam. The site, sitting on a sprawling plateau also home to the iconic golden Dome of the Rock, is revered by Muslims as the Noble Sanctuary and by Jews as the Temple Mount.

The compound is administered by Jordanian religious authorities as part of an unofficial agreement after Israel won control of east Jerusalem in the 1967 Mideast war. Israel is in charge of security at the site.

The Israeli police said that Majali arrived at the holy site “without any prior coordination with police officials,” prompting an officer at the compound entrance who didn’t recognize the diplomat to notify his commander about the unexpected visit. While awaiting instructions, officers held up Majali, along with Azzam al-Khatib, the director of the Jerusalem Waqf. The ambassador refused to wait and decided to leave, Israeli police said.

Some two hours later, Jordanian state-run media reported that Majali finally entered the compound without showing any kind of permission and held talks with al-Khatib, who “briefed him about the Israeli violations in Al-Aqsa.”

Footage widely shared online shows Majali, among other Muslim worshippers, at the limestone Lion’s Gate entrance to the Al-Aqsa Mosque compound in the Old City. An Israeli police officer blocks his path and yells at Majali in Arabic to go back, according to the video. Al-Khatib gets on the phone as the visitors argue with the officers amid the crackle of the policeman’s walkie-talkie.

“Had the ambassador briefly waited a few more minutes for the officer to be updated, the group would have entered,” the police said, stressing that “coordination” with Israeli police was routine ahead of such visits.

But Jordan described the move as an unusual provocation. The Jordanian Foreign Ministry said the Israeli ambassador had received a “strongly worded letter of protest to be conveyed immediately to his government.” It said Jordanian officials do not need permission to enter the site because of the country’s role as the official custodian and cautioned Israel against taking “any actions that would prejudice the sanctity of the holy places.”