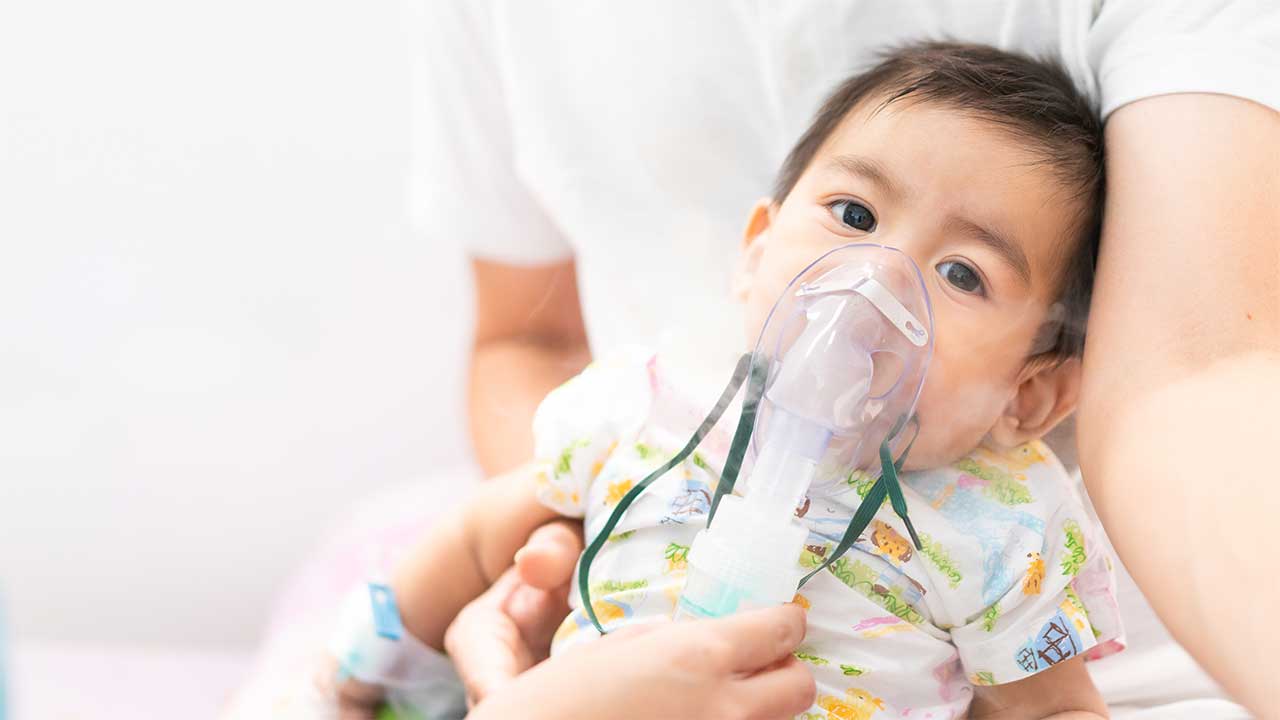 With respiratory illnesses rising across the Valley, health officials are sharing signs of the symptoms to look for. (Shutterstock)
Share with friends

A parent’s worst nightmare is often having a sick child and not knowing what is wrong or how to help.

With an increase in Respiratory Syncytial Virus cases, including circulating cases of COVID-19 and influenza, it can be hard to know what may be wrong with your baby.

Ortega first noticed her baby’s decrease in energy. She also was choking on phlegm and sleeping more throughout the day.

Ortega rushed to the ER at 9 p.m. but didn’t secure a room in the pediatrics department until 2 a.m. Tuesday and waited until 4 a.m. before a doctor was able to see her baby.

“In triage, I was told she needed oxygen but waited over two hours before they actually got us on it,” said Ortega on Wednesday. “We will possibly be able to go home today if her oxygen level doesn’t drop below 90.”

Newborns Can Be the Most Vulnerable

Kimber Myrick-Yockey recently made a visit to Valley Children’s Hospital after her newborn infant of five weeks came down with RSV.

The Fresno County Department of Public Health says that most children can recover from RSV at home by resting and taking lots of fluids.

However, FCDPH officials say that children who are at the greatest risk for severe illness from RSV include: premature infants, infants six months and younger, children under 2 years old with lung or heart disease, and children with weakened immune systems.

Myrick-Yockey said that she first noticed her newborn infant having retraction breathing, a runny nose, and a cough.

However she had no fever, so like most parents are advised to do, she took her to their pediatrician. The diagnosis: Myrick-Yockey’s newborn was doing fine and her vitals were stable. But then she took a turn for the worst.

Her baby tested positive for RSV. Coughing fits and respiratory failure ensured, leading to a four-day stay at Valley Children’s.

Myrick-Yockey, who is a nurse, followed all the infection protocols but pointed out that this virus can still slip through the cracks.

“I would let parents know to try and stay positive. It’s not their fault if their child gets sick,” said Myrick-Yockey.

Dr. Nicole Webb, who is an admitting doctor at Valley Children’s, says she has lost track of how many children are coming in with RSV.

According to Webb, most hospitals won’t usually test for RSV because there is no effective medication for the virus but will test those who are having trouble breathing.

As of last week, Webb says they have had 77 kids admitted with confirmed RSV and an additional 93 who were taken care of in their emergency department and then sent home.

“Unfortunately, we’re also seeing flu numbers climbing quite rapidly. We’ve seen a huge spike there,” said Webb. “Two weeks ago, we had 88 cases of flu, last week we had 121.”

The combination of RSV and the flu is to be expected during winter, says Webb.

However, this year, RSV started two months earlier than it typically does and it’s overlapping now with the flu and COVID-19. 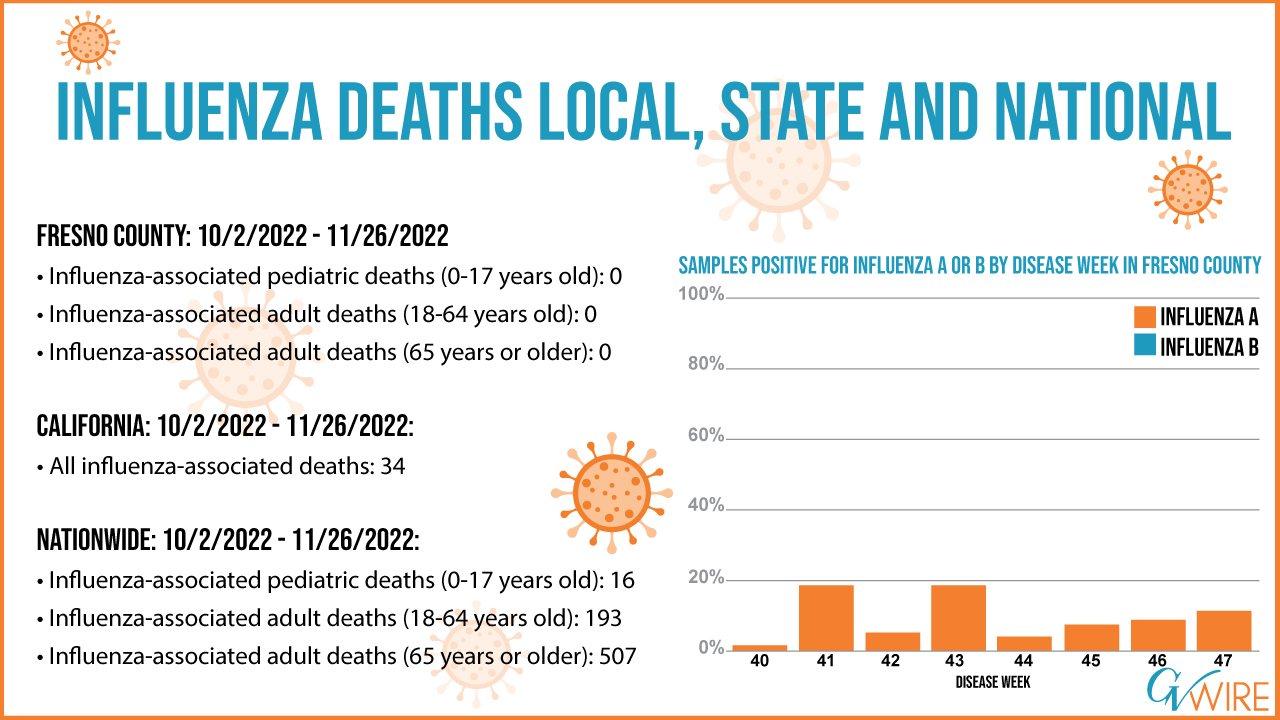 Matching Symptoms to the Appropriate Level of Care

Due to emergency rooms being inundated with patients, Webb advises parents to bring their children there only when the symptoms are severe.

Webb says the hospital is averaging 350 ER visits a day, and some of those visits are by kids with mild rash, ear aches, and sore throats.

Low-grade fever, cough, and congestion are typically symptoms that can be managed at home, says Webb.

More severe symptoms that would require a doctor visit would be consistent fever, if the child is not drinking, or has had congestion for a couple of days. Symptoms requiring an emergency room visit are high fever, and congestion moving into the lower chest area causing a child to struggle with breathing.

“So that rapid labored breathing, lethargy, if they’re making a grumpy sound or they’re constantly flaring in and out when they take a breath. Those are the kinds of things that really need to be seen as soon as humanly possible,” said Webb. 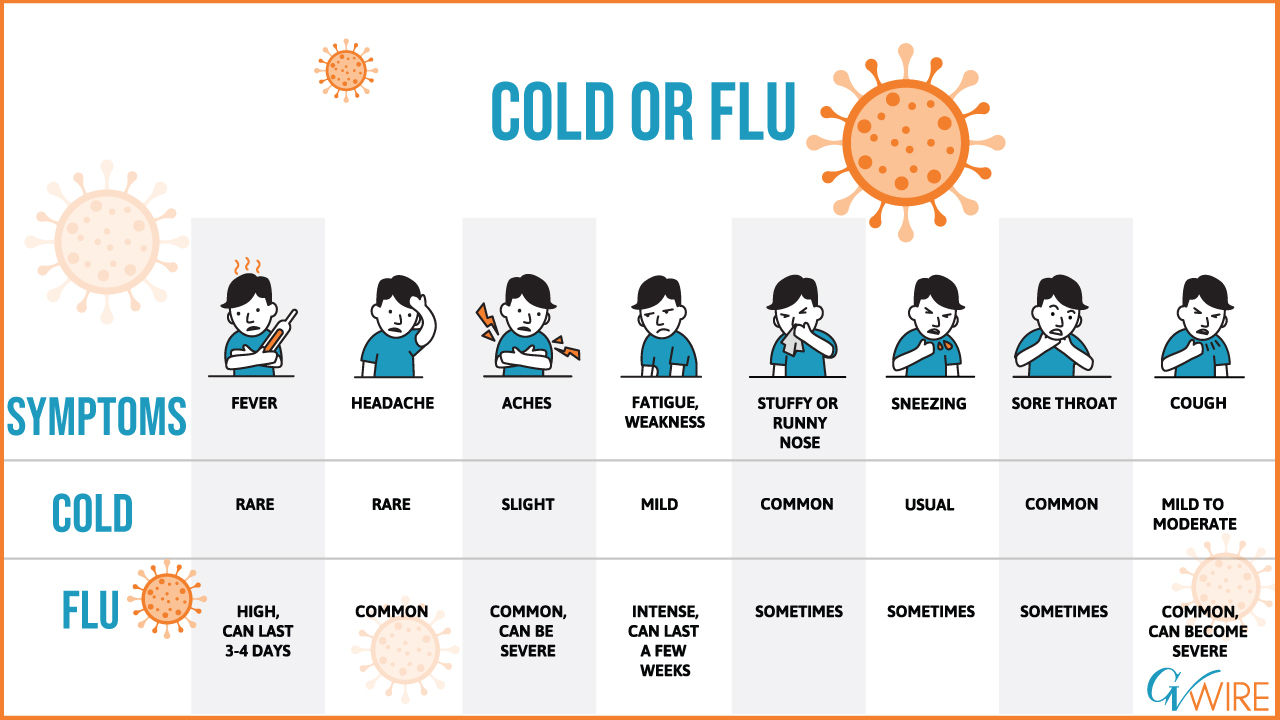 Cold and flu symptoms to look out for. (GV Wire Composite/Paul Marshall)

What Can Parents and Others Do to Stay Protected?

Webb says this flu season should be taken with many of the same precautions as were taken to mitigate the spread of COVID-19 in the last two years.

This means keeping your distance from sick family members who might have a runny nose or a slight cough and limiting close interactions around newborns. Masking is also an option.

In addition, it’s important that folks wash their hands and refrain from kissing a baby’s hands and face.

Families with multiple children are advised to keep sickly siblings away from the younger ones.

Most importantly, Webb says it is critical that parents get their flu shots and vaccines as that will help protect babies and children, especially newborns who have not been exposed to many viruses and germs.