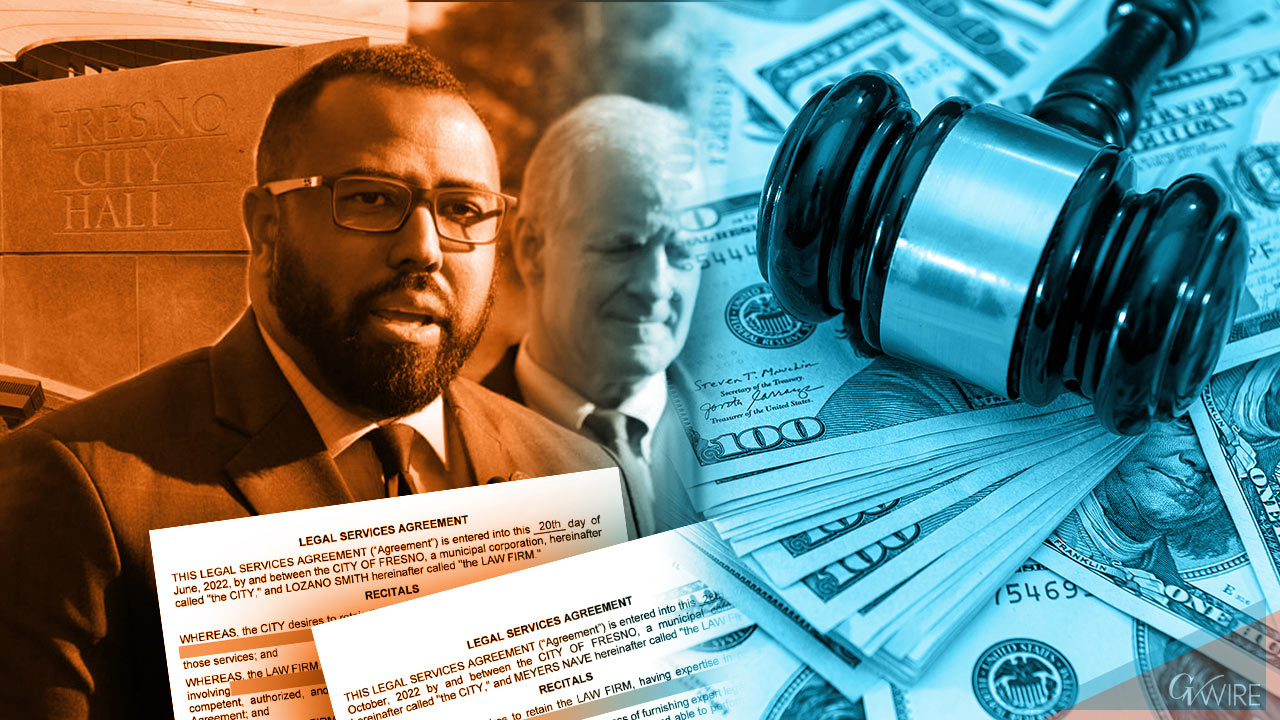 The city of Fresno hired multiple outside law firms to help navigate now-dropped criminal charges against Nelson Esparza. And, they paid up to $475 an hour for advice.

Since June, the issues of Nelson Esparza vs. The City of Fresno, and People vs. Nelson Esparza, have been on several council agendas — all in closed session.

Esparza was charged with attempted extortion in July by the Fresno County District Attorney’s Office. That case was dismissed by the DA’s office on Monday.

Because the alleged victim of the attempted extortion was then-City Attorney Douglas Sloan, the Fresno City Attorney’s Office was unable to provide legal advice to the council due to a conflict of interest.

The City Council used the services of Lozano Smith, a firm with several offices in California, including Fresno. The contract was signed on June 20, 2022.

Meyers Nave, another law firm with multiple offices throughout the state, was hired on Oct. 28.

In documents released by the city in response to GV Wire’s public records act request, nearly all information about what services Lozano Smith and Meyers Nave are to provide was redacted.

Both contracts call for the law firms to work on cases assigned by the city attorney (or supervising attorney) “on a case-by-case basis.”

The agreements set fees for attorneys at Meyers Nave between $320 to $475 an hour. Lozano Smith attorneys are contracted at a rate of $280 an hour. Fees for support staff (law clerks, paralegals) are set at between $190-$250 an hour.

Neither contract has a firm end date. 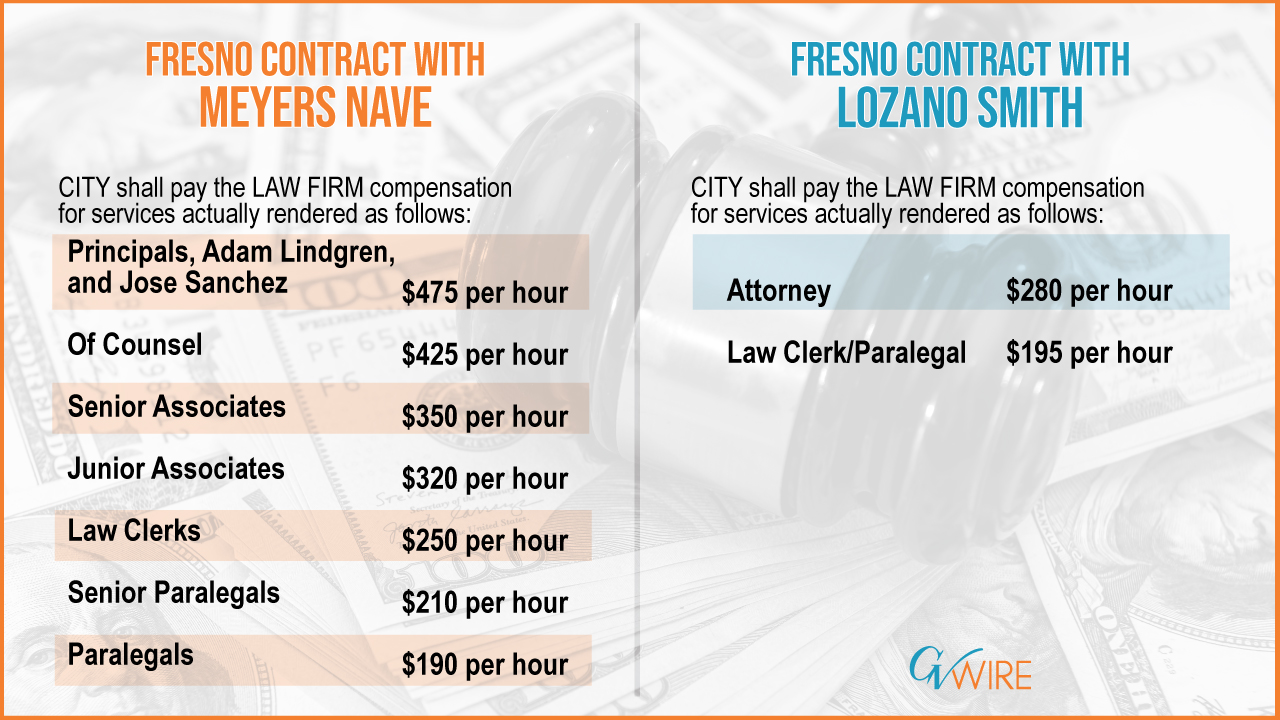 The Esparza item was most recently on the council’s Dec. 1 agenda, with an out-of-town attorney from Meyer Nave present. Multiple sources tell GV Wire that not enough council members were present to form a quorum when the item was set to be discussed.

Sources say a lack of quorum has happened more than once.

Esparza has recused himself from closed-session discussions about his case.

A memo from attorneys James Sanchez and Matthew Lear of Lozano Smith on Aug. 30 revealed that the City Council approved the use of public funds for Esparza’s criminal legal defense.

A contract with attorney Mark Coleman calls for him to be paid $350 an hour. Other attorneys on the case earned $250 an hour.

Coleman, when asked Monday, did not have an estimate on how much time he’s put on the case.

The vote, taken in June in closed session, has not been publicly revealed.

The state’s open meeting law, the Brown Act, says any decision made in closed session must be publicly revealed. The Lozano Smith memo advised the City Council to do so, or face possible litigation.

GV Wire sent the City Council a “cure and correct” letter to reveal the vote in October. The council responded by saying the quest was “defective” without explaining why.

The vote was taken before formal charges were filed against Esparza, who previously filed a civil defamation suit against colleague Garry Bredefeld for making public the extortion allegation. Esparza later dropped the lawsuit.

Sources said Esparza changed his mind about proceeding with the defamation lawsuit when the city said it would fund Bredefeld’s civil defense.