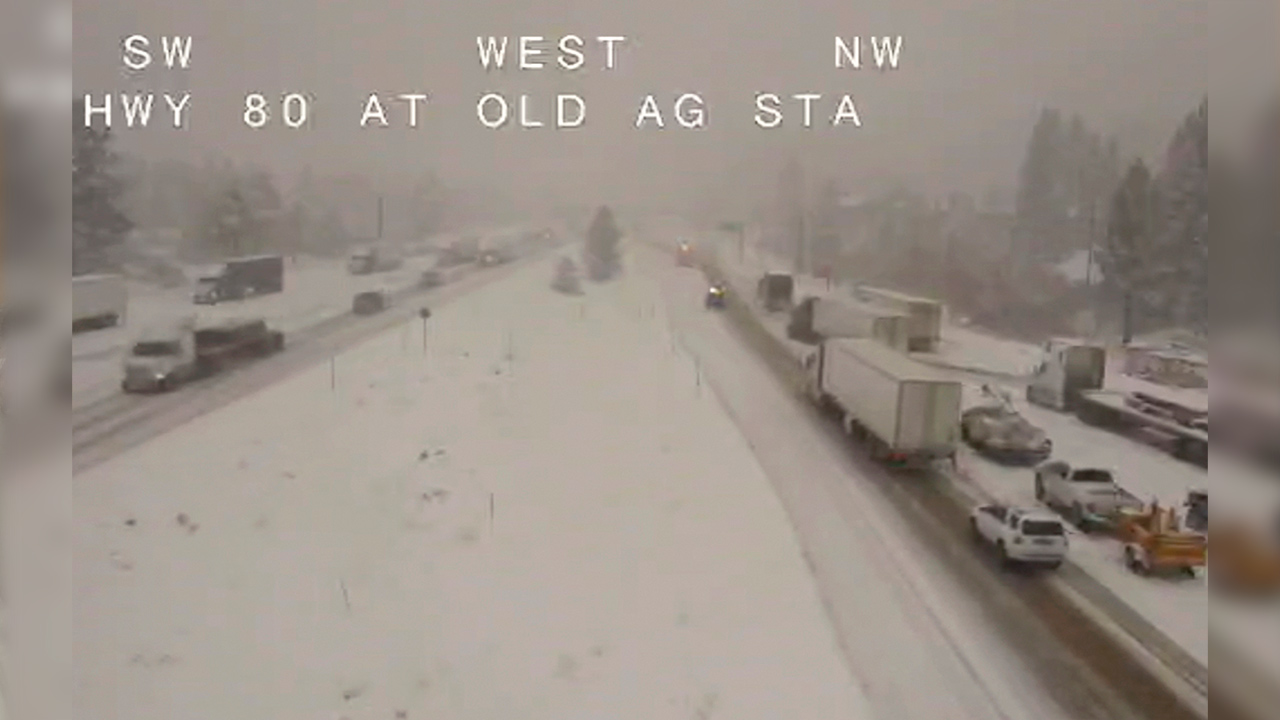 Traffic moves slowly through the snowy conditions along Interstate 80 near Truckee, Tuesday, Nov. 8, 2022. (Caltrans via AP)
Share with friends

The Sierra snowpack vital to supplying water for California’s residents, businesses, and farms is off to a strong start.

Recent storms bringing rain to the Valley and other parts of the state are also dumping snow on the Sierra Nevada.

According to the state Department of Water Resources, the northern Sierra snowpack is 155% of normal through Monday.

Meanwhile, the central Sierra and southern Sierra snowpacks are 166% and 216% of normal, respectively.

More #snow on the way today with another 2-4″ (5-10 cm) expected. We should have a break for a few days and then another snow storm will move in for the weekend!#CAwx #CAwater pic.twitter.com/XcVvTJ3y4W

What does this mean for the California drought?

The experts say that the drought is far from over, but the precipitation is encouraging.

For many Californians, the most recent water year — which ran from July 2021 to June 2022 — provides a grim reminder of how fickle Mother Nature can be.

October 2021 brought record-breaking rains that flooded highways, caused mudslides, and cut power in the Golden State. And, December’s heavy storms took the snowpack to 160% of average. But California went on to endure its third straight year of drought. 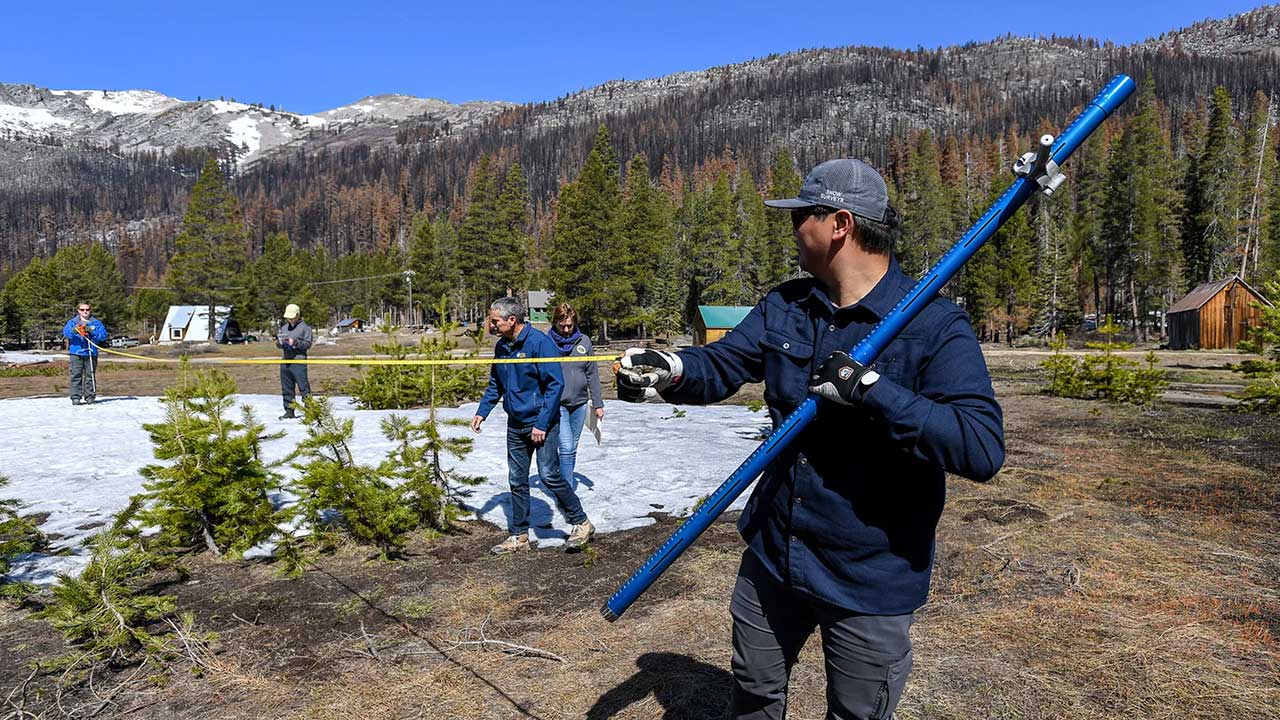 What’s Next in Valley Weather?

According to the National Weather Service in Hanford, we’ll see light rains through Tuesday followed by drier, colder conditions before there’s a 20% chance of rain on Thursday night.

Friday and Saturday could bring showers as well, so keep your umbrellas and rain slickers handy.

Monday’s snow level was pegged at an elevation of 5,000 feet, and visitors to Yosemite National Park should prepare for snow.

A Winter Weather Advisory has been issued for the area of Yosemite on Monday. The area is expected to receive between 3 to 5 inches of new snow with local accumulation of up to 10 inches. Latest road conditions call 5 1 1. #CAwx pic.twitter.com/DiFaxbzxwa