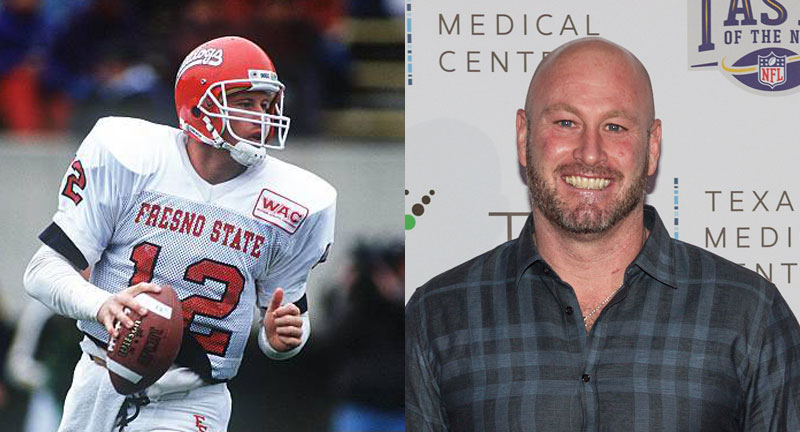 Trent Dilfer is making the head coaching leap from high school to the University of Alabama at Birmingham, ESPN reports. (GV Wire File)
Share with friends

Former Fresno State star quarterback and Super Bowl winner Trent Dilfer is the new football coach at the University of Alabama at Birmingham.

“Having the opportunity to lead such a quality program like UAB is one that I am beyond excited about,” the 50-year-old Dilfer said in a statement. “The investments the university has made for UAB Football aligns with my vision of taking this program to new heights as we join the American Athletic Conference and compete annually for the highest prize of playing in the College Football Playoff.”

Dilfer, a former ESPN analyst, has been the head coach at Lipscomb Academy in Nashville, Tennessee, for the past four seasons.  Lipscomb, which is 12-0 this year, will play Thursday in a state championship game in Chattanooga. Dilfer will take over at UAB on Friday.

“Trent is a proven winner on and off the field at all levels and will be a tremendous leader for our program,” UAB athletic director Mark Ingram said. “He is a Super Bowl-winning quarterback who played the game at its highest level for many years, and he has coached some of the top quarterbacks who are currently NFL franchise players.

UAB finished the regular season 6-6 overall and 4-4 in Conference USA under interim coach and offensive coordinator Bryant Vincent. He replaced Bill Clark, who resigned in June for health reasons after compiling a 49-26 record over six seasons.

UAB faces Miami of Ohio (6-6) in the Hometown Lenders Bahamas Bowl on Dec. 16.