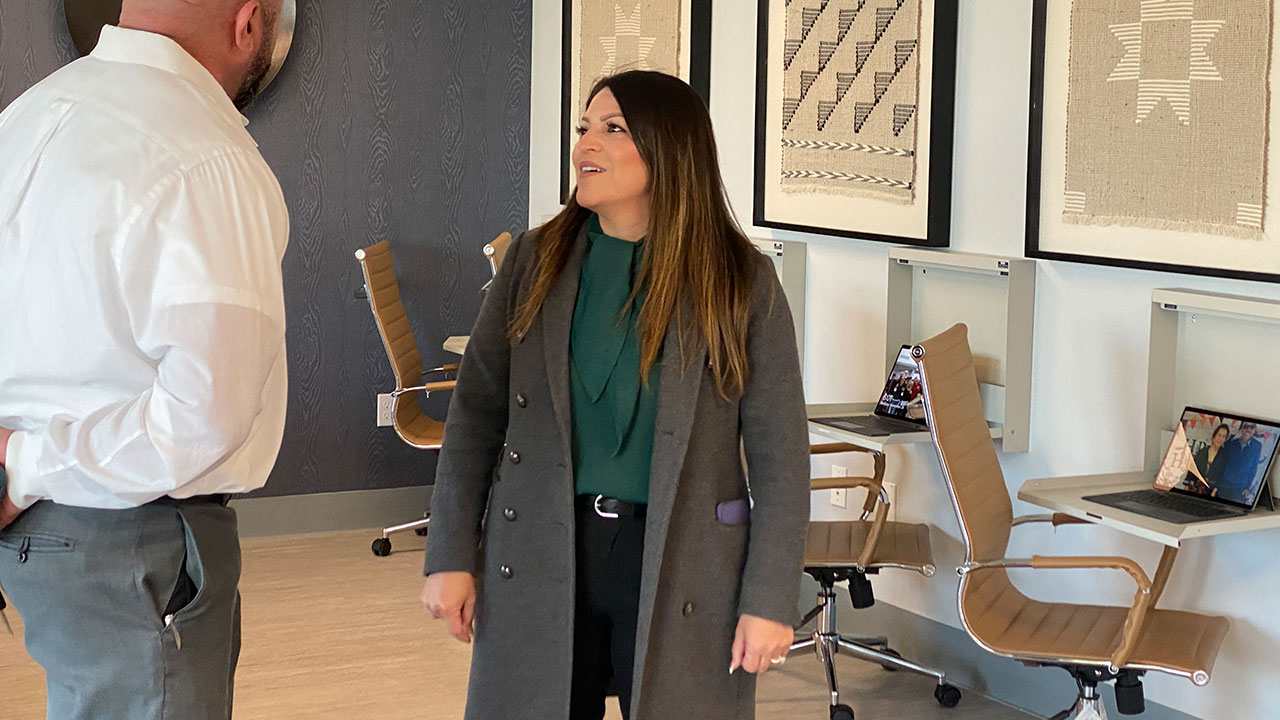 Perhaps cutting the ribbon for the last time as a city councilwoman, Esmeralda Soria is proudest of the investments made in her west-central Fresno district for the last eight years.

“I’m proud of the work that I’ve done over the last eight years when it comes to housing, when it comes to parks and the community,” Soria said at a Monday ceremony for a new community center at The Link @ Blackstone, at Blackstone and McKinley avenues.

“It speaks to the testament that I stayed committed to the issue and really investing in the neighborhoods that for a long time had been left behind,” Soria said.

Soria, elected to the state Assembly earlier this month, will resign her city council position on next Monday when she is sworn into her new job in Sacramento.

The ribbon has been cut for a new senior center located at The Link @ Blackstone.

The City of Fresno will be leasing the 1,800-square-foot multi-purpose senior lounge and providing services to seniors, including technology classes, fitness classes, and arts/cultural activities. pic.twitter.com/odluCwjgCX

‘Working Across the Aisle’

Soria said a lesson she’ll take with her in Sacramento is a willingness to work with anyone.

“From day one, I was someone that worked with everyone, regardless of party affiliation, because at the end of the day, our residents don’t care about the partisanship when they’re thinking about a police officer showing up to their house or a firefighter responding to a fire, or their sidewalk or street getting repaired. And what I learned is that you need to work across the aisle many times to get things done and continue to move forward,” Soria said.

“I’ll take those lessons that I have learned here locally to make sure that I’m an effective legislator in Sacramento.”

From Financial Instability to Flush in Cash

When Soria joined the City Council in 2015, Fresno was still recovering from the depths of the Great Recession. At the time, then-Mayor Ashley Swearengin said the city was one paycheck from bankruptcy.

“We were at a recovery phase. And we’ve seen over the last eight years that we have done incredibly well in the city of Fresno,” Soria said. “And the councilmembers with the mayors have made sure that in every budget we put money away to have a reserve so that when we faced a crisis like they did during 2008, that the city would have a little savings account to make sure that the critical resources and services that we must provide to our residents continue to be provided.”

Now, the city’s budget is much more stable. Fresno’s growing economy has helped. As did hundreds of millions in federal and state dollars to tackle issues such as COVID response and homelessness.

If there is one thing that Soria did not accomplish in her eight years, she said it was fixing the notorious traffic mess at Shaw Avenue and Golden State Boulevard — where a train crossing can make for a miserable commute.

“There’s a lot of development that has happened and is happening west of the 99. And if I can make an improvement there at the state level, I’m going to do that. But that’s one of the things that stayed on my list to do and that I look forward to working with Councilmember-elect and Annalisa Perea,” Soria said.

How to Fill a Vacancy

Soria recommends that the council appoint Annalisa Perea to fill the remainder of her District 1 term. Perea was elected to succeed Soria last June. Perea’s term officially begins on Jan. 3. With Soria leaving early, there is a 29-day gap.

There is precedent. Clint Olivier, already elected to succeed Henry T. Perea (Annalisa’s brother) in 2010, was appointed to the position early once Perea exited for the Assembly.