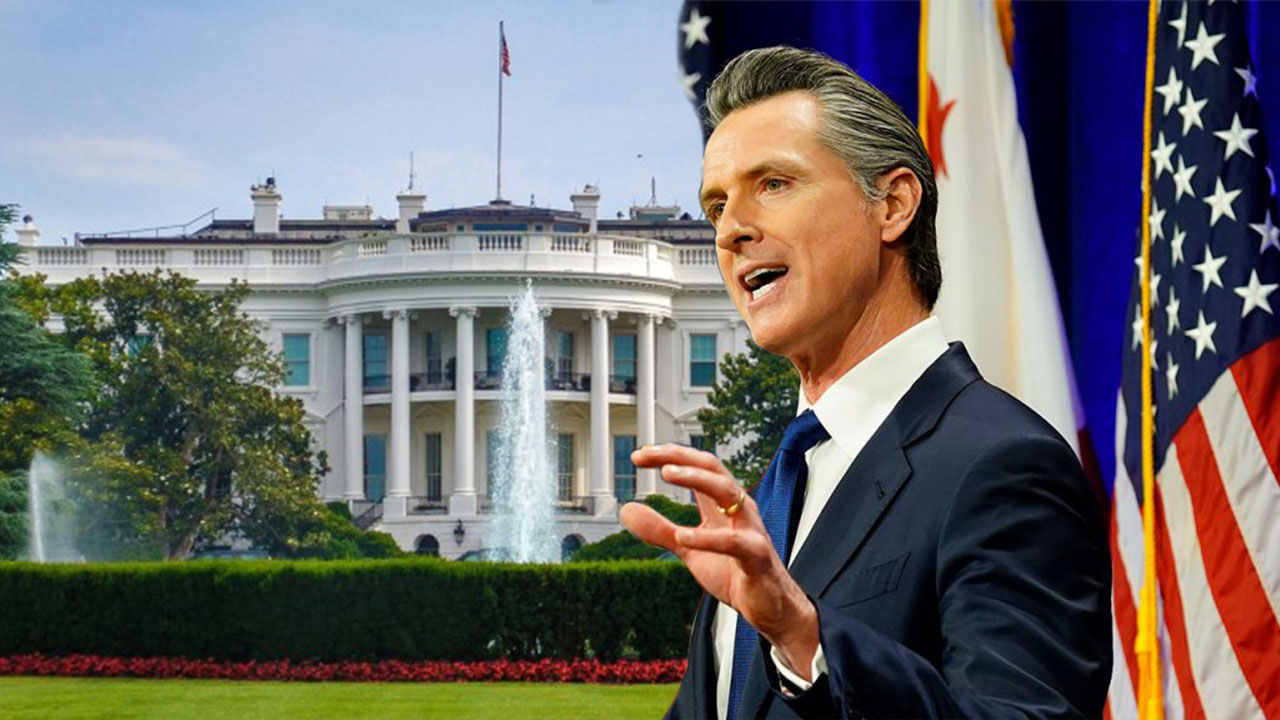 Gavin Newsom has spent nearly half of his life patiently climbing the political ladder one rung at a time, Dan Walters says. (GV Wire Composite/Paul Marshall)
Share with friends

So is the Gavin Newsom boomlet for president — or whatever it was — really over?

Over the weekend, Politico columnist Jonathan Martin reported that on election night, he overheard Newsom personally telling President Joe Biden — who had called to congratulate the governor on his re-election — that he wouldn’t run for president even if Biden bowed out.

“I’m all in; put me in coach,” Martin said Newsom told Biden. “We have your back.”

Newsom was essentially repeating what he said he had told others in the White House earlier — and to be fair, what he had often said publicly, once declaring that he had “subzero” interest in mounting a presidential campaign in 2024.

Newsom told Martin, who had spent election evening with the governor in the old governor’s mansion in downtown Sacramento, watching election returns, that he’s eager to hit the campaign trail for Biden or any other Democratic candidate in 2024, particularly in red states such as Florida or Texas.

“I’m willing to take risks, I’m willing to get out and I’m telling you with certainty that I look forward to getting out more not with any grand ambition except to push back on this narrative and try to reframe this debate and get back on offense on freedom,” Newsom said.

Political media speculation that Newsom was laying the groundwork for a presidential campaign erupted because he largely eschewed campaigning for re-election this year and devoted much of his time to long-distance rhetorical duels with Florida Gov. Ron DeSantis and Texas Gov. Greg Abbott, both of whom have been tagged as potential White House candidates in 2024.

His feuds with DeSantis and Abbott garnered national media attention and speculation intensified when, in one interview, Newsom seemed to be saying that Biden, who turned 80 this month, was out of touch with current political reality.

Newsom insisted that he was just trying to light a fire under his Democratic Party to become more confrontational with Republicans but there were reports that Newsom’s campaign-like maneuvers were irritating Biden’s political advisors.

Newsom told Martin that he had delivered assurances to the White House that he was not mounting a presidential campaign and then on election night delivered the message to Biden personally.

So where does that leave Newsom, who has spent nearly half of his life patiently climbing the political ladder one rung at a time?

He insists that he intends to fully serve out his second and last term as governor, which would seem to preclude running for Dianne Feinstein’s Senate seat in 2024 should she, as many expect, retire.

Maybe Newsom does simply intend to spend four more years in the governorship and then return to private life. He has not closed the door on running for president in 2028, but would have to do so as a private citizen, without the megaphone of holding office, and such a bid would depend on who occupies the White House at that time.

If Newsom does stick around for four more years, he’d best do something about his tattered relationship with California’s political media, which he has stiffed while promoting himself in the national media.

One example: On election night, he delivered only a brief statement acknowledging his re-election, brushed off reporters’ questions and then spent the rest of the evening with national political columnist Martin “to prove his disinterest in national politics,” as CalMatters political writer Alexei Koseff tweeted wryly.

Newsom should remember that the California journalists he’s been rudely ignoring will have the last word on his gubernatorial legacy.