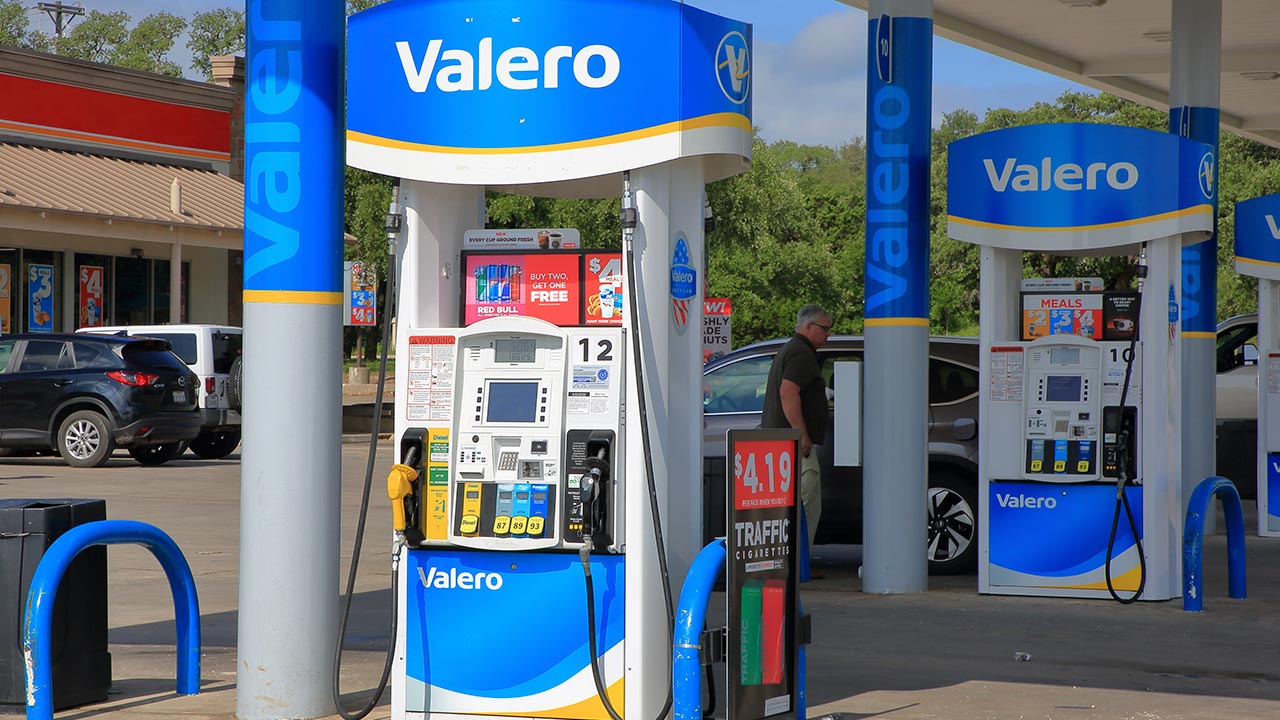 A Valero gas station at 1736 E. Belmont Avenue in Fresno has regular gas for $3.49 a gallon as of Monday morning. (Shutterstock)
Share with friends

Gas has dropped to less than $4 a gallon in Fresno at a handful of locations, including the Valero on East Belmont Avenue, where regular sold for $3.49 Monday morning.

The drop in local gas prices mirrors a nationwide trend.

“The national average pump price for a gallon of gas dropped 12 cents in the past week. It is the steepest weekly decline since early August,” AAA reported Monday.

But filling up a vehicle in California still costs more than the rest of the nation. Monday’s national average stood at $3.54 compared to $5.04 in the Golden State.

It feels like Christmas!! I just went and filled up my gas tank and it was under $4 a gallon 😭😭😭 We haven’t seen those prices in so long #HappyMonday

Meanwhile, Fresno’s average is $4.88 — although price-conscious buyers can beat that price by about a dollar a gallon — or more. The lowest Fresno prices are at this GasBuddy link.

“Gas prices are dropping nationwide, with some of the largest decreases happening on the West Coast,” said AAA spokesperson Andrew Gross. “But the West also has the farthest to fall because its prices are so elevated. For instance, California is still $1.50 higher than the national average.”

Gas prices dropped 21 cents in California over the past week corresponding with a drop in demand.

According to AAA, Texas has the cheapest gas in the country at $2.88 for regular.

Phil Flynn, an analyst at Price Futures Group in Chicago, said oil was paring losses as investors looked ahead to an OPEC+ meeting on Sunday, Dec. 4.

“Inventories are still near record lows and this probably increases the odds of an OPEC production cut,” Flynn said.