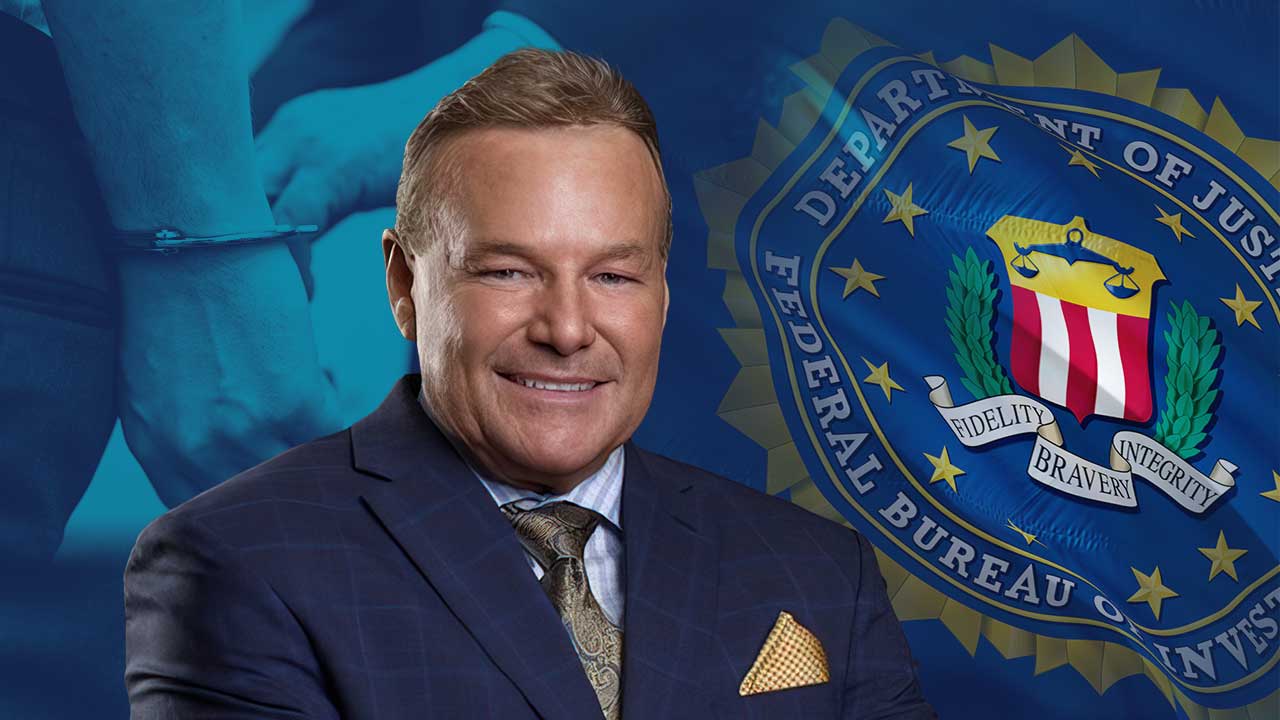 Royce Newcomb, 60, is charged with bilking investors and the government out of more than $4.2 million. (GV Wire Composite/David Rodriguez)
Share with friends

A Fresno man who wooed investors and wowed local media with claims of inventing a device to foil porch pirates was arrested Monday by FBI agents.

According to FBI investigators, Newcomb used investors’ funds on gambling, luxury vehicles, and a mansion, as well as issuing dividends to other investors to keep the Ponzi scheme rolling.

Royce Newcomb, 60, faces five counts of wire fraud and one count of money laundering. He is charged with bilking investors and the government out of more than $4.2 million, U.S. Attorney Phillip A. Talbert said in a news release.

The indictment of Newcomb, which was unsealed following his arrest, charges him with running Ponzi, COVID-19 benefits, and other fraud schemes through his company, Strategic Innovations LLC.

According to court records, beginning in 2017, Newcomb’s company purported to make smart home and business products meant to stop package theft, prevent weather damage to packages, and make it easier for delivery services and emergency responders to find homes and businesses.

He created prototypes for his products, applied for and was issued patents and trademarks, and received widespread media attention that he leveraged to secure millions of dollars from investors.

The indictment alleges that Newcomb lied to investors about receiving a National Science Foundation grant. Additionally, the government alleges, Newcomb told investors he would use their money to bring the products to market.

Instead, according to the FBI investigation, Newcomb used investors’ funds on gambling, luxury vehicles, and a mansion, as well as issuing dividends to other investors to keep the Ponzi scheme rolling.

“He lied about his company having hundreds of thousands and even millions in revenues to get these loans,” the Department of Justice news release said.

According to Newcomb’s LinkedIn account, he is currently the chief designer at G2P NeXUS, LLC. The same account indicates that he left Strategic Innovations in July of this year.