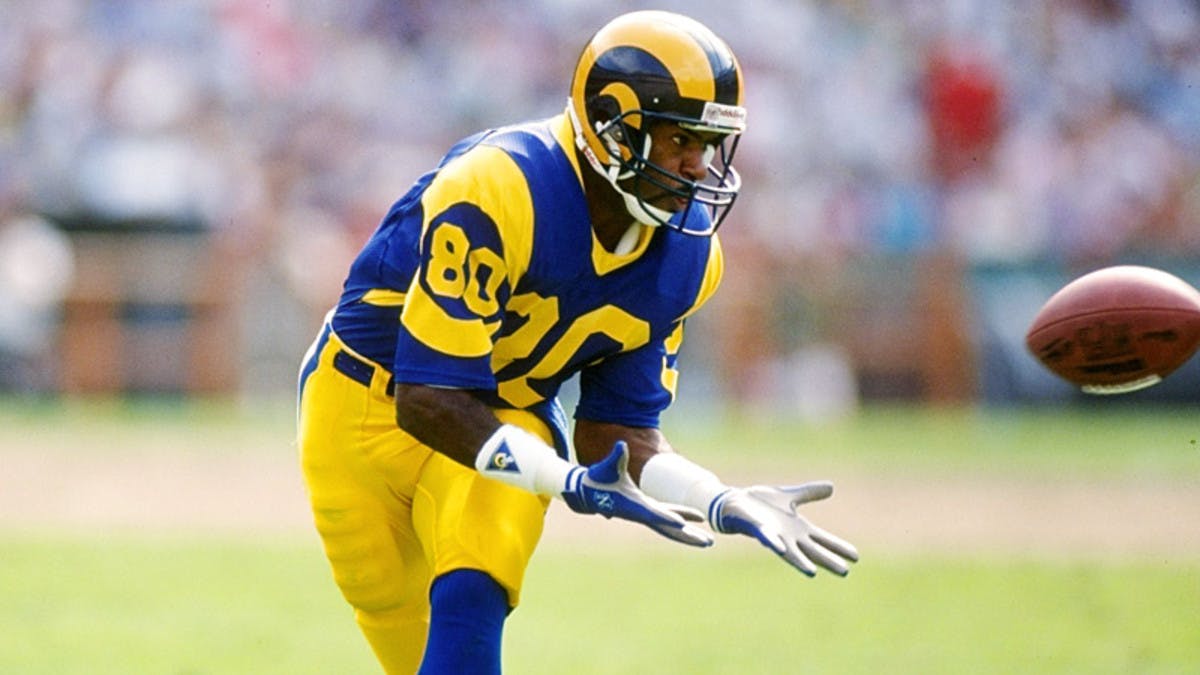 Henry Ellard starred for 11 seasons with the Los Angeles Rams and 17 overall in the NFL, relying on his speed, sure hands, and flair for acrobatic catches. (GV Wire File)
Share with friends

Henry Ellard has made it to the semifinals in the Pro Football Hall of Fame selection process for the first time.

The fast, acrobatic, and sure-handed wide receiver from Fresno was among 28 modern-day semifinalists for the 2023 class announced Tuesday morning.

After a standout football and track and field career at Fresno State, Ellard played 17 seasons in the National Football League. He finished his pro career in 1998 among the all-time receiving leaders with 814 receptions, 13,777 yards, and 65 touchdowns.

Moreover, the Hoover High School graduate accumulated those totals while playing 11 seasons for the Los Angeles Rams, who focused more on running than football than the passing game under coaches John Robinson and Chuck Knox.

Ellard earned All-Pro recognition twice as a wide receiver and excelled early in his career as a punt returner. In 1996, while with Washington, he led the league with an average of 19.5 yards per catch.

We are excited to reveal our 28 Modern-Era Semifinalists for the Pro Football Hall of Fame’s Class of 2023.

Ellard and London Fletcher are semifinalists for the first time. Albert Lewis, a semifinalist in 2013, is also on the list.

Both Ellard and Lewis are in their final year of eligibility as modern-era players.

The Eagles didn’t catch him at all.

The 28 semifinalists will be reduced to 15 finalists before the final voting process in January. The inductees will be announced on Feb. 9 during NFL Honors, the prime-time awards show when The Associated Press reveals its individual award winners for the 2022 NFL season, including Most Valuable Player and Coach of the Year.

Four finalists previously announced are Don Coryell in the coaching category, and Chuck Howley, Joe Klecko, and Ken Riley in the senior category.

Dyer Successfully Lobbies for Return of $6M in Homeless Funds