Who's Got the Best Shot at Operating Fresno's Tower Theatre? 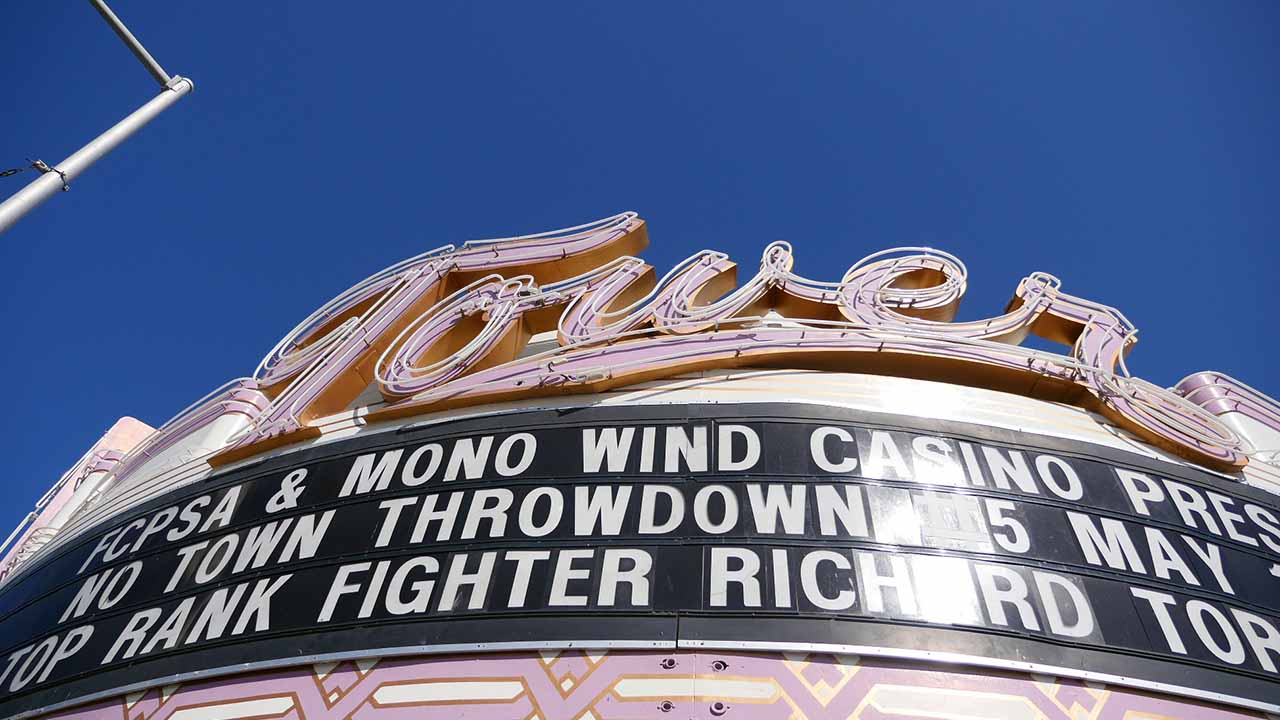 The city of Fresno is on the hunt for new management to operate the Tower Theatre. (GV Wire/Jahz Tello)
Share with friends

With more than two years of controversy, protests, court cases, a bidding war with a local church, and concerns about its upkeep, Fresno’s historic downtown Tower Theatre is set to come under new management.

After purchasing the venue for $6.5 million, the city sought proposals from groups interested in managing, operating, and promoting the theater.

City spokeswoman Sontaya Rose says it will take 60 to 90 days before a staff recommendation goes to the Fresno City Council for approval.

Among those eager to take over the theater are some familiar Fresno names and organizations, as well as promoters from outside the Valley.

Among the eight proposals is a longshot bid by the theater’s previous owner and current interim operator, Laurence Abbate.

Likely to get strong consideration is the Fresno Arts Council.

Lilia Gonzalez-Chavez, the art council’s executive director, says the nonprofit had no interest in operating the venue until it was encouraged to do so by Tower District residents.

“We were asked to submit an application by a coalition of stakeholders in the Tower District area and throughout Fresno who have used the facility,” said Gonzalez-Chavez.  “They were wanting a community-based organization that will consider the local art community as interested in having access.”

The arts council is also well-positioned to tend to the needs of a historic building.

“As a nonprofit entity, we would be able to apply for various state and federal grants that could support the maintenance and renovation of the theater, as well as partnering with other nonprofits in the community to help identify other sources of support so that we could use the facility more effectively,” said Gonzalez-Chavez.

In addition, the nonprofit has been tasked with developing the city’s Cultural Arts Plan as required by the Measure P parks sales tax.

The city purchased the theatre by using $3.6 million from Measure P with the remainder from other funding sources.

While the arts council has expertise in many areas, some people say it lacks a background in booking events and selling concert tickets.

That’s where property management companies and event promoters like Sterling Venue Ventures, Scottland Concerts, and Team Neville enter the competition. They have teamed up on a bid to run the theater. All three have expertise in managing venues and promoting events.

Lance Sterling of Sterling Venue Ventures is a long-time concert promoter and venue owner. He says booking and selling out shows is much more challenging than people think. Having a nonprofit operate the theater can become a liability to the city, possibly costing them millions of dollars a year, he opined.

The Neville family brings hands-on Tower Theatre experience. Susan Neville has helped manage the box office since 2003 and her son Jeph previously was the theater’s technical director and lighting designer.

“Everybody’s in a holding pattern and we’re all waiting to see what happens,” said Susan Neville. “The important thing to me is that the theater is sustainable whether I am there or not, as long as everyone’s happy and the right person is there doing the job.”

Other contenders include local production company Definitive Productions, which is owned by Tully Huffaker.

While Huffaker has brought many events to the Valley, he says that booking shows at the Tower has been difficult.

“I’ve worked with all types of different of music, and I’ve actually tried doing events at the Tower Theater (but) the existing people have always been gatekeeping the theater and keeping out anyone who’s at all new or interesting,” said Huffaker.

“I just wanted to throw my hat in the ring. … The Tower is just a really cool venue and it’d be really great to get some fresh stuff in there.”

Another bidder, Strummers Numbskull Shows, hopes to bring more alternative shows and concerts to the city.

Tamisha Braun, who is a Realtor and property management operator out of Georgia, has submitted a proposal.

She started her business Olive Branches Property Management LLC in 2017, and although she may not live near Fresno, she grew up on the West Coast and has connections in Fresno.

“I do work with a group of architects who design and clean venues of this nature. All of that stuff is what we do,” Braun said.