Driver Who Plowed into Sheriff's Recruits Group Is Released 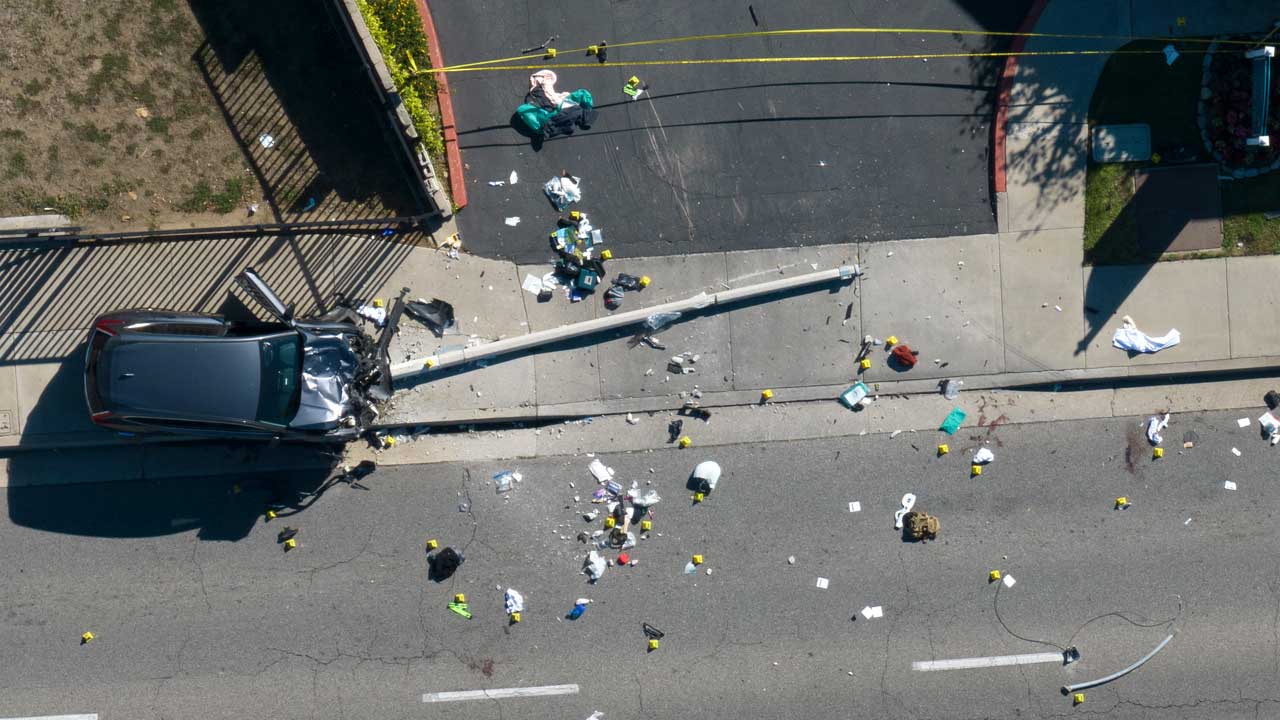 Investigators work the scene where 25 Los Angeles County sheriff’s academy recruits on a training run were hit by a vehicle that veered onto the wrong side of the road on Wednesday in Whittier, Calif. (Jeff Gritchen/The Orange County Register via AP)
Share with friends

Citing the need for further investigation, authorities released from custody a 22-year-old man who was arrested on suspicion of attempted murder of a peace officer after an SUV plowed into Los Angeles County law enforcement recruits who were on a training run, injuring 25 of them.

Nicholas Joseph Gutierrez, of Diamond Bar, was released late Thursday. NBC4LA broadcast footage of him arriving home and reported that he did not answer any questions.

“Due to the extreme complexity of the investigation, which includes ongoing interviews, video surveillance review, and additional evidence needed to be analyzed, homicide investigators have released Mr. Gutierrez from the Sheriff’s Department custody today at approximately 9:55 PM,” the Los Angeles County Sheriff’s Department said in a statement.

Authorities identified Gutierrez as the driver of an SUV that veered onto the wrong side of the road early Wednesday in the suburban Whittier area, where a sheriff’s academy facility is located.

Seventy-five recruits for the sheriff’s department and other law enforcement agencies were on a routine run in formation through the area. Five of the recruits were critically injured and two remained in critical condition Thursday afternoon, according to the department.

Sheriff Alex Villanueva said at a news conference a few hours after the crash that “so far, it looks like it’s an accident, a horrific accident,” but Gutierrez was arrested later that afternoon.

Villanueva told NewsNation on Thursday that investigators believe the crash was a “deliberate act” and that there was probable cause to make the arrest.

But he said Gutierrez was going to be “provisionally” released “until we can have the case iron clad, iron proof, and submitted to the DA for filing consideration. Right now, we want to tie up all the loose ends on the case and then present it to the DA.”

It will be up to the county district attorney to decide whether Gutierrez will be charged and for what offense. Gutierrez could not be reached for comment and it was unclear if he has a lawyer.

In the NewsNation interview, the sheriff referenced his long dispute with the county’s district attorney, George Gascón, who was elected to his office as a reformer.

“We operate under prosecutor George Gascón. We definitely have grave concerns about his ability to prosecute,” said Villanueva, who conceded defeat earlier this week in his reelection bid.

Laurie Levenson, a former federal prosecutor and criminal law professor at Loyola Law School who isn’t affiliated with the case, said attempted murder usually means there was intent to kill and the driver wasn’t simply distracted or didn’t lose control of the vehicle.

In an interview before the driver’s release, Levenson also said a key question is whether the sheriff’s department can perform an objective evaluation given that the agency’s recruits were victims of the crash.

That’s why it’s also important that prosecutors review the evidence and ultimately be the ones who decide, she added.

“They’ve gone after the highest possible charge — there is no doubt about it,” Levenson said of investigators. “The question is whether they are objective enough in evaluating this given that the crime was committed against their own. We’ve got to see what the evidence shows.”

Authorities said a field sobriety test performed on the driver was negative.