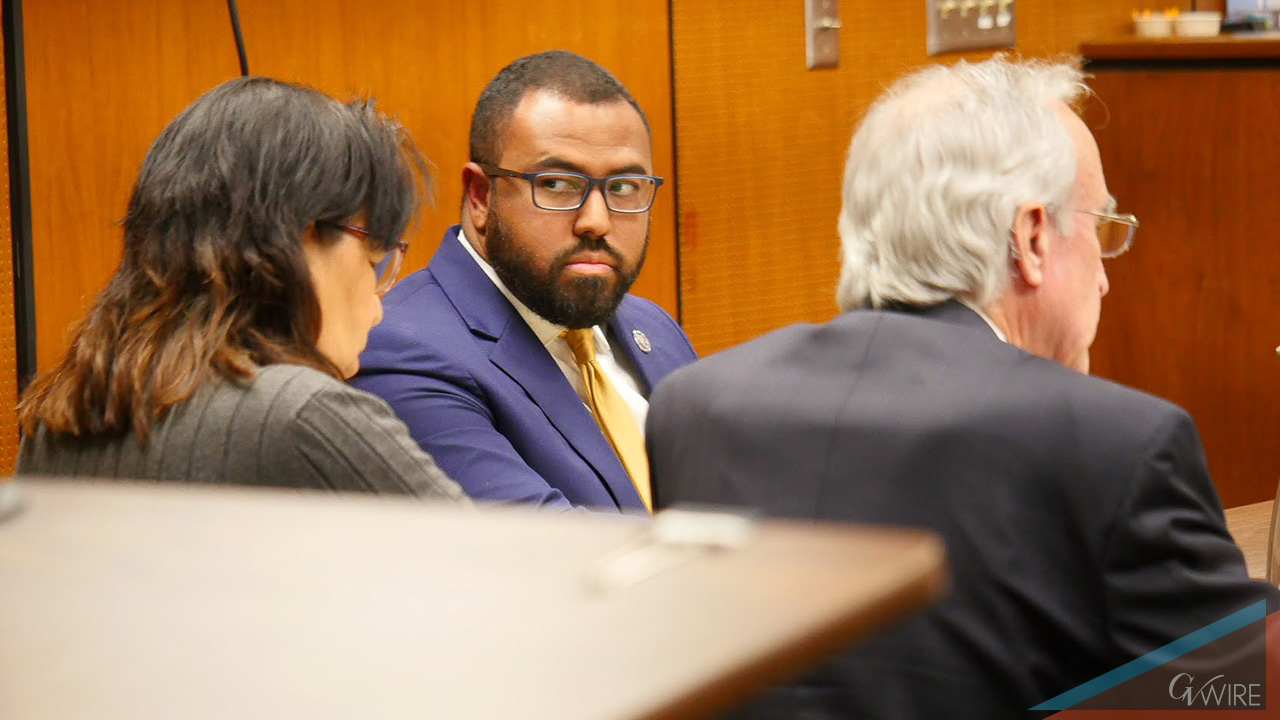 Esparza, charged in July, is accused of threatening then-City Attorney Douglas Sloan’s job if he did not work for the “majority” of the council, believed to be the liberal bloc of four led by Esparza.

Attorneys for Esparza argued at the hearing that Esparza’s conversation with Sloan was protected by the attorney-client privilege. Without that as evidence, the case should be thrown out.

Fresno County Superior Court Judge Brian Alvarez said Esparza waived that privilege when he filed a defamation lawsuit against fellow city councilman Garry Bredefeld last May. In court papers, Esparza detailed his side of the conversation with Sloan. The lawsuit was dropped in June without a hearing.

Esparza downplayed the setback, speaking to reporters after the hearing.

“We remain unconcerned and undeterred about the status of the case. We’ve said from the beginning that we look forward to the process and the proceedings and moving forward. We’ll look forward to exonerating the case on the basis of the facts. Again, we continue to look forward to proving that,” Esparza said.

He also thanked his supporters, some of whom appeared with him in the courtroom. Fresno Councilman Miguel Arias and State Center Trustee-elect Robert Fuentes were those who attended on Thursday.

“Most of the community sees the case certainly for what it is,” Esparza said.

Esparza pleaded not guilty on Oct. 27 to two counts — a felony attempted extortion charge and a misdemeanor violation of the city charter.

The case moves to the preliminary hearing stage — a hearing to review evidence — Tuesday at 10 a.m. 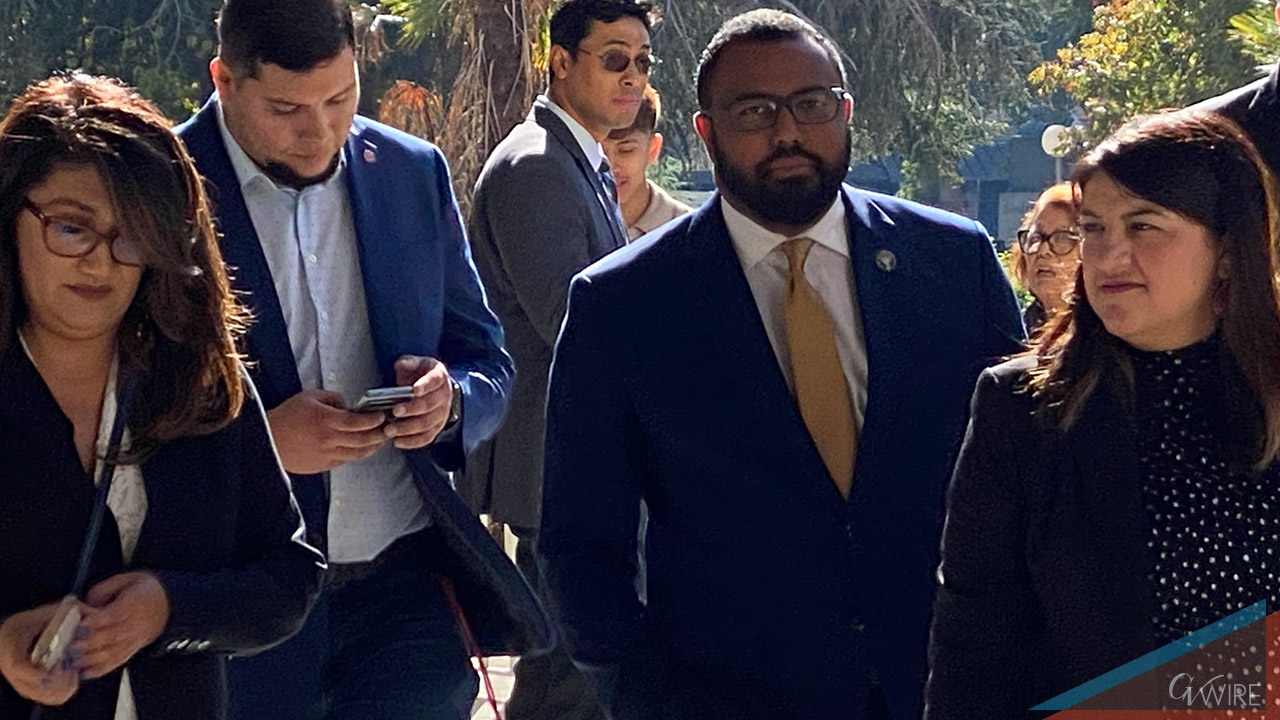 Both sides say that Esparza and Sloan met privately on April 22, 2022, a day after a City Council meeting. The exact recollection and tenor of that conversation are disputed.

Sloan testified that he was “making the rounds” in the city council offices, and met with Esparza about a council discussion the previous day about Sloan’s job performance.

“He made what I would call a demand or a threat,” Sloan testified. He repeated the claim several times during his testimony.

“It began with him saying, I’m just going to cut to the chase. I’m standing between you and you losing your job. From now on, you go to work only for the council majority. And I responded with, ‘So what do I do if the others ask me to do something?’ And he said, Come talk to me. And then I said, Where is Luis (Councilman Luis Chavez) on this? And he said, It doesn’t matter. That was the whole conversation,” Sloan testified.

Sloan left his Fresno job shortly after the alleged incident with Esparza for the city attorney position in Santa Monica.

Prosecutor Victor Lai also called Fresno County District Attorney Senior Investigator Marshall Varela as a witness. He testified about his role in investigating the case for the prosecution, confirming he interviewed Sloan. 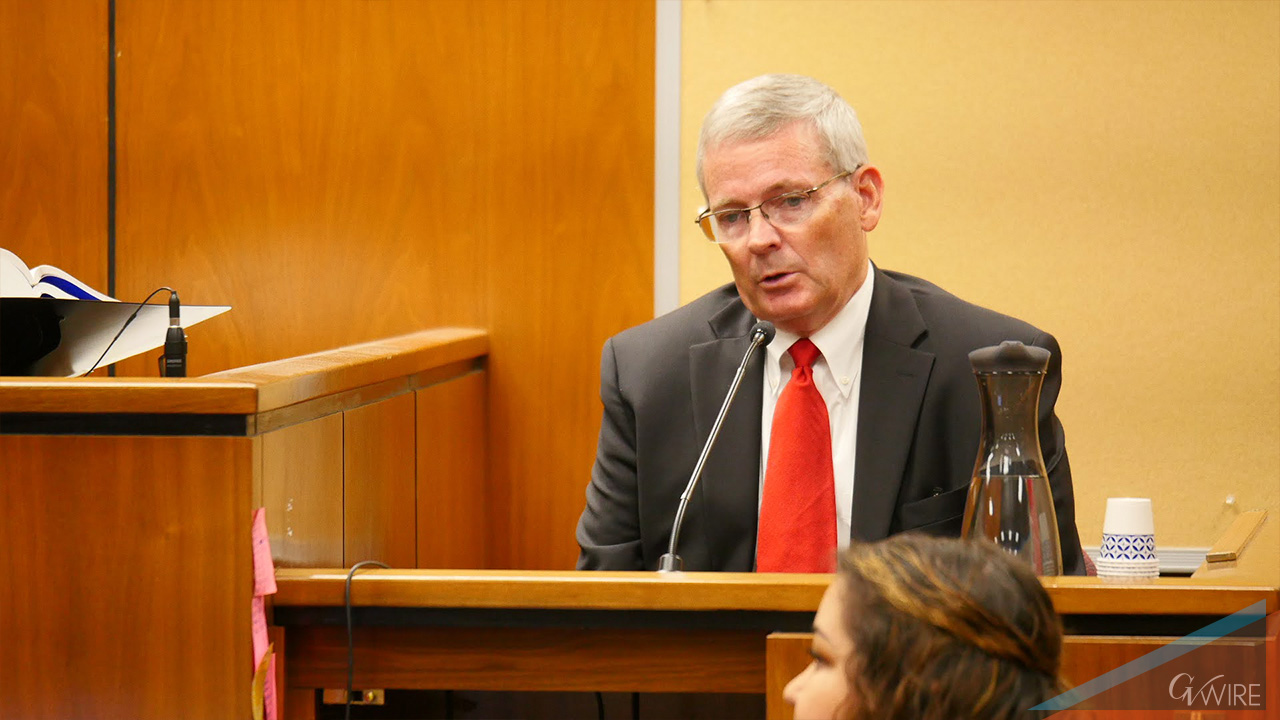 Esparza’s attorney, Scott Quinlan, cross examined Sloan, trying to pin down when communications are privileged, and when they are not. Both sides argued several legal theories.

“This is not your run-of-the-mill examination,” Alvarez said, recognizing the complexity of the case.

Alvarez said whether the Esparza-Sloan conversation was privileged “was debatable.”

“I don’t have to decide that question because I think the very clear answer to the court is that that any issue with regards to any claim of privilege has been waived by Mr. Esparza and the filing the civil lawsuit,” Alvarez said. 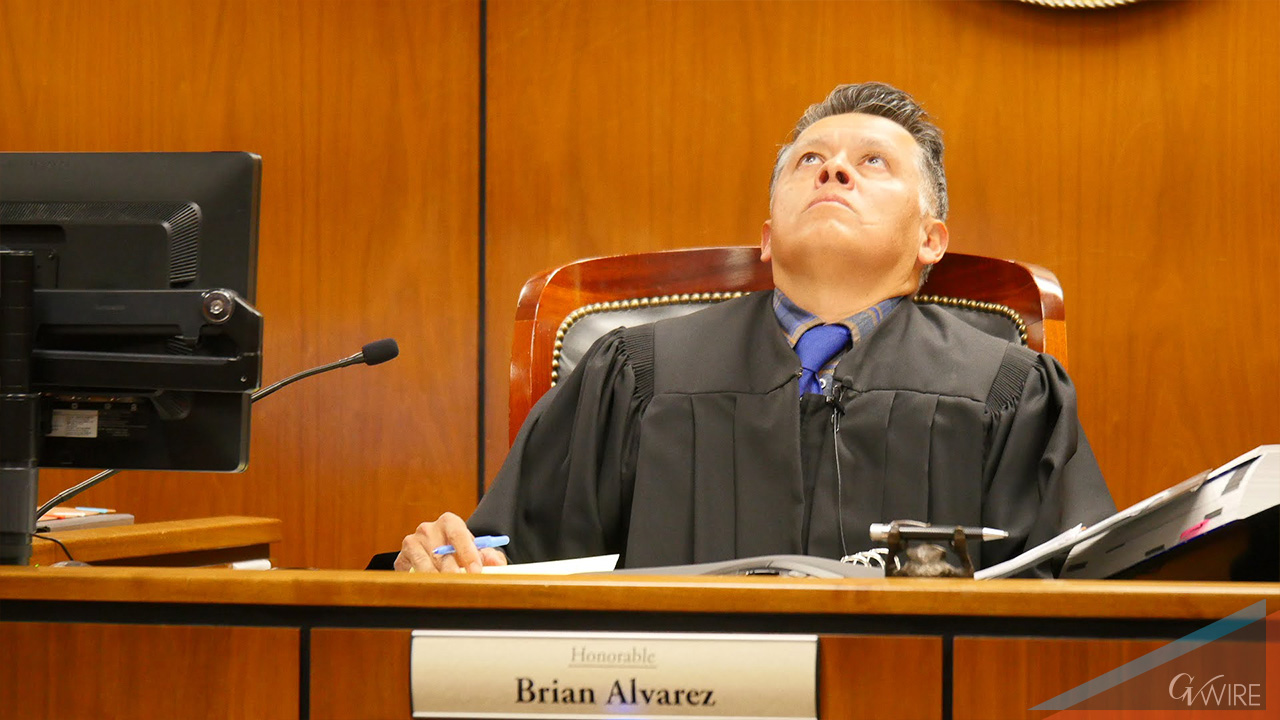 No Transparency from City Council

It has been 140 days since the Fresno City Council took a June 23 vote in closed session to fund Esparza’s legal defense.

Open meeting laws mandate that votes taken in closed session must be reported in open session of a government meeting. That has not happened in this case.

Once again, the City Council discussed Esparza’s case in closed session at its most recent meeting on Nov. 3 without revealing the vote from five months ago.

Councilman Luis Chavez said the council is working on that.

“These councilmember votes, I think is going to be public at some point. I think we should be public. So I’m looking forward to that conversation soon,” Chavez told GV Wire earlier this month.

He said that there is no individual councilmember that is blocking information from being released.

“I don’t think anybody’s been an obstacle. I think we just want to make sure — at least I’ll speak for myself — I just want to make sure that whatever we’re doing conforms with the law and that we’re doing it not just for a specific case, but that we’re very consistent. If we have to report certain decisions, that we need to be consistent and report all of the decisions that fall under that criteria,” Chavez said.

Part of the problem is a dearth of legal advice. The City Attorney’s office is conflicted out because they are directly involved in the Esparza case. The City Council received advice from an outside attorney, Jim Sanchez — a former Fresno city attorney himself.

“Jim Sanchez was retiring. They obviously notified us and we obviously have to secure another,” Chavez said.

A legal memo authored by Sanchez and Matthew Lear advised the council to reveal the June vote publicly. GV Wire sent the City Council a “cure” letter on Oct. 24, requesting the council reveal its vote. The body has 30 days to respond.

In court filings, Esparza’s legal defense team argued that the conversation with Sloan was protected under attorney-client privilege, and therefore exempt from being used as evidence. The motion cited evidence code, the city charter and the Rules of Professional Conduct for attorneys.

“At no time did Mr. Esparza authorize his counsel to disclose the contents of that communication,” the Esparza motion said.

The defense acknowledged an attorney should report a violation to a “higher authority in the organization,” but do so without revealing confidential information.

Esparza already waived his right to confidentiality when he filed a lawsuit against fellow councilman Garry Bredefeld in May, she wrote.

Another defense from the DA office: because Sloan did not offer advice during the conversation with Esparza, there would be no breach of confidentiality.

“If, in the interaction, there was no information transmitted, nor legal advice given, it is not covered by the privilege,” the response said.

The DA office also argued that:

In response, Esparza’s legal team refuted Smittcamp’s arguments. It asserts Esparza did have attorney-client privilege; and just because Esparza discussed the case in his civil lawsuit, that does not mean privilege was waived.

“The People should be required to make its prima-facie case, without reference to the alleged communication, that a crime or fraud was occurring. If they cannot establish a prima-facie case of a crime or fraud to which the conversation at issue related, then the conversation is presumed to be protected by the attorney-client privilege, and the case should not proceed,” Esparza’s attorney W. Scott Quinlan wrote.