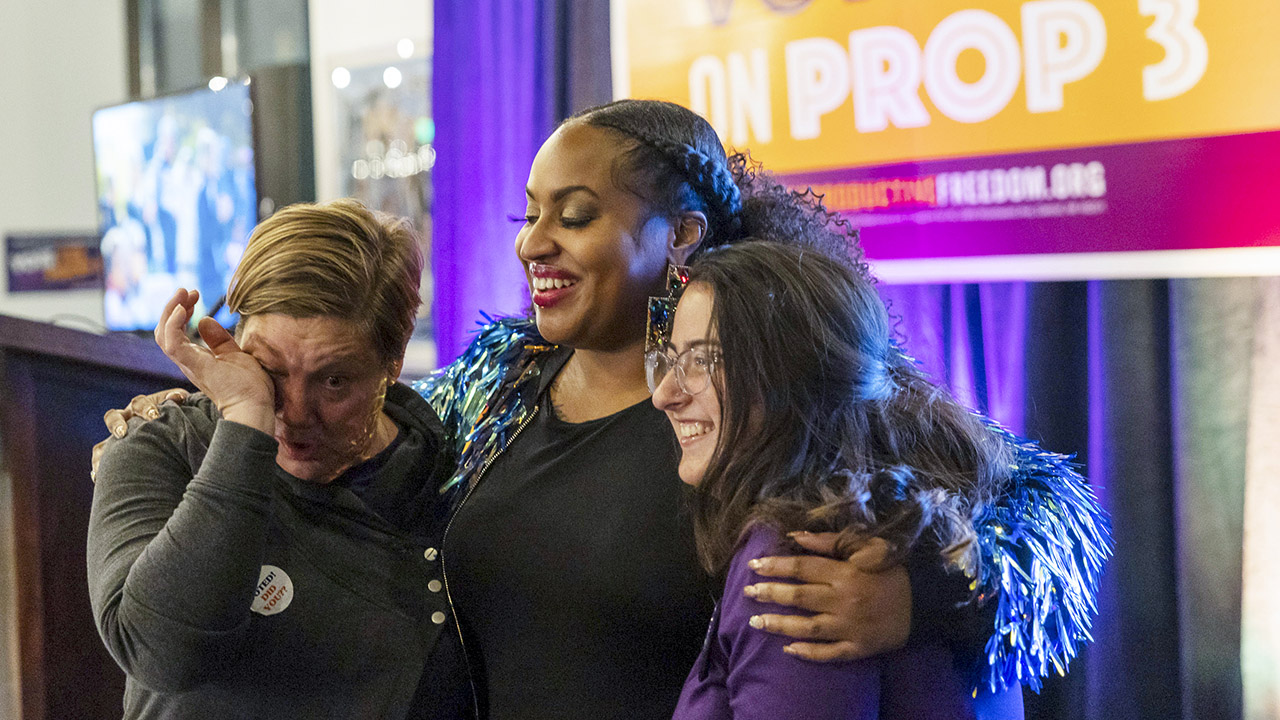 Abortion rights supporters won in the four states where access was on the ballot Tuesday, as voters enshrined it into the state constitution in battleground Michigan as well as blue California and Vermont and dealt a defeat to an anti-abortion measure in deep-red Kentucky.

In all, it was a dramatic illustration of how the U.S. Supreme Court’s decision in June to eliminate the nationwide right to abortion has galvanized voters who support women’s right to choose. The court’s June decision has led to near-total bans in a dozen Republican-governed states.

The Kentucky result repudiated the state’s Republican-led Legislature, which has imposed a near-total ban on abortion and put the proposed state constitutional amendment on the ballot. The outcome echoed what happened in another red state, Kansas, where voters in August rejected changing that state’s constitution to let lawmakers tighten restrictions or ban abortions.

“As we saw in Kansas earlier this year, and in many other states last night, this is not a partisan issue,” said Nancy Northup, president the Center for Reproductive Rights, in a statement. “People are energized and they do not want politicians controlling their bodies and futures.”

About 6 in 10 also say the Supreme Court’s abortion decision made them dissatisfied or angry, compared with fewer who say they were happy or satisfied.

Early returns in Kentucky showed thousands of voters who cast their ballots for Republican Sen. Rand Paul split with the GOP on the abortion ballot measure.

At a elementary school in Simpsonville, a small town outside of Louisville, 71-year-old voter Jim Stewart is a registered Republican who said he voted for Paul, but voted no on the amendment, even though he’s opposed to abortion.

“You got to have a little choice there,” he said.

Some originally thought the Kentucky ballot measure would drive more conservative voters to the polls. But after the Roe decision, abortion-rights supporters raised nearly $1.5 million to fight it.

In Michigan, supporters of the push to protect abortion rights collected more signatures than any other ballot initiative in state history to get it before the voters. It puts a definitive end to a 1931 ban on abortion that had been blocked in court but could have been revived.

On Michigan State University’s campus, junior Devin Roberts said students seemed “fired up” and that he had seen lines of voters spilling out of the school’s polling places throughout the day. The ballot measure was one of the main drivers of the high turnout, he said.

“I think students want to have the same rights that their parents had when they were younger,” Robert said.

Christen Pollo, spokeswoman for Citizens Supporting MI Women & Children, blamed the Michigan measure’s success on out-of-state donors who supported it, and predicted an “inevitable flood of litigation” over issues of parental consent.

Kentucky’s election outcome doesn’t lift its ban, which does not include exceptions for rape and incest, but it means a legal battle over the law will keep playing out. The ban faces a legal challenge presently before the state Supreme Court, and the amendment’s rejection leaves open the possibility that the court could declare abortion a state right.

Anti-abortion groups in Kentucky said they were disappointed in the results but the executive director of the Family Foundation pointed out that abortion bans remain in place and voters again backed “pro-life legislative majorities” in state government.

The reproductive-rights question in Vermont came after Legislature passed a law in 2019 guaranteeing reproductive rights, including becoming pregnant and having access to birth control. Supporters with the Reproductive Liberty Ballot Committee said the overturning of Roe meant “state-level protections are vital to safeguarding access to reproductive health care.”

In Montana, meanwhile, it was too early to determine the result of a ballot measure to create criminal penalties for health care providers unless they do everything “medically appropriate and reasonable” to save the life of a baby after birth, including the rare possibility of birth after an attempted abortion.

Election Takeaways: No Sweep for the Republicans After All