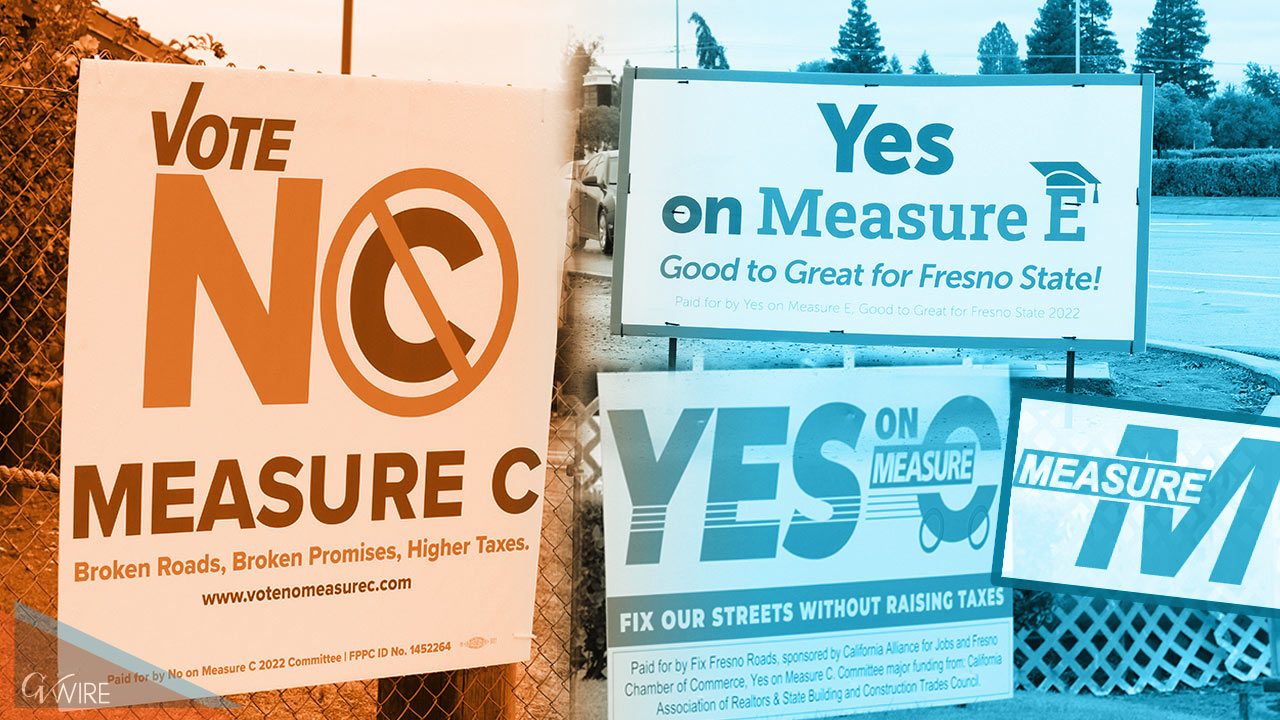 Voters in Fresno are deciding on three sales-tax measures that would help with Fresno State, veterans and transportation projects. 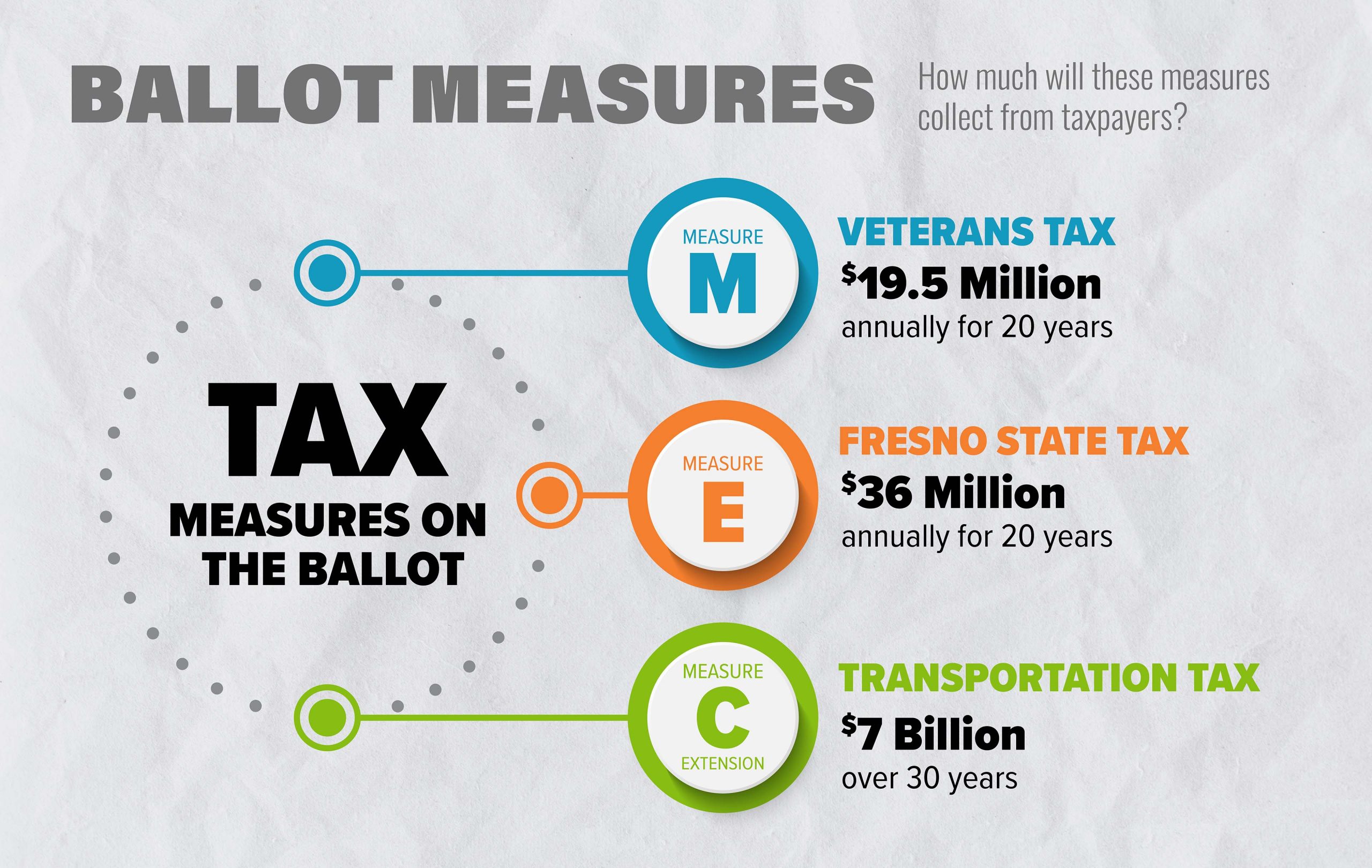 The measure would renew the existing half-cent transportation tax for another 30 years, from 2027-2057. The current Measure C, approved in 2006, expires in 2027. Because it was placed on the ballot by a government body, in this case the Fresno County Board of Supervisors, it needed two-thirds to pass.

Supporters said the tax renewal would generate $228 million annually — or $7 billion over the 30-year life of the tax.

Opponents complained that even the process to develop Measure C was unfair. Among their claims was that organizers did not have enough meetings to gather community input.

The No on C group’s arguments included that the measure did not provide enough programs to clean the air and offer mass transportation.

Measure E would add one-fifth (0.2%) of a percent to the county sales tax for programs and facilities at Fresno State. Supporters say at least two-thirds would go to academics, with up to one-third to athletics.

The tax increase would raise $36 million annually and would last for 20 years.

The measure was solely funded by the company of Richard F. Spencer, the Fresno-based developer magnate. Financial disclosure reports show that Spencer was the only Measure E financial backer, at $1.6 million.

Measure M would add one-eighth (0.175%) of a percent to the city of Fresno sales tax for veterans programs and facilities. Because it was added to the ballot by the City Council, it needs two-thirds to pass.

It is estimated to raise $19.5 million annually and would last for 20 years.