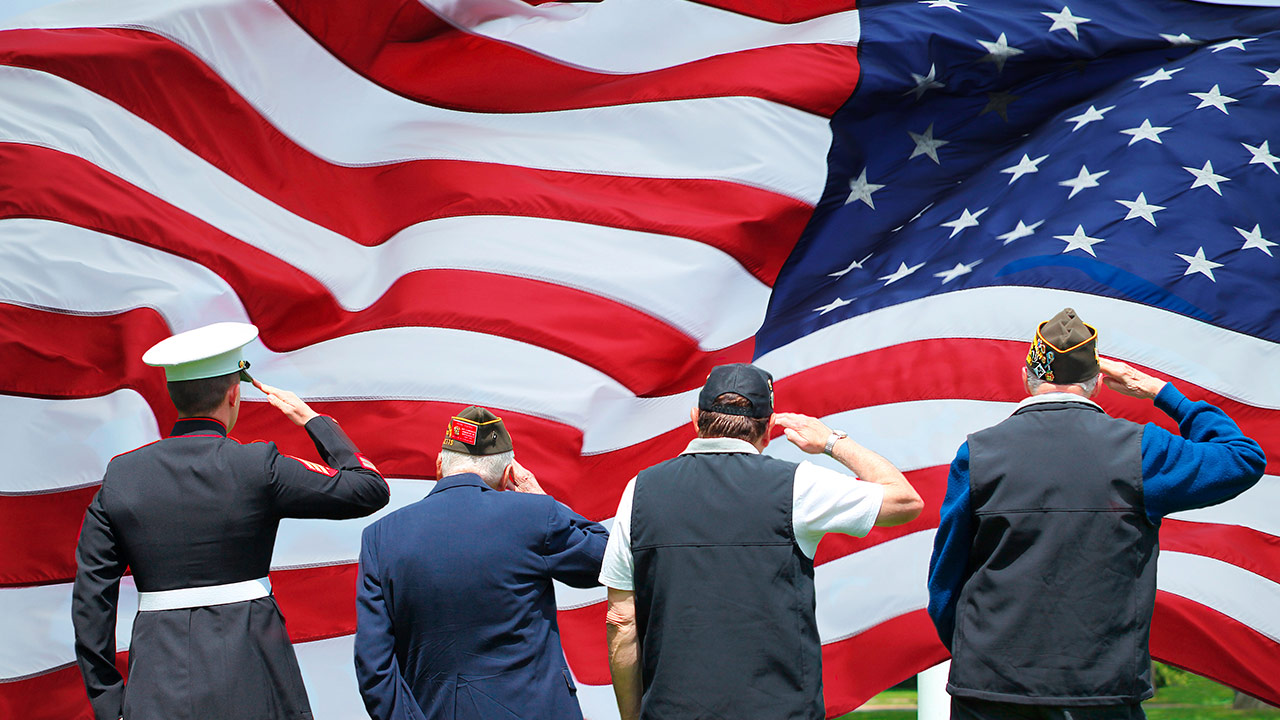 One of the nation’s biggest Veterans Day parades, a pancake breakfast, veterans recognition ceremonies, and other events are on the schedule for this week in the Fresno area to honor those who have served in uniform.

The Fresno chapter of the Kappa Alpha Psi fraternity will host the first-ever African American Veterans Recognition Event and Brunch. The free event will begin at 10 a.m. Wednesday and be held at the Maxie L. Parks Community Center, 1802 E. California Ave., in Fresno.

The event will recognize African American Veterans, their history, accomplishments, and contributions, and also address challenges specific to Black veterans.

Also on Wednesday, Fresno City College will recognize the 75th anniversary of the founding of the United States Air Force at this year’s Veterans Day Ceremony, which will start at noon at the Veterans Peace Memorial on the northwest side of the campus near Weldon Avenue. Parking is free in student lots.

All Air Force veterans will have a special recognition. The ceremony will include the presentation of the Citizen Soldier Award and keynote speaker Chief Master Sgt. Lynn E. Williams, the command senior enlisted leader to the adjutant general of the California National Guard headquartered in Sacramento. Williams was last year’s Citizen Solder Award recipient but was in Ukraine on a training assignment and unable to attend the ceremony. He is an adjunct instructor in the college’s Police Academy

This year’s Citizen Soldier Award will be presented posthumously to Frederick Edward Jaso, a Vietnam War veteran who earned many medals, including the Bronze Star and Purple Heart, during his service and then after returning home continued his education at Fresno City College while working fulltime in construction. Jaso earned an associate degree in liberal arts.

While in Vietnam, he was exposed to the chemical herbicide Agent Orange and was diagnosed with leukemia 20 years later. Jaso died in 1993. In his memory, his family, including his sister who nominated him for this award, established a scholarship at Fresno City College to honor his love of learning and serving others.

Also at the event, student veterans will participate throughout the ceremony which will also include a rifle salute by the American Legion Federal Post 509 Honor Guard and conclude with echo taps.

The event will kick off at 9:30 a.m. in front of Fresno City Hall with speeches from local leaders, and at 10:45 a.m. there will be a presentation including the National Anthem performed by a special guest.

Meanwhile, in Clovis the Clovis Veterans Memorial District has scheduled a series of events for Friday, starting with a pancake breakfast from 7 a.m. to 11 a.m. hosted by Veterans of Foreign Wars 3225 that will be held in the Independence Room of the district’s headquarters at 808 Fourth St. in Clovis

In addition, restaurants like Applebee’s, Famous Dave’s and Cattlemens, along with takeout spots like Little Caesars, Menchie’s Frozen Yogurt and Peet’s Coffee are offering free meals and discounts to veterans. Check out this list from Military.com.

Also on Friday from 9 a.m. to 2 p.m., there will be a car show on Veterans Parkway, veterans documentaries in the auditorium of the district’s headquarters, and the Community Heritage Center and Faces of our Veterans Exhibit in Veterans A/B will be open to the public.

A patriotic concert is scheduled for 11 a.m. in the Liberty Ballroom. The car show awards will be presented at 1 p.m.

At Kearney Park, the Fresno County Historical Society is offering free admission and tours of the Kearney Mansion Museum and Gallery to service members who should bring their military IDs. The tours will be at 1, 2, and 3 p.m. Friday.

In Madera, the group known as Stop Soldier Suicide has a fundraising event listed as a 50 Mile Ruck March Challenge. The event will start at 7 a.m. Friday at Madera VFW Hall Post #1981, 2026 N. Granada Drive.

Meanwhile, Friday will be a free admission day at Yosemite National Park in honor of Veterans Day.