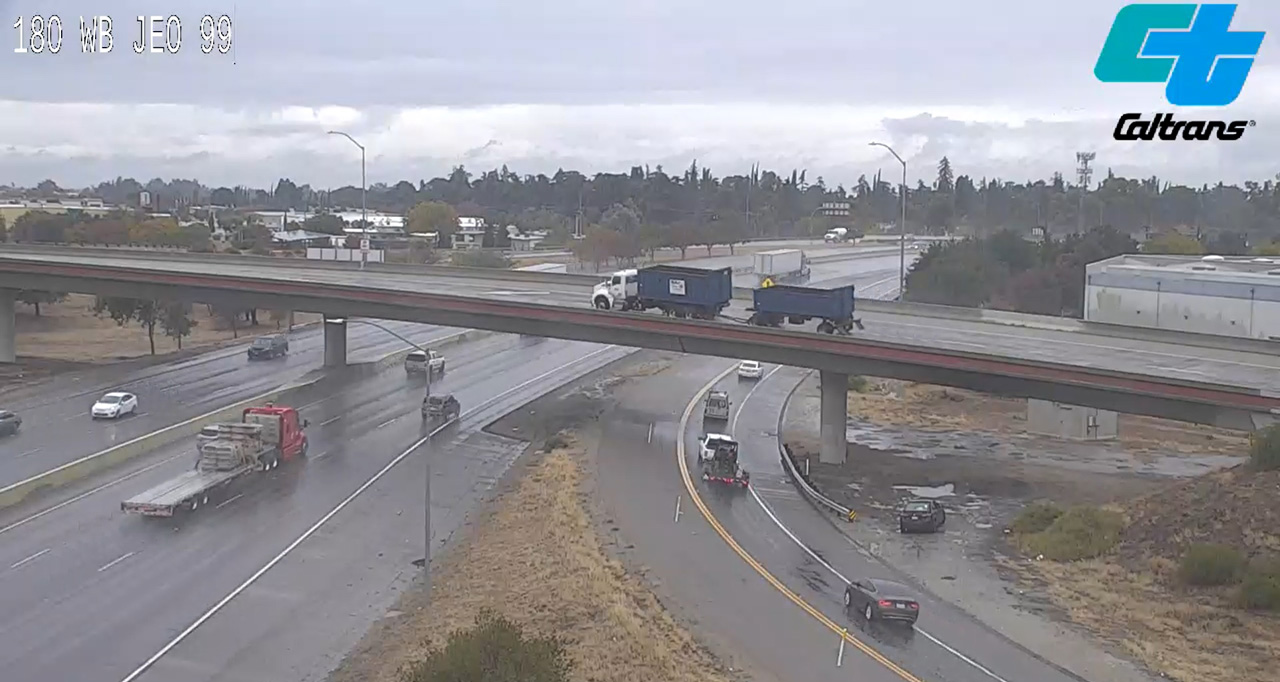 The record for rainfall in Fresno on Nov. 8 is 0.98 of an inch, and there’s a possibility Tuesday’s rains could top that, Kalb said.

“This is the first real major storm of the season, and let’s hope there’s more coming,” he said.

The winter storm warning will remain in effect until 10 a.m. Wednesday, Kalb said.

Flood advisories for western Fresno County and a portion of Madera County were cancelled Tuesday morning when the weather bands moved through, but flooding is still a possibility during the day as rain is expected to fall until Wednesday morning, with thunderstorms forecast for Tuesday afternoon, he said.

Flooding and slides could occur in burn scar areas, he said.

The total rainfall from the current storm is forecast to be 1 to 1.5 inches, Kalb said. Update: Kalb said later Tuesday morning that he was revising the rain forecast to a half inch to 1 inch for Fresno.

Meanwhile, snow levels are continuing to lower in the Sierra and snow will be falling at 4,000 to 5,000 feet on Tuesday, he said.

The end of the rain Wednesday morning will usher in a colder front that will lower overnight temperatures to the mid-30s in much of the Valley. which means it’s time to protect more sensitive plants.

Kalb said there’s a 25% chance of freezing temperatures in the South Valley and Madera Thursday night to Friday, which would also be record-setting for this time of year.

Tuesday’s overnight low is forecast in the lower 40s, he said.

The storm is the result of a low-pressure trough coming out of the Gulf of Alaska. Kalb noted that the trough is “pretty deep.”