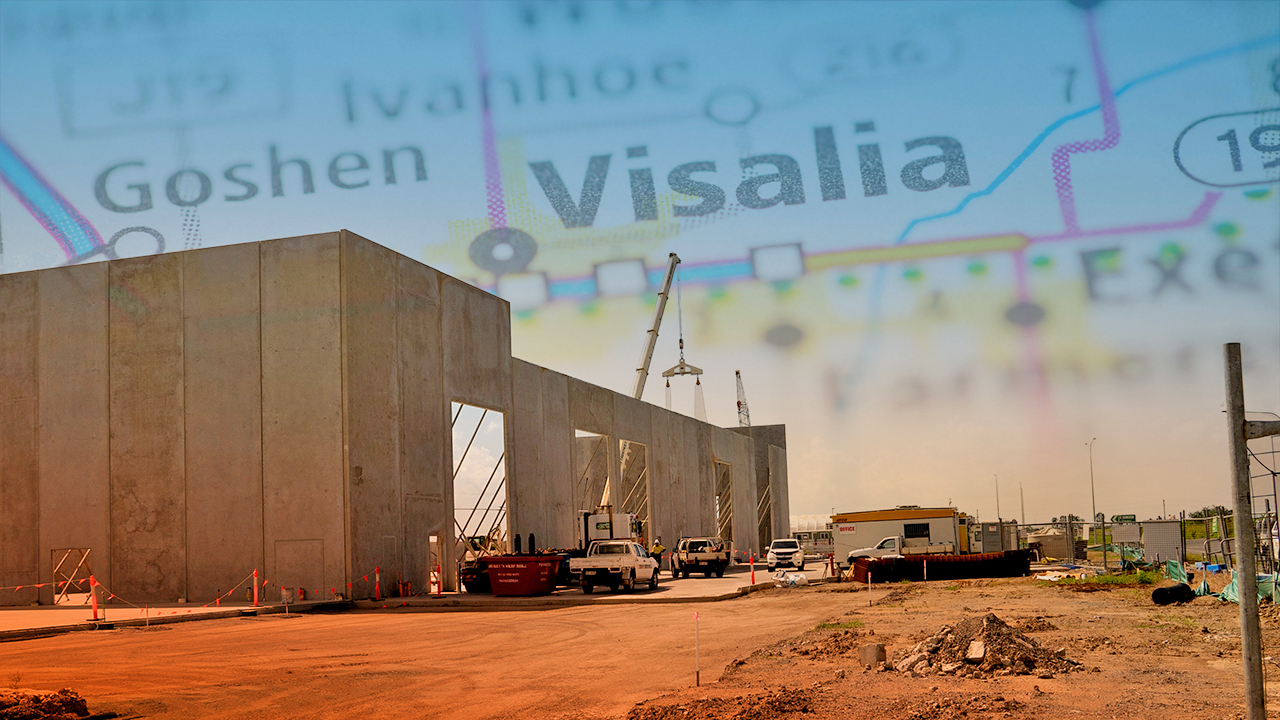 What does Visalia have over Fresno when it comes to attracting industrial warehouses?

“There’s too much yellow flags up right now,” Freddie Molina, executive officer for YS Buildings said. “I don’t want to buy a piece of land and then have to sit on it. We want to buy it, then we want to get in the building pretty fast.”

As reported by The Business Journal and The Sun Gazette, developers are making Visalia the place to be to build warehouses. The Visalia Industrial Park along Riggin Avenue on the northern edge of the city continues as the place to be.

Southern California-based developer YS Buildings is one of the latest to file plans. They expect a 356,000-square-foot warehouse to open in December. They are entertaining leasing offers. Solar company Sun Run operates out of another YS Buildings site.

The developer is awaiting annexation into the city of Visalia and a re-zone from agricultural to industrial for its next project — six warehouses totaling 1.5 million square feet — a $100 million investment.

Visalia: We Are Business Friendly

Devon Jones, the city of Visalia’s economic development manager, said the industrial park’s growth “was not something that happened overnight.”

“(The) City Council has consistently been very ‘business friendly’ and so the City has always been ‘open for business’.  This has been possible due to our streamlined process, dedicated staff that processes entitlements and permits in a timely manner and overall being very responsive to both prospective and existing companies’ needs,” Jones said in an email.

He would not comment on why developers seem to prefer Visalia over Fresno.

The Visalia Economic Development Corporation estimates manufacturing as a $1.1 billion industry, with 11,000 jobs. A map on the group’s website also shows faster UPS transit times out of Visalia than other cities. Multiple overnight carriers, including UPS and GLS, have hubs in the city.

“Visalia has zoned land available for industrial development that is geographically in a ‘sweet spot’ for overnight ground delivery across California and other major western markets. And now, with many active spec industrial developers investing and building in Visalia, these efforts over the last 10 to 15 years are now bearing fruit,” Jones said.

Visalia is having its growing pains as well, Molina said. But, its location and access to freeways made it worth it.

It’s not just the location that makes Visalia attractive. It’s the politics.

“I didn’t want to get into the political mess up there (in Fresno). Once I heard that it was just going to be not something I could touch right away, it wasn’t something that made sense for us,” Molina said.

Molina considered south Fresno for a site six years ago, but the difficulty of getting something through made Visalia a better option. He said Fresno’s problems are the battle of zoning for residential versus industrial.

“Until they can figure out how to balance everything out, they weren’t going to allow an industrial building,” Molina said.

“We’re taking a risk on building a building and hoping that once it’s built, we’ll be able to build comfortably. We’re not going into it and saying we’re going to wait to build until we have a tenant. So in that particular market, that’s what we are we would be afraid of,” Molina said.

Understanding the challenges in a given area is key, Molina said.

“You have to understand what the needs are in that market and what you can and can’t do. You can’t bend the rule no matter if you have political support. You just can’t,” Molina said.