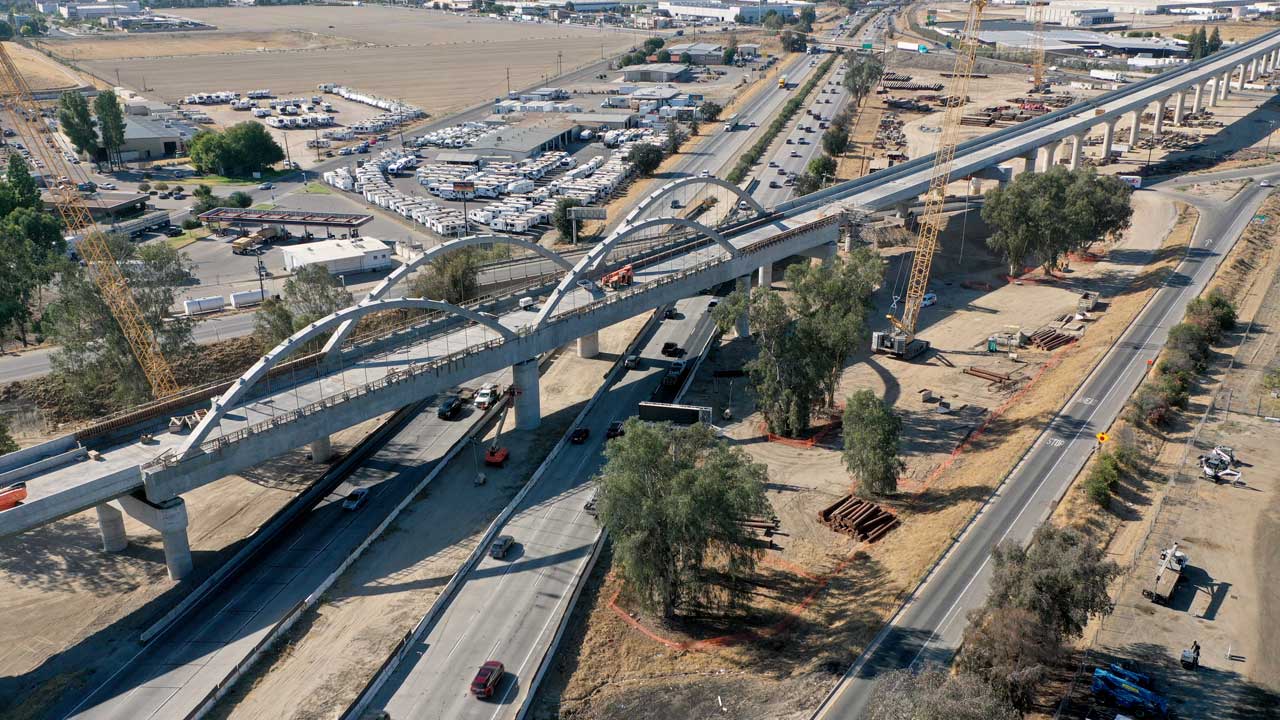 The initial operating segment of the controversial rail line is expected to originate in Merced and terminate in the southern part of Bakersfield. Construction is currently underway along 119 miles between Madera and Shafter.

The agency’s video highlights recent project milestones, including the completion of three high-speed rail grade separations in Madera and Kings counties that are now open to traffic. It also provides updates on the status of numerous construction projects in the Fresno area. These include grade separations at Belmont Ave. and at G Street in the downtown area, as well as the distinctive Cedar Viaduct over Highway 99 in southeast Fresno.

The agency says the California high-speed rail project has created nearly 9,000 construction jobs since the project began, with a majority going to Central Valley residents. In total, 171 miles of the train’s planned route are under development with more than 30 active construction sites.

How Long Will the Rain Last in Fresno?