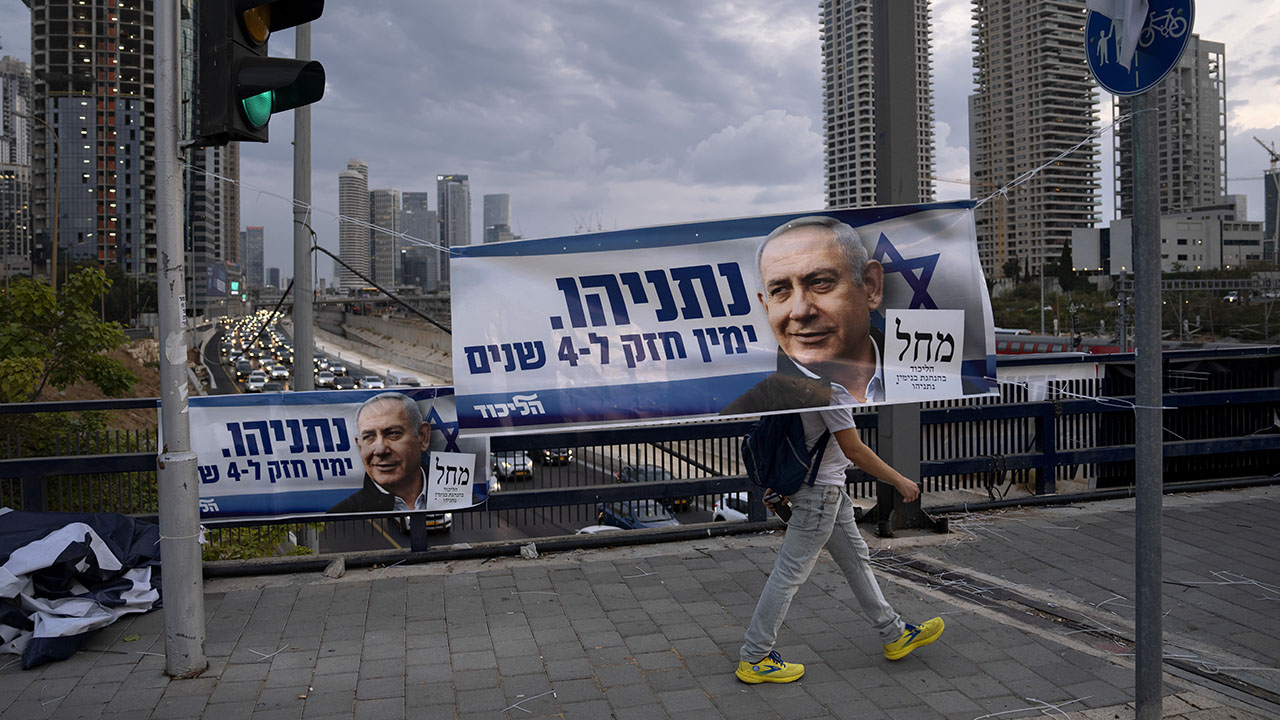 Israel is heading into its fifth election in under four years on Nov. 1. (AP File Photo/Oded Balilty)
Share with friends

JERUSALEM — Israeli voters appear to be hopelessly deadlocked as the country heads to elections once again on Tuesday, with opinion polls saying the race is too close to predict.

Former Prime Minister Benjamin Netanyahu, who governed for 12 years before he was ousted last year, is asking voters to give him another chance, even as he stands trial on corruption charges. The current prime minister, Yair Lapid, has billed himself as a voice of decency and unity. He hopes his brief term as head of a caretaker government has shown voters that someone besides Netanyahu can lead the country.

In Israel’s fragmented political system, neither Netanyahu’s hard-line Likud party nor Lapid’s centrist Yesh Atid is expected to capture enough seats in parliament to form a new government. Instead, each hopes to secure the required 61-seat majority in the Knesset, or parliament, with the support of smaller political allies. If neither succeeds, Israel could soon be facing another election, after already holding five votes in under four years.

Here is a look at the factors that could swing the outcome:

Both Lapid and Netanyahu need strong turnout from their bases.

Netanyahu, who appeals to poorer, religious and small-town voters with hawkish views toward the Palestinians, has spent the summer touring Israel and delivering campaign speeches to adoring crowds in a small, bulletproof truck known as the “Bibi-bus.” Lapid, popular with secular, urban voters, has built up a formidable army of volunteers and party activists across the country.

But the real key to the election could lie with Israel’s Palestinian citizens, who make up about 20% of the population.

Arab voters, whose communities have long suffered from poverty, neglect and discrimination, have little enthusiasm for either candidate and turnout is expected to be low. But those who do vote tend to favor Lapid and his allies. If Arab voters turn out in modest numbers, that could give a lift to Lapid. But if they stay home, as opinion polls forecast, their absence could push Netanyahu to victory. 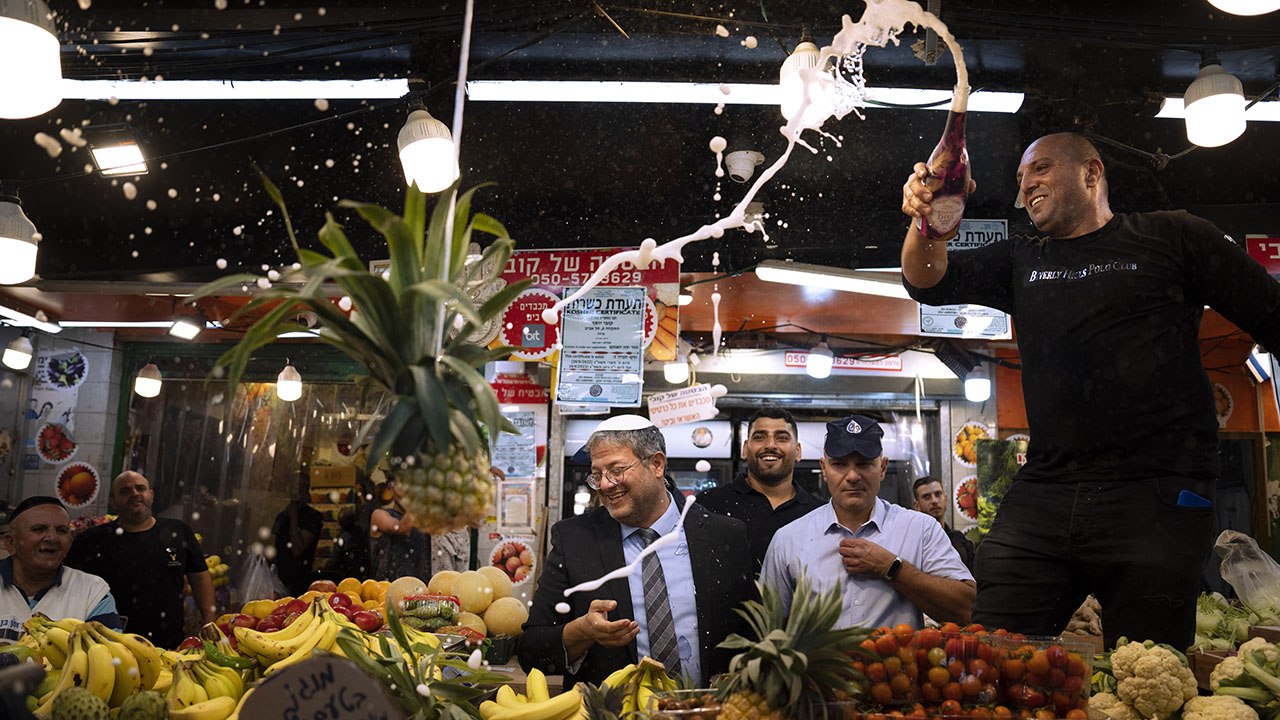 File – Israeli far-right lawmaker and the head of “Jewish Power” party, Itamar Ben-Gvir, center, and his supporters visit at Hatikva Market in Tel Aviv during his campaign ahead of the country’s election, Friday, Oct. 21, 2022. Israel is heading into its fifth election in under four years on Nov. 1. (AP Photo/Oded Balilty, File)

Any party that wins more than 3.25% of the vote makes it into parliament, with seats divided up by how many votes they capture. Over 10 parties could be elected.

Small parties that squeak past this threshold can find themselves in a powerful position to form the next coalition. For those who fall short, their votes are wasted.

Two venerable parties in the anti-Netanyahu bloc — Labor and Meretz — are hovering near the threshold in opinion polls. A failure by either of them to do so would be devastating for Lapid.

On the other side, “Jewish Home,” a hard-line nationalist party loyal to Netanyahu, is also struggling. Polls indicate the party will not make it into parliament. But if it does, the Netanyahu bloc almost certainly will win.

The far right “Religious Zionism” party has been the story of this campaign. Led by openly anti-Arab and homophobic politicians, the party has burst out of the extremist fringes of Israeli politics and is poised to emerge as one of the largest factions in parliament. It is a strong ally of Netanyahu, and its leaders will expect a generous payout if they propel him to victory. In return, they have indicated they will try to erase the charges against him.

On the other side, Defense Minister Benny Gantz, who leads a small, center-right party, could be critical for a Lapid victory. If Gantz can siphon votes away from Netanyahu, he could prevent the former prime minister from his hoped-for majority. Gantz also has good relations with Netanyahu’s religious allies and could potentially bring them over to Lapid’s side. That could make him a powerful player in coalition negotiations — and even position him to be a future prime minister.

During Lapid’s brief four-month term, Israel has fought a three-day battle against Gaza militants, stepped up arrest raids in the occupied West Bank and reached a diplomatic agreement with Lebanon over a maritime border between the enemy countries. An unexpected bout of violence or surprising diplomatic breakthrough could all potentially sway voters at the last moment.