Clovis School Board Hopefuls: Listen to Parents, Get Students Back on Track Academically

Three of the four candidates seeking election to the Clovis Unified School District Area 1 trustee seat offered their ideas for managing the district’s growth and their views on the pandemic-related school closures.

Their comments on these and other issues came Thursday evening during a candidate forum hosted by GV Wire.

Communications consultant Samantha Bauer, Realtor Joanne Burton, and nonprofit executive Clint Olivier appeared via Zoom at the forum. The fourth candidate, businessman Chuck Der Manouel, said he had a family commitment and was unable to participate.

The Area 1 seat is in the northwest corner of the district and entirely within the city of Fresno. Although trustees are elected to specific areas, the district’s elections are at large instead of by area, so voters in the entire district determine the winners of all the trustee races.

The deadline to vote is Nov. 8. 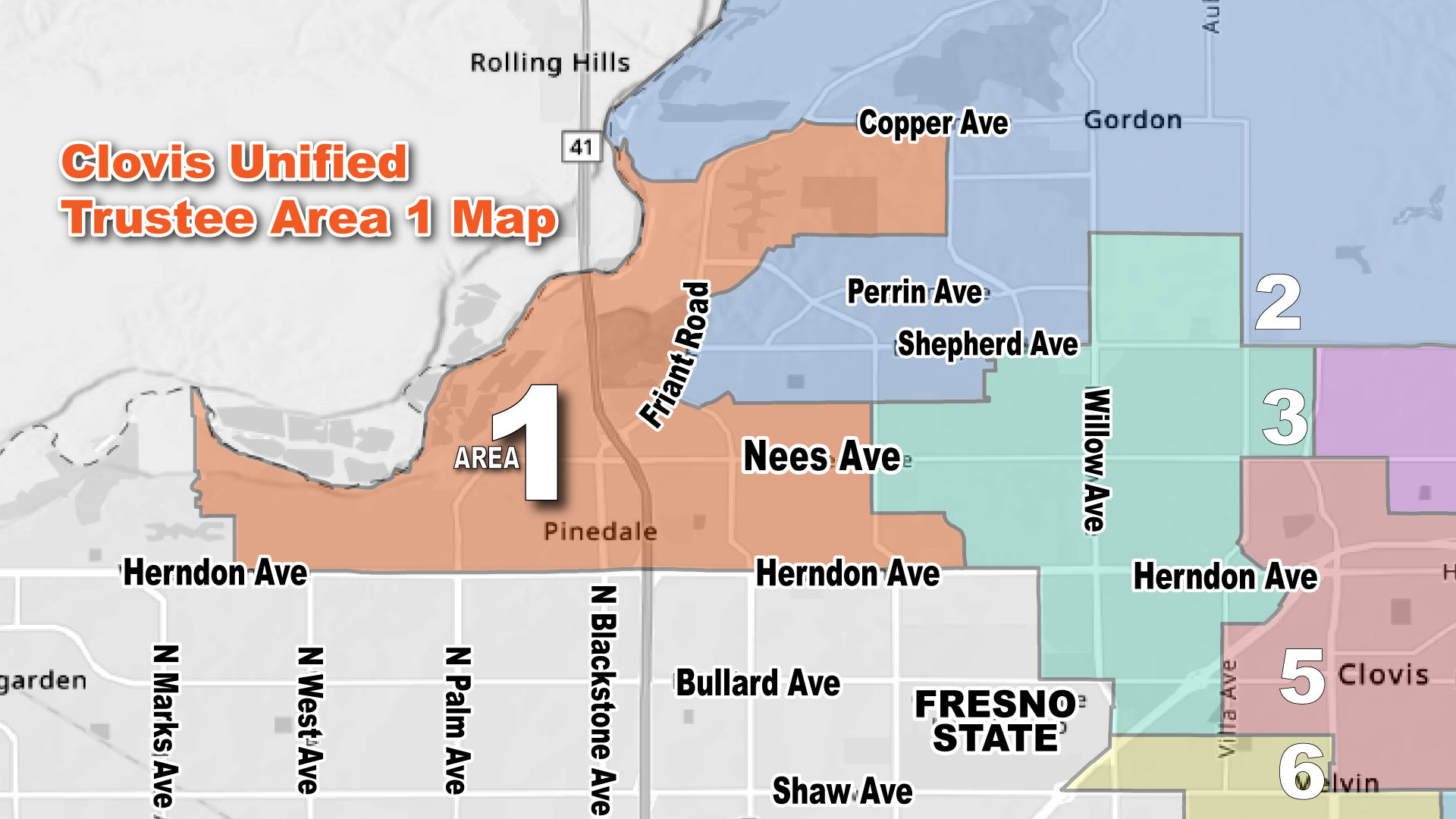 Some of the Q&A

Here’s a sampling of the questions and answers:

Q: With Clovis expected to continue its rapid growth, what challenges will the school district face as it becomes bigger and more diverse?

Bauer: “Managing growth is one of the biggest challenges for any organization, and for Clovis Unified in particular, that has such a strong history and a strong set of core values, it’s really important as we continue to grow, to hire the best and the brightest for our kids, but also that they understand where we came from and our history. You know, that starts with Doc’s Charge. Clovis Unified Foundation just recently received a $4.9 million donation from the Qualcomm founder, who obviously has a connection to Clovis Unified. And so the foundation is dedicating a lot of that to Doc’s Leadership Academy, which is absolutely critical in helping to keep the core values of Clovis Unified. So in managing growth, it’s making sure that we’re hiring the best and the brightest, and we continue to stay tightly connected to our core values.

Burton: One of the things that seems to work and is successful for Clovis historically and in general is that the area is divided up into high school districts. So within a very large school district, we also have these smaller, more manageable sub-districts that keep that small, maybe neighborhood feeling in the schools and in the area. And I’m sure that that will stay as a template for growth. So that in itself is going to help keep the Clovis character, the Clovis atmosphere, the Clovis flavor, a culture that is beloved here.

Olivier: As I’ve been out there campaigning and meeting with parents and meeting with people, the theme that keeps coming back over and over is communication with us. Communication with parents. Parents are frustrated, even though the district does an awful lot to do outreach and make sure that parents have information, the information that they need about what the kids are learning in school and about student activities and also access to the board meeting, board minutes, all those kinds of things. The thing that I keep hearing over and over is communicate with us. Communicate with us. Because when we feel like we don’t have the information, then we’re unable to parent our kids. We’re unable to let our kids know what’s going on, not just at school, but also in the world. So I think that as the district grows, I think it’s time to continue with good communication, but go the extra mile, do more to communicate with people as we’re bringing more parents and families and grandparents into the district. Folks from diverse backgrounds. Folks are frustrated because they want to hear from their district. So as we grow, continue to communicate.

Q: If you had been on the school board in March 2020 when the pandemic broke out, would you have advocated to keep schools open or open them sooner after they closed even at the risk of increasing infection rates locally?

Bauer: I got up every day and fought. I saw the impact to my two kids. I had a pandemic brat, and I’m not over it yet. She didn’t get a graduation. She didn’t get a prom. And my son was a freshman at the time. And I started to see the apathy set in in his eyes. And it scared me. And I was a mom working from home with my kids here. I saw the pain and we quickly — now, hindsight, of course, is 20/20. In that moment, nobody knew. We thought, OK, we’re going to hunker down for 15 days and we’re all going to, you know, we’re just going to move on with our lives. It quickly became apparent in May of 2020 we knew that our kids were going to be OK. And I will go as far — I’ve already gone on record saying this, what happened to our kids will go down in history as one of the biggest crimes against humanity, and we’re paying for it right now. You know, it was interesting. Recently, I had a conversation with an AP bio teacher at Clovis High School. She’s taught for nearly 30 years, and she said something interesting to me. She said, “We are the only species on the earth that sacrificed our young for the old.” We’ve learned a lot. But I got to tell you, never again. Parents need to be back in the driver’s seat. They need to make decisions for their kids. And we can never go back because we’re still cleaning up, folks. Not only do we have an academic issue, we’ve got a social and behavioral issue. These kids are not available for learning because they don’t even know how to play on the playground. So we’ve got some work to do. We’ve got to lean in, but we will never go back.

Burton: Well, I have to say, I agree absolutely with everything Samantha said. I’m in 100% in agreement with that. But I come from a science background. So the first thing I was always looking for is where’s the science to support locking down the schools? At that time, the science said children’s fatality rate from COVID is something like .0000, four zeroes and then a number. So you have to understand that’s extremely low. Children don’t suffer from COVID. Children weren’t dying from it. But we tortured our children. We isolated them. Depression is at an all-time high for children. These are things, you know, these prove out what a mistake it was to lock down the schools. And I would just emphasize that there was no scientific reason to do this to our children. And I was always looking for the science and never got it.

Olivier: We in California found ourselves in a bubble with the pandemic. There are places in the United States where the schools did not shut down. There are places in the world where the schools did not shut down. And so if I had been on the board at that time, I would not have supported any shutdown of our schools whatsoever in any way, shape or form. I would have brought forward something to my colleagues and to the administration, the superintendent, and say, there are times for choosing, and there are times to stand up and this is it. I think there’s a consensus between everyone that’s running for this seat, and I think there’s a scientific consensus that that was a mistake that we’ll be paying for for many years to come. Had I been on the Clovis Unified School Board, I would have said, Look, this is the time, giddyup. Let’s attract national attention. Let’s stand up for our kids. Let’s keep our schools open. Let the chips fall where they may. I think that in the situation that we had a couple of years ago, that bled into one year and into two years, people were hungry for elected leaders at all levels of government to stand up and and to be their voice and not to be afraid. And if in this situation, it would have been necessary to go into the court system to fight for our parents and our families and especially our children, then that’s the route that I would have chosen to take.

Suspect Voter Fraud or Intimidation? Here’s How to Report It.