Rikishi Is Coming to Fresno. Why He Didn't Want to Be a Headshrinker, and the Stinkface! 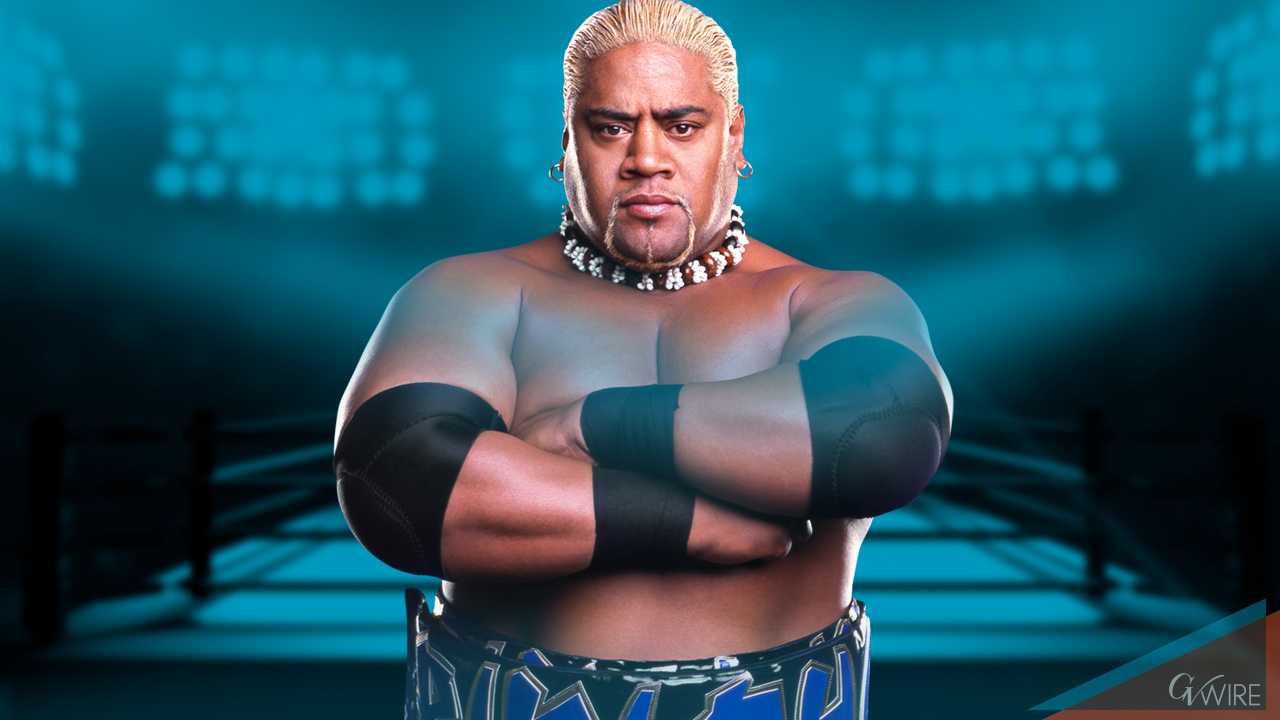 Pro wrestling Hall of Famer Rikishi went from being dead for three minutes to a legendary career.

Part of the Samoan wrestling dynasty — which includes Dwayne “The Rock” Johnson — Rikishi will be in Fresno on Saturday, part of the CVC card and memorabilia show. He will sign autographs and sell merchandise at the event from 10 a.m. to 5 p.m. at Chukchansi Park.

He looks forward to returning to Fresno.

“Fresno always showed me love,” Rikishi said. “Just a vibe of Fresno, people are just kind. They show me love and I show Fresno love back.”

One of the best parts? Friends showing him local restaurants.

“I don’t like to go to joints that are too high class, you know what I mean? I like going to the mom-and-pop stores … to support their business. I always feel like that’s the closest thing to a home-cooked meal. And, you know, I’m not the type of person that will pass up a good meal,” Rikishi said.

In an interview with GV Wire, Rikishi talked about his origins, his wrestling career, and developing his trademark move, the “Stinkface.”

Born Solofa Fatu Jr. (he says Solofa means “smooth” and Fatu means “heart” in Samoan) in San Francisco — the Excelsior neighborhood — Rikishi grew up on the church. His maternal grandparents were preachers.

As a teen, Rikishi got in with the wrong crowd.

“I was kind of getting into things that I wasn’t supposed to get into. One day I got hit by a drive-by shooting and that kind of changed my outlook on life,” Rikishi said.

“In Samoan culture, it’s not for us to be wandering the streets and doing things like I was doing,” Rikishi said.

“I was given a second chance. They pronounced me dead for three minutes in the General Hospital in San Francisco. To be able to see the pain of my family … I was in hospital for two months. As I looked around, I seen a lot of hurt on my family, hurt on my mother’s face, my parents. I felt it was my responsibility to be able to make this better,” Rikishi said.

“I kind of grew up into a man overnight.”

His mother sent him to the East Coast, to live and train with his uncles, the famed pro wrestlers The Wild Samoans, Afa and Sika.

For Rikishi, it meant joining the family business. His brother, Sam Fatu — aka The Tonga Kid, and the Samoan Savage — already was wrestling. A third brother, Edward Fatu — aka Umaga — wrestled as well, but passed away in 2009.

Reluctant to Portray a Samoan Savage

The success of the Wild Samoans — three-time WWF tag team champions — established negative stereotypes of island people. Some of the tropes included the inability to speak English, being uncivilized, hard heads, thriving on violence, and wrestling barefoot.

Rikishi was reluctant to form a new version of the Samoans, along with cousin Samu. They teamed together under the names the Samoan Swat Team, and later in the WWF as The Headshrinkers.

“I never liked that. For the record, Samoans are very far from that. You know, we’re happy-go-lucky people. We’re giving people. We speak English very well,” Rikishi said.

But wrestling is an entertainment business. And “mimicking our uncles” was Rikishi’s break.

“It was a fun time in the ring and traveling on the road because of having family members. The character of The Headshrinkers was definitely not for me and my cousin,” Rikishi said.

In 1995, Rikishi broke away as Headshrinker Fatu, and evolved into “Make a Difference” Fatu, a character close to his real-life personality. The character incorporated his tough upbringing, hoping to bring a positive outlook.

Evolution of the Stinkface

Still under a long-term contract with the WWF in the 1990s, Rikishi donned a new gimmick, The Sultan. He was billed as a mystical Middle Eastern wrestler, managed by The Iron Sheik. That character flopped as well.

In 1999, the WWF sent Rikishi into its developmental territory in Memphis. It was make it-or-break it time. Even though he bulked up to 425 pounds, WWF management got an idea.

Rikishi was called into a meeting with then-WWF boss Vince McMahon.

“Either there is an idea to where he’s got something in mind for you … or you pretty much (will) be released,” Rikishi said.

Fortunately, for Rikishi, McMahon wanted a sumo character. He was given the name Rikishi, which literally means sumo wrestler. At his size, it seemed like an appropriate gimmick. Plus, his cousin Yokozuna had become WWF champion a few years prior with a similar persona.

Rikishi jazzed it up to get maximum attention. He wore the traditional mawashi — the sumo “thong” — and no tights, accentuating his ample backside. He dyed his hair blonde. And, he danced in the ring.

“I kind of molded that character to my real personality. I’m a fun type of guy. I’m happy-go-lucky, easy to get along with. I love to dance. And the rest is history,” Rikishi said.

What put the gimmick over the top was the “Stinkface,” a move where Rikishi stuck his backside directly into the face of a hapless opponent. It became his signature move.

Rikishi thanks a little old lady, who suggested the move during a Feb. 5, 2000 match in Mobile, Alabama. The Big Boss Man was the unlucky recipient.

“Some voice yelled out, ‘Rikishi, stick your butt in his face,'” Rikishi said.

The crowd sensed the anticipation. Working toward the “pop,” Boss Man told Rikishi “come on baby, stick that booty in my face!”

“You can hear the crowd as if a volcano erupted,” Rikishi said.

The move found its way into a TV match a week later. Rikishi jokes that he owes that lady “residuals.”

Celebrating his 57th birthday a few weeks ago, Rikishi has the aches and pains of a 30-plus year wrestling career.

“Some days I have a hard time getting around. But I got 13 grandkids,” Rikishi said. “They keep me moving. I’m surrounded by love.”

His diet may be different now. Back then, he purposely bulked up. Now “I work to keep the weight off, and it’s been going good for me.”

Rikishi raised nine children, three of whom are active WWE wrestlers — Jimmy Uso, Jey Uso, and Solo Sikoa. Their cousin, Roman Reigns, is the top wrestler in the world.

He Threw a Shovel at Investigators. Now He’s Going to Prison.