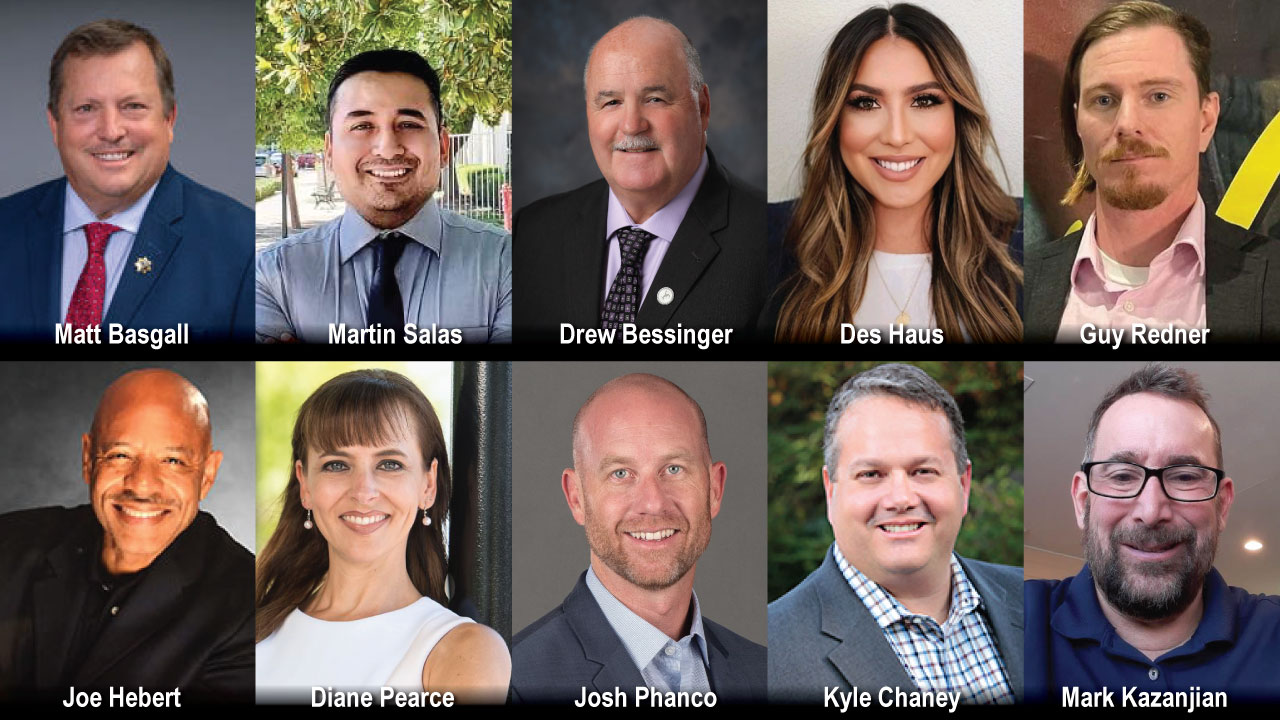 Clovis voters will choose from among 10 candidates to fill three seats on the City Council. (GV Wire Image)
Share with friends

Ballots have been mailed to all registered voters in the city — 73,000 at last count. Votes must be turned in by 8 p.m. on Tuesday, November 8, or postmarked by that date if returned by mail.

Voters will choose three names on a single ballot of 10 candidates. Bessinger is the only incumbent running, meaning there will be at least two new councilmembers elected. Jose Flores decided not to run, and Bob Whalen was elected county judge last June.

GV Wire and CMAC will host a forum with five candidates live Wednesday at 6 p.m. (with video available to watch anytime after). Those scheduled to appear include Basgall, Pearce, Kyle Chaney, Joshua Phanco and Des Haus. The forum will air live the GV Wire website and Facebook page and on CMAC (online, Ch. 94 on Comcast Xfinity, or Ch. 99 on AT&T U-Verse).

Another forum with the remaining candidates is being scheduled for next week.

The poll asked 202 respondents about their candidate preferences, most important issues, and candidate name familiarity. The margin of error was plus/minus 7%.

Bessinger, running for a second full term, garnered the most support among those polled with 39%. Nearly half of the respondents (49%) heard of him.

Pearce, head of a Republican women’s group, was favored by 37%. She also ran for a City Council seat in 2021. Of all the candidates, she had the most name recognition with 60%.

Basgall, the former Clovis police chief, garnered the support of 26% of respondents. His name recognition stood at 33% in the poll.

Although the Clovis City Council race is nonpartisan, survey respondents were told the political affiliation of the candidates. Bessinger, Pearce and Basgall are Republicans.

Joe Hebert, parks director for the city of Madera and a Democrat, picked up 21% of support. Only 13% of respondents had heard of Hebert.

The poll asked respondents what the top issue was. Public safety was the overwhelming response, at 48%.

Asking about growth in the city, 29% of respondents want less of both commercial and residential space. That was followed closely by 28% who said the city was on the right track.

The survey conducted by phone using this questionnaire. Candidate backgrounds were provided based on information available publicly, but without including any “messaging.” The sample universe of “likely voters” included only voters who voted last three of six elections (primary and general, plus the last Clovis City Council election), for a total of 39,307 voters. The sample was 202 voters.

Full results can be found here.