Valadao is being challenged by Assemblyman Rudy Salas, D-Bakersfield, in the Valley’s 22nd Congressional District race.

“This country is in a lot of trouble,” Pence said. “In many respects, America is facing a crisis at home — in our economy, in a crime wave in our major cities, in the assault on our values and our liberties. That comes from the radical left.”

He called Valadao “a man of integrity. A man that has stood strong for the conservative heartland values that literally are in the agricultural heartland of California.”

Pence is optimistic about Republicans’ chances. He said fellow Central Valley congressman Kevin McCarthy, R-Bakersfield, is in line to become Speaker of the House; and Valadao would continue to serve on the House Appropriations Committee.

“Newsom has been horrendous for us on water and you’ve got someone running against me who’s worked with him apparently over the last few years, it has never stood up to him and asked him to step up and either one, stop the lawsuits against us on the federal level, that would help us on water or do something that would actually help us at the state level. And both those situations are dramatic,” Valadao said.

“It just made life difficult. And you’ve got someone running for office on these things that he says he’s done. But everything they’ve done at the state level has hurt us more than has helped us,” Valadao said. 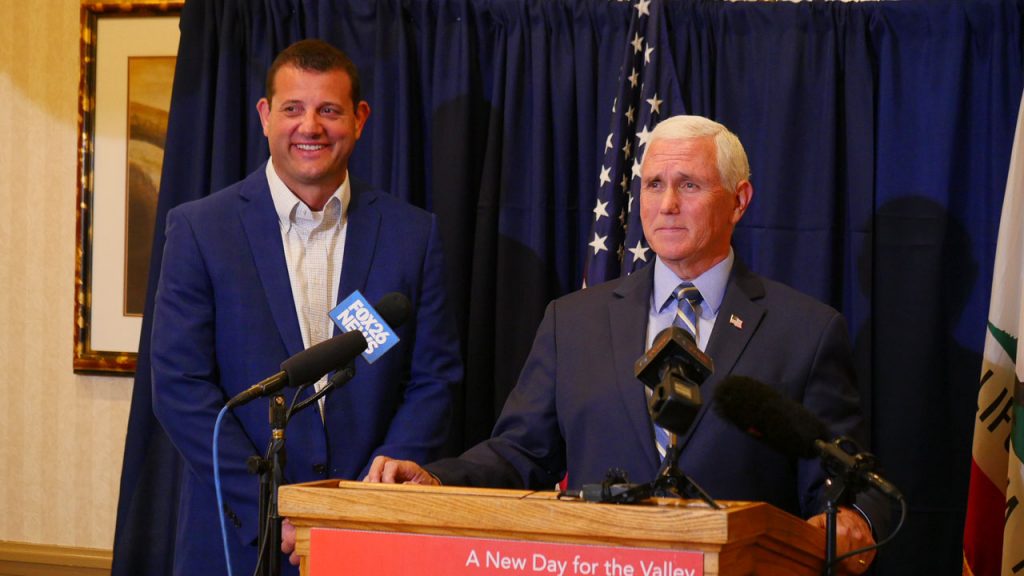 Former vice president Mike Pence would not say if he plans to run for president in 2024. (GV Wire/Jahz Tello)

Pence campaigned for Orange County Republican Scott Baugh yesterday. The former vice president then visited with daughter Charlotte, and her husband, Henry Bond — a lieutenant stationed at Naval Air Station Lemoore. They are expecting a child next year.

“I took (my son-in-law’s) pickup truck down to the gas station this summer and filled up like a father-in-law is supposed to do it. Just broke the bank. California is paying some of the highest gasoline prices in the country and we need a majority on Capitol Hill to unleash American energy,” Pence said.

“I’m going to stay completely focused, all the way through Election Day, making sure people like David Valadao get re-elected,” Pence said. “Then my wife and I will do what we always do. And that is we will reflect, we’ll pray and we’ll go on where we are called.”

As far as possible Democrats running in 2024, Pence said: “I look at the entire field of Democratic candidates, most of whom I know personally, and I like our chances.”

Outside spending in the race is more than $15 million combined, Open Secrets reports. Political action committees associated with the respective parties and their leaders have spent at least $2.7 million each. 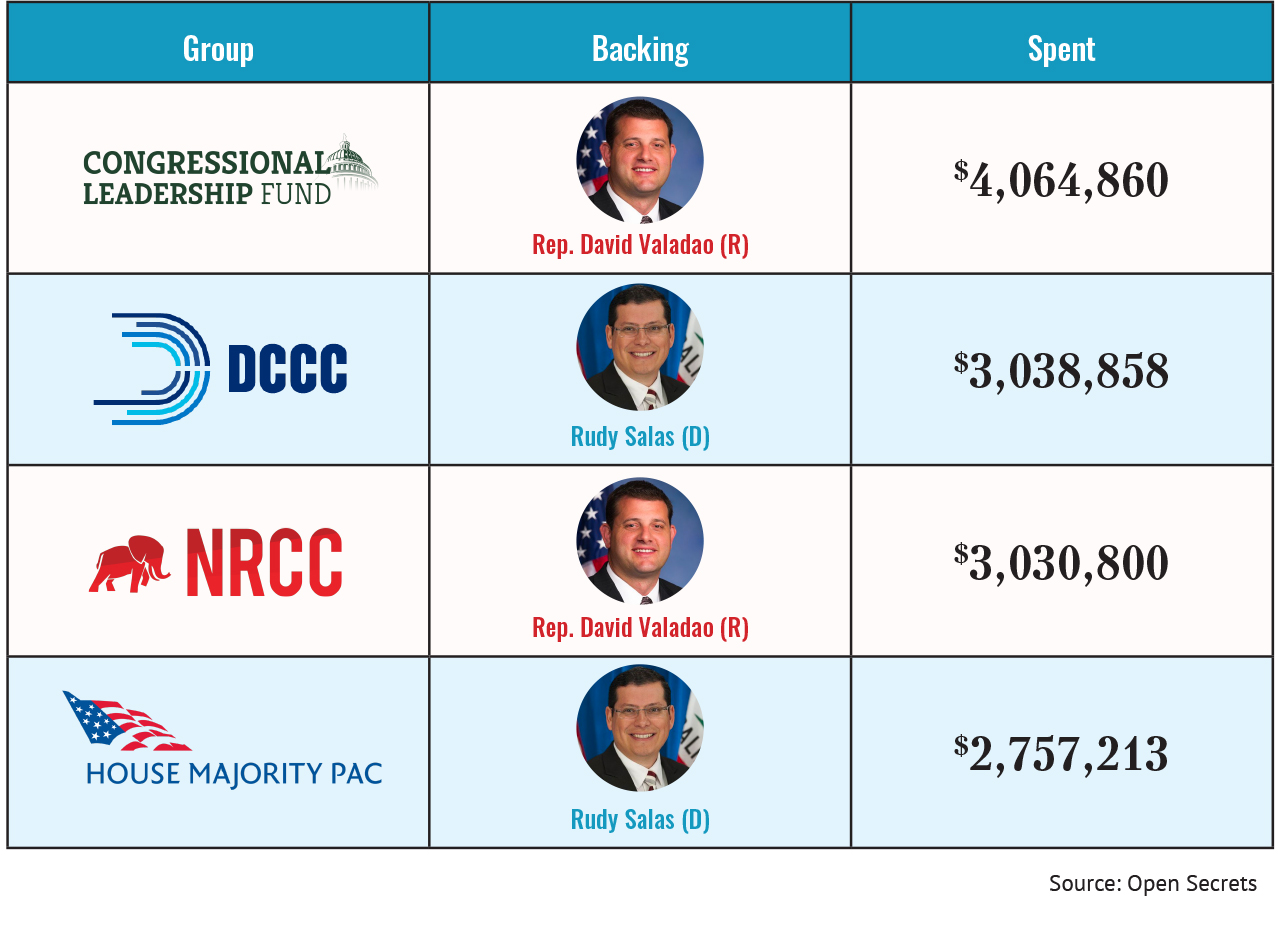 Valadao and Pence met with supporters at Harris Construction, near the Fresno airport. The pair later spoke to the media at the Piccadilly Inn Airport.

Campaign officials said approximately 60 people attended. No other elected leaders were there.