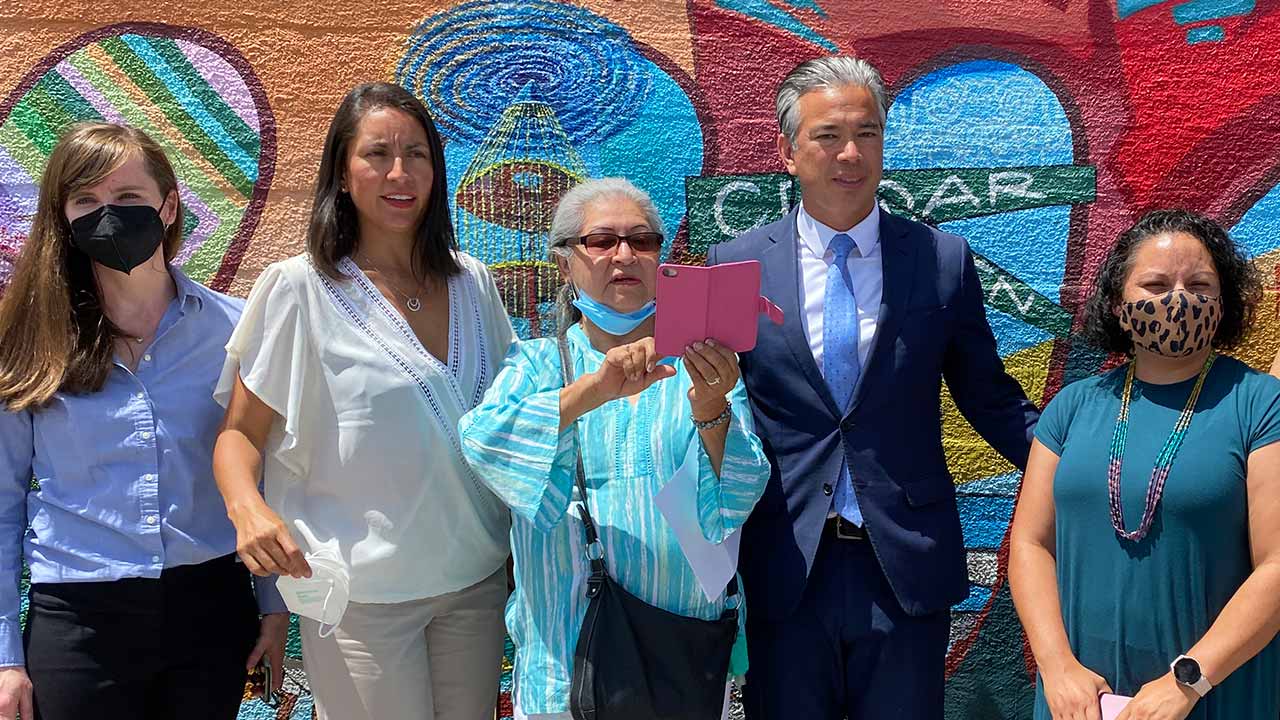 State Attorney General Rob Bonta told Fresno officials to halt their plans to rezone an industrial site in a southwest neighborhood because of concerns about negative environmental effects on a marginalized community.

“Southwest Fresno contains some of the most over-burdened and under-invested environmental justice communities in all of California,” Bonta said in a news release on Wednesday. His office also wrote a 13-page letter to the city today as a comment on the Southwest Fresno Rezone Plan.

“The city’s proposal to rezone this land once again is misguided, and I urge the City Council to abandon this likely unlawful proposal,” Bonta said.

In a news release, Bonta’s office said the rezone is “potentially unlawful” because it possibly violates environmental and housing laws.

“Specifically, the city appears to have failed to conduct an accurate environmental review and to consider the cumulative impacts of the project in violation of the California Environmental Quality Act. The city has also not adequately disclosed how it intends to satisfy the Housing Crisis Act, which prohibits changes in residential land use designations that would decrease the availability of housing capacity, among other potential violations,” the AG’s office said.

This is at least the second time this year Bonta has weighed in on local land use matters. He sent a letter to Fresno County, warning of legal implications for rezoning in an area near southwest Fresno.

The Fresno City Council is set to discuss the rezone Thursday at 10 a.m. The plan would change an area in southwest Fresno from mixed-use to light industrial.

The city rezoned nearly 93 acres from light industrial to mixed-use in 2017 as part of the Southwest Fresno Specific Plan. But business owners in the area wanted to zone the land back to its original use.

“We disagree with the legal and factual arguments presented.  The bottom line is that these businesses were recently induced by the City to make a collective investment of over $150 million in southwest Fresno between the early 2000s and the mid-2010s,” said John Kinsey, an attorney representing the developers, in an email to GV Wire.

“They cleaned up contamination from the preexisting dairy. And they have all recently brought national tenants and good-paying jobs to the City. Ironically, the disapproval of the rezone would make it far more difficult for my clients to receive the financing and other investment they need to upgrade to electric infrastructure and other clean technologies promoted by state agencies such as the California Air Resources Board.”

The rezone has been opposed by neighborhood and environmental justice groups.

During a June planning commission hearing where the plan was approved 3-2, longtime community activist Mary Curry said, “To go with this plan is wrong. We have been dumped on all the years I’ve been in Fresno.” 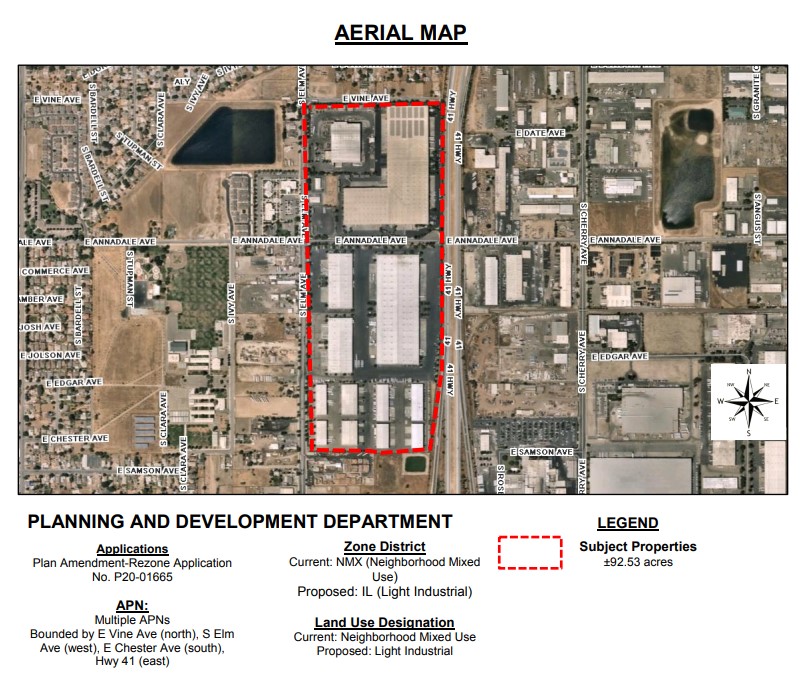 Aerial map of the proposed rezone in southwest Fresno. (City of Fresno)

California Needs Clear Rules About Where Housing Can Be Built: Walters