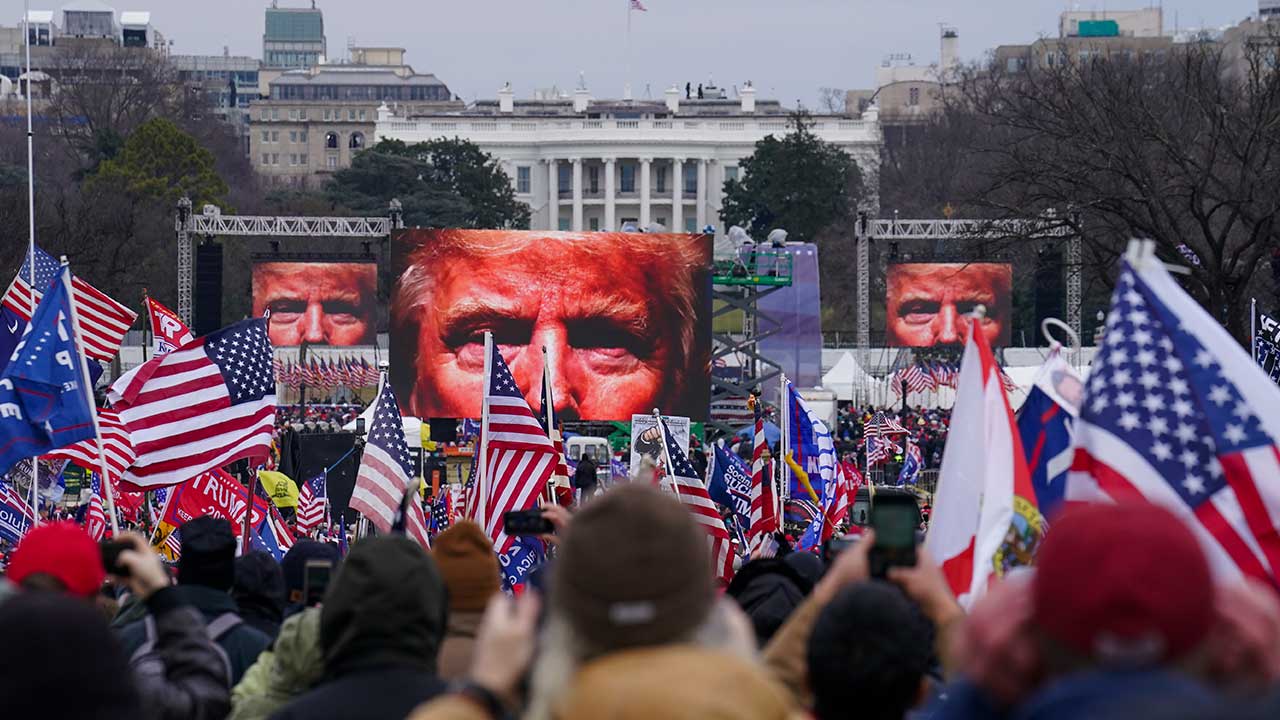 A member of the Proud Boys pleaded guilty Thursday to plotting with others to violently stop the transfer of presidential power on Jan. 6, 2021. (AP File Photo/John Minchillo)
Share with friends

A member of the right-wing Proud Boys organization pleaded guilty Thursday to plotting with others to violently stop the transfer of presidential power after the 2020 election, making him the first member of the extremist group to plead guilty to a seditious conspiracy charge.

Jeremy Joseph Bertino, 43, of North Carolina, has agreed to cooperate with the Justice Department’s investigation of the role that Proud Boys leaders played in the mob’s attack on the U.S. Capitol on Jan. 6, 2021, a federal prosecutor said. U.S. District Judge Timothy Kelly agreed to release Bertino pending a sentencing hearing that wasn’t immediately scheduled.

Bertino also pleaded guilty to a charge of unlawfully possessing firearms in March 2022 in Belmont, North Carolina. Kelly accepted his guilty plea to both charges during a brief hearing after the case against Bertino was filed Thursday.

Former Proud Boys national chairman Henry “Ënrique” Tarrio and four other group members also have been charged with seditious conspiracy for what prosecutors say was a coordinated attack on the U.S. Capitol to stop Congress from certifying President Joe Biden’s 2020 electoral victory.

A trial for Ethan Nordean, Joseph Biggs, Zachary Rehl and Dominic Pezzola is scheduled to start in December.

A trial started this week in Washington for the seditious conspiracy case against the founder of the Oath Keepers and other members of the antigovernment militia group for their participation in the Jan. 6 attack.

More than three dozen people charged in the Capitol siege have been identified by federal authorities as leaders, members or associates of the Proud Boys. Two of them — Matthew Greene and Charles Donohoe — pleaded guilty to conspiring to obstruct an official proceeding, the Jan. 6 joint session of Congress for certifying the Electoral College vote.

Proud Boys members describe the group as a politically incorrect men’s club for “Western chauvinists.” They have brawled with antifascist activists at rallies and protests. Vice Media co-founder Gavin McInnes, who founded the Proud Boys in 2016, sued the Southern Poverty Law Center for labeling it as a hate group.