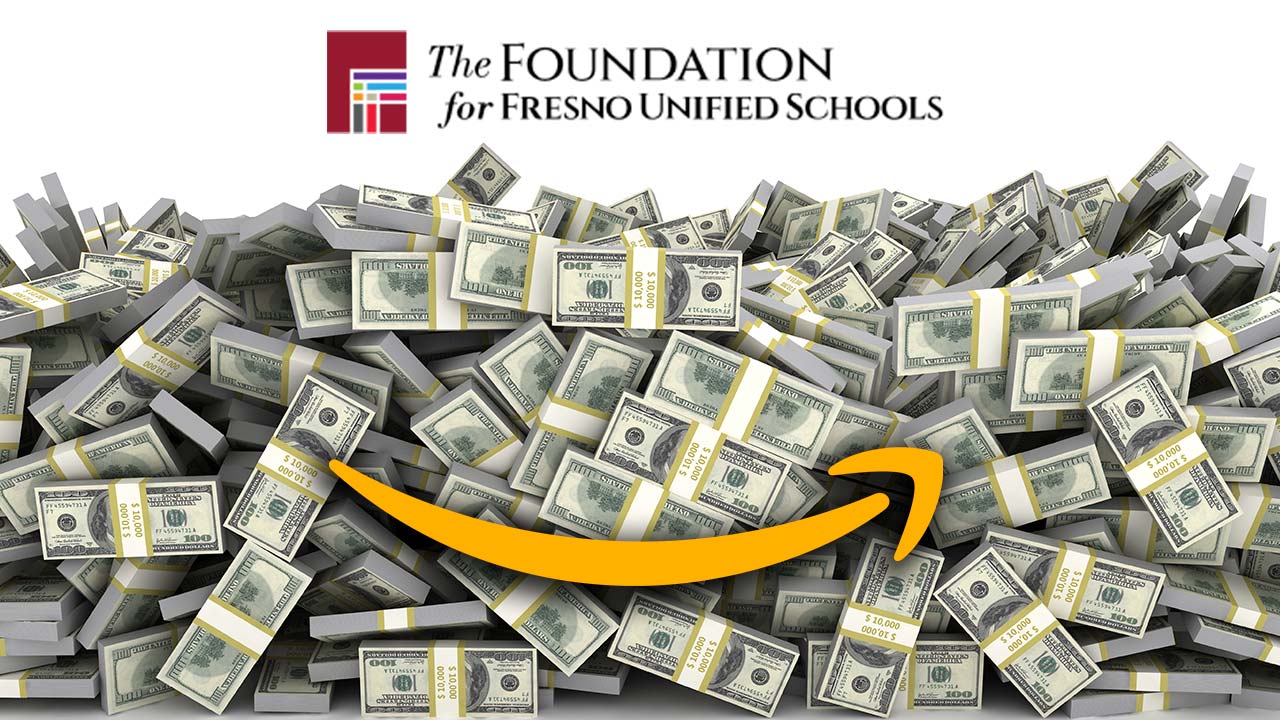 Decades after other school districts and local education agencies created nonprofit foundations to raise funds for student scholarships, classroom projects, and even to support bond measure campaigns, Fresno Unified School District has finally started up one of its own.

The Foundation for Fresno Unified Schools has scheduled its first fundraiser, the State of Education Gala, on Thursday at Fresno Chaffee Zoo. According to the district, the gala will serve as the official kickoff for the foundation.

The district has scheduled a news conference for 10 a.m. Wednesday to reveal a “multimillion-dollar” donation to its fledgling foundation. No further details were available Monday.

The district recently announced that Amazon, which made a $30,000 donation — “the largest single donation ever for Fresno Unified scholarship,” the district said in a news release — is the lead sponsor for the gala.

“We are excited to be able to gather with partners and supporters for the first time in three years,” Superintendent Bob Nelson said in a news release Monday. “I have missed personally sharing the accomplishments of our district and our goals for the future. I also look forward to this exciting step forward in the history of our district, with the kickoff of The Foundation for Fresno Unified Schools and announcing its first multimillion-dollar donation. It’s going to be a great evening.”

Nelson is serving as the chairman of the foundation’s board of directors, with Deputy Superintendent Misty Her serving as vice chair.

Also on the board is Wendy McCulley, the district’s chief engagement and external partnerships officer who is the foundation’s president and CEO.

Fresno Unified’s “in-kind” support of the foundation pays the salary of staffers such as McCulley who are working for the foundation in addition to their other district duties, district spokeswoman Diana Diaz said.

The arrangement is similar to that of The Foundation @ FCOE, which supports the Office of the Fresno County Superintendent of Schools, she said.

Why has it taken so long for Fresno Unified to start up a foundation? Diaz said that question will be answered at Wednesday’s news conference, the day before the gala.

Board President Elizabeth Jonasson Rosas and Trustee Valerie Davis, the longest-serving board member, said they’re not entirely sure why a foundation is only now being established.

“That’s a good question … I don’t think we ever discussed it,” Jonasson Rosas said. “I don’t think there was a catalyst.”

“It wasn’t on our radar,” Davis said. “We didn’t have the personnel with the expertise to do it.”

Diaz said the district will be discussing with the Central Valley Regional Foundation the future of its original foundation and the scholarship fund. Money raised through the new Foundation for Fresno Unified Schools in its first year will be devoted to student scholarships, and the foundation “will determine other areas of focus based on student needs,” she said.

Other Foundations in Place for Decades

The elder statesmen of local education agency foundations are the Foundation for Clovis Schools and SCCCD Foundation, both of which got their start in 1986.

Since its start, the Clovis foundation has raised over $6 million. According to IRS records, in 2018 the foundation had more than $2 million in assets.

The Foundation for Clovis Schools — which coincidentally also is holding its annual Clovis Unified Superintendent’s Breakfast fundraiser next Thursday — has a 15-member board that includes Superintendent Eimear O’Farrell and Board President Tiffany Stoker Madsen. The chairman is Mike Fennacy of Darden Architects, who is among 13 community members on the board.

In addition to its website, the Clovis foundation produces an annual report on how money donated is spent. There also is a “donor’s wall” with the names of major donors. “One-star” denotes those who have donated from $15,000 to $29,999 over the years, while “five-star” is for donors contributing $300,000 or more. The donor lists are peopled by community members as well as developers, architects, construction companies, banks, health care organizations, and other businesses.

“The proceeds are unrestricted funds that support student events and special projects coordinated by the Office of the Fresno County Superintendent of Schools to enrich the learning experience for Fresno County students, including Academic Decathlon, Mock Trial, Science Fair and many more,” Copher said in an email.

But foundations are not just about raising money. Mark Havens, formerly a schools official in Lewiston, Idaho and author of “Dream Big: Creating and Growing Your School Foundation,” wrote about the benefits of education foundations for the American Association of School Superintendents website.

Havens noted that schools have long had the ability to raise money, whether through bake sales, car washes, or other activities. Foundations, he said, can and should play a role above and beyond mere fundraising.

The value of foundations, Havens said, was in their outreach to a broader spectrum of the community, seeking support while building relationships.

Tickets are $150 each and may be purchased through the foundation website or through Eventbrite, which will add a processing fee. For a table sponsorship, contact the foundation at Josh.Barrera@fresnounified.org.

Tickets are $50 each and may be purchased through Eventbrite.

Related Topics:Foundation for Fresno Unified Schools
Up Next