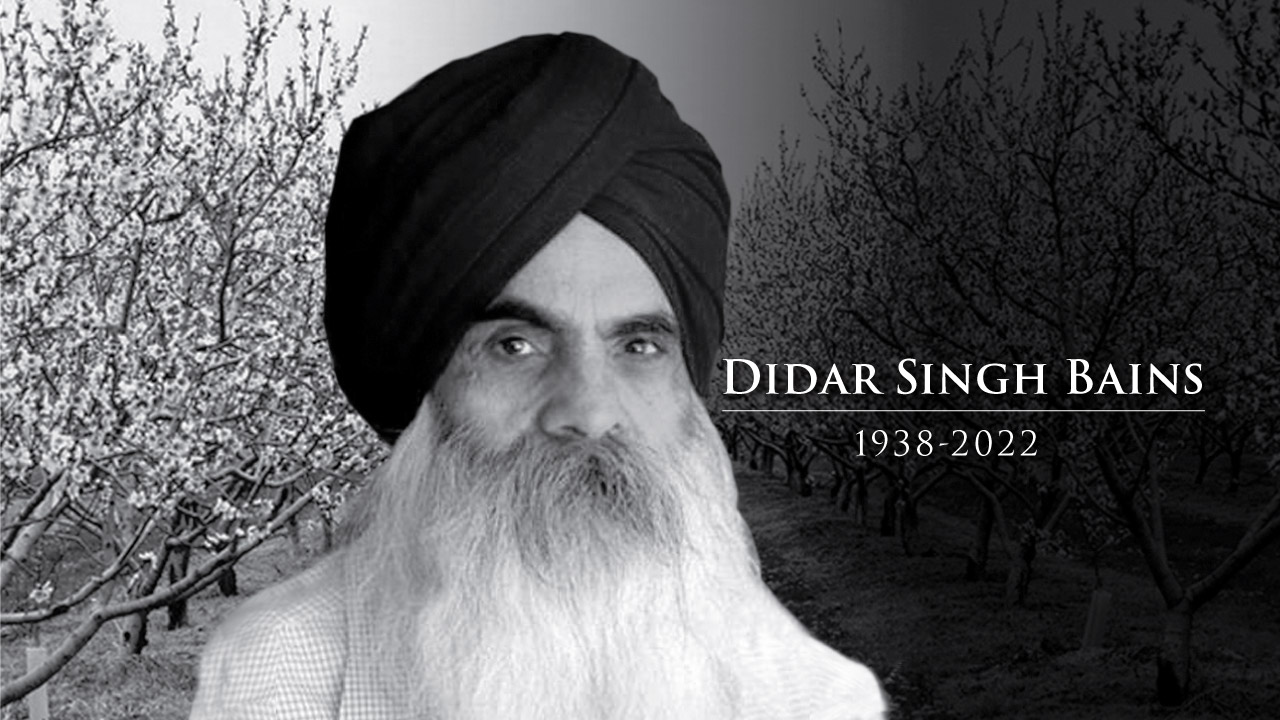 Didar Singh Bains, who came to the United States with $8 in 1958 and rose to prominence as a farmer and Sikh leader, died Sept. 13 at 84 in Yuba City.

Born in a small farming village in the Punjab region of India in 1938, he became known as the “Peach King” in his adopted country.

In 1962, Mr. Bains saved enough money to buy a 10-acre parcel in Sutter County. By 1978, he was the largest independent peach farmer in California and possibly the world.

He then diversified into growing cranberries, raspberries, and other crops in California, Washington, Florida, British Columbia, and India.

In 2014, Gov. Jerry Brown honored Mr. Bains at the Sikh Temple of Sacramento.

“Didar’s younger than me,” Brown said, according to the Sacramento Bee. “The reason I look younger is because I don’t work as hard as he does.”