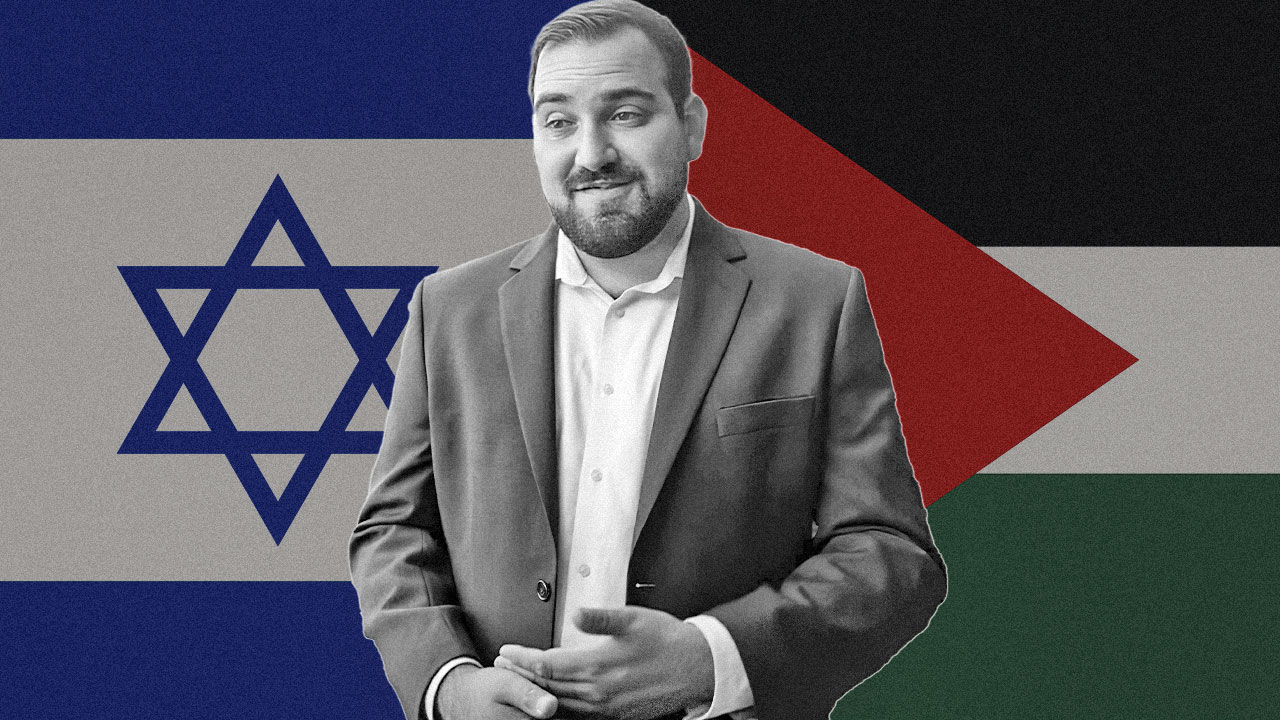 A candidate for a Fresno area school board once wrote that Israel was founded by white supremacist colonialists. He also used a term for the Jewish state’s founding that means “catastrophe.”

Does that make Nabil Kherfan anti-Israeli or anti-Semitic? Only he can answer that question, and he’s not talking despite several messages to him.

Kherfan is running for the Central Unified school board. Three years ago, he tweeted about the Israel-Palestine conflict, at a time when Rep. Rashida Tlaib, D-Michigan, created a hashtag discussing her Palestinian grandmother, or “sitty.”

He wrote about his “sitty” fleeing the “Nakba.”

Nakba is a term that means “catastrophe,” as in the founding of Israel as the Jewish state in 1948 caused a catastrophe for the Palestinian people.

“I’m proud of the hard fought victories #MyPalestineSitty has overcome, and recognize that our struggles are intersectional. The patriarchy is upheld by white supremacy and are a big part of colonialism,” he tweeted on Aug. 18, 2019.

It is the language that anti-Israel groups use, meant to delegitimize Israel’s right as a Jewish state. It is straight out of playbooks from the US Campaign for Palestinian Rights, the BDS Movement, and the ironically-named Jewish Voices for Peace.

Why does it matter?

Kherfan is running for a position to set school policy. With views like that, how would Kherfan suggest the Middle East conflict is taught in Central Unified schools? The Holocaust? The founding of Israel?

Such language “conveys that the Jewish people — unlike all other people in the world — do not have a right to self-determination. The phrase also denigrates the Jewish State and belittles the diversity of Jewish life in Israel,” the American Jewish Congress says. 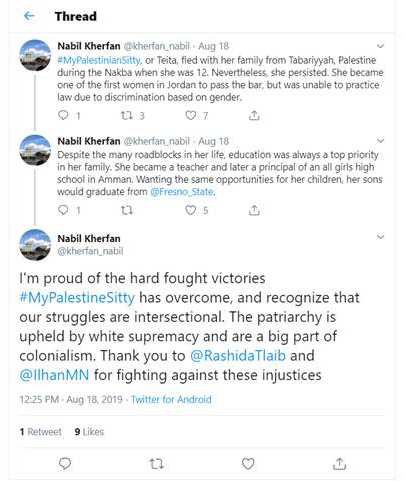 Members of the Jewish community I spoke with were not happy with Kherfan’s views of the complicated Israel-Palestine dynamic.

“He should have his head examined,” said Ephraim Hadjis, 80, a Madera resident and a Holocaust survivor. “Have him check all the facts.”

Murray Farber is a past president of the Jewish Federation Central California, and a longtime education supporter with his wife, Francine Farber.

“We are reluctant to see an international situation get involved in blocking (children’s) education or causing a rift involving their education,” Farber said.

“It is of utmost concern to have someone possibly be elected to a school board in charge of educating our youth who clearly has antisemitic viewpoints,” said Liora Rez, executive director of StopAntisemitism.

“Jewish families in Fresno will need to watch teacher training and curriculum very clearly to ensure this propaganda does not make its way into the classrooms if he is elected. StopAntisemitism calls on Nabil Kherfan to drop out of the CUSD race as someone with his discriminatory outlook is clearly not suited to be making decisions for the best interest of Fresno’s students or teachers.”

What are the practical effects of commentary such as Kherfan’s?

The 2022 Report Card of Antisemitism on college campuses by StopAntisemitism found that Jew hatred “has reached a crescendo.”

Jewish students at places like UCLA, USC, and UC Berkeley say they do not feel comfortable expressing their religion or support for Israel, a concept known as Zionism.

Do His Supporters Care?

Kherfan has built his reputation in the local Democratic Party as a campaigner and has held leadership positions with the county central committee. He has worked for Fresno City Councilman Tyler Maxwell since 2021.

It is no surprise that the local party and several current and past elected leaders endorse Kherfan. He is trying to unseat incumbent Shawn Brooks, also a Democrat.

“Geopolitical discussions especially by those who reside or have family in the specific area can be challenging. Reading the messages in question, I do not see where the comments rise to the level GV Wire would like to take it. Bottom line, I believe Mr. Kherfan is a dedicated community member and has his heart in the right place for the children of Central Unified,” Perea said by text.

In this Jewish High Holiday season, Kherfan may want to consider repenting for his political sins. Or engage in the concept of “Tikun Olam” — repair the world.