'We Must be Prepared:' Fresno County Bracing for Economic Storm Clouds 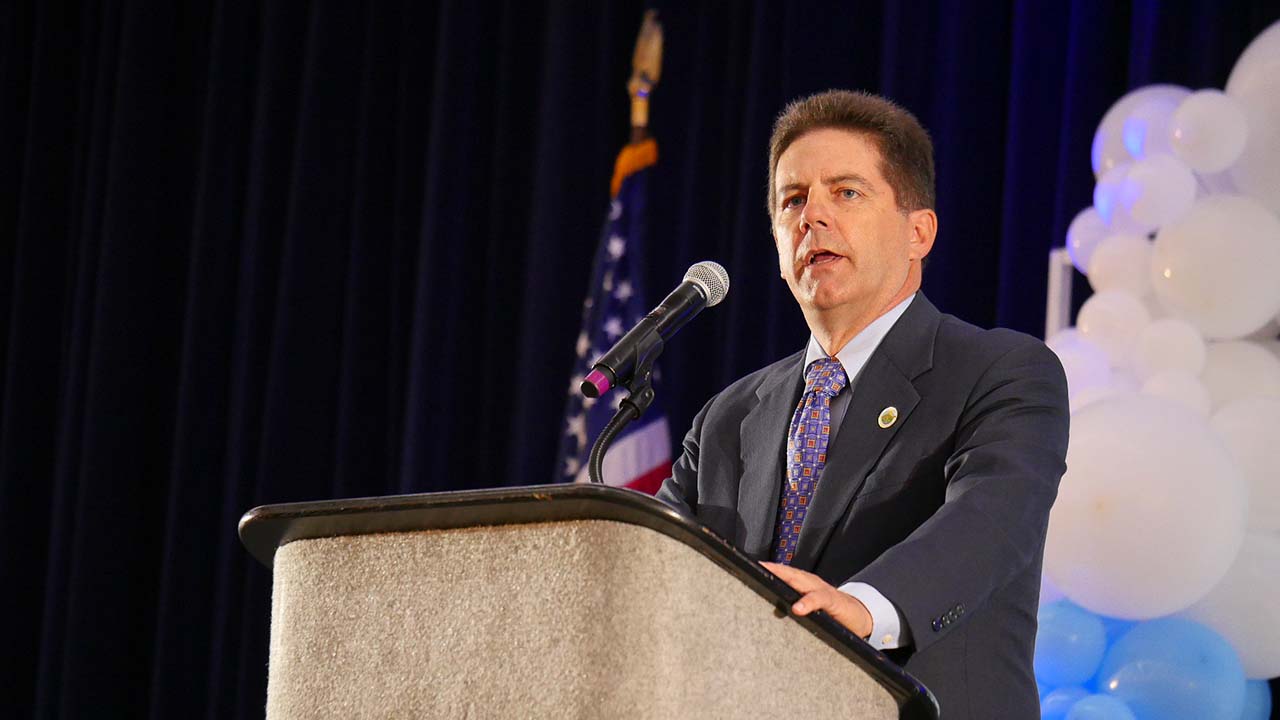 Brian Pacheco believes the crunch of a recession is looming for Fresno County.

“I’m not here just to paint a rosy picture and tell you everything’s okay. We all know storm clouds are on the horizon. A new recession is looming and we must be prepared,” the county supervisor from Kerman said.

Pacheco delivered the annual State of the County address Tuesday, discussing steps being taken to prepare for an economic downturn.

The county has increased reserves in the past eight years, from $16 million to $70 million. The recently passed 2023 budget set a record at $4 billion.

“While we don’t know what the future holds, we feel we’re very well positioned to take whatever comes,” Pacheco, a Democrat, told GV Wire after his speech.

“More adjustments to our wages and benefits need to be made as we try to keep up with inflation. The well-being of our workforce is a priority of the board and we will meet the challenge,” Pacheco said. “We are all essential people.”

The event was organized by the Fresno Chamber of Commerce and held at the convention center in front of 900 attendees.

At times, Pacheco joked about the strained relationship between the county government and the Fresno City Council.

“By the way, none of us are suing one another on our side of the street,” Pacheco said, referring to strife among some members of the Fresno City Council. 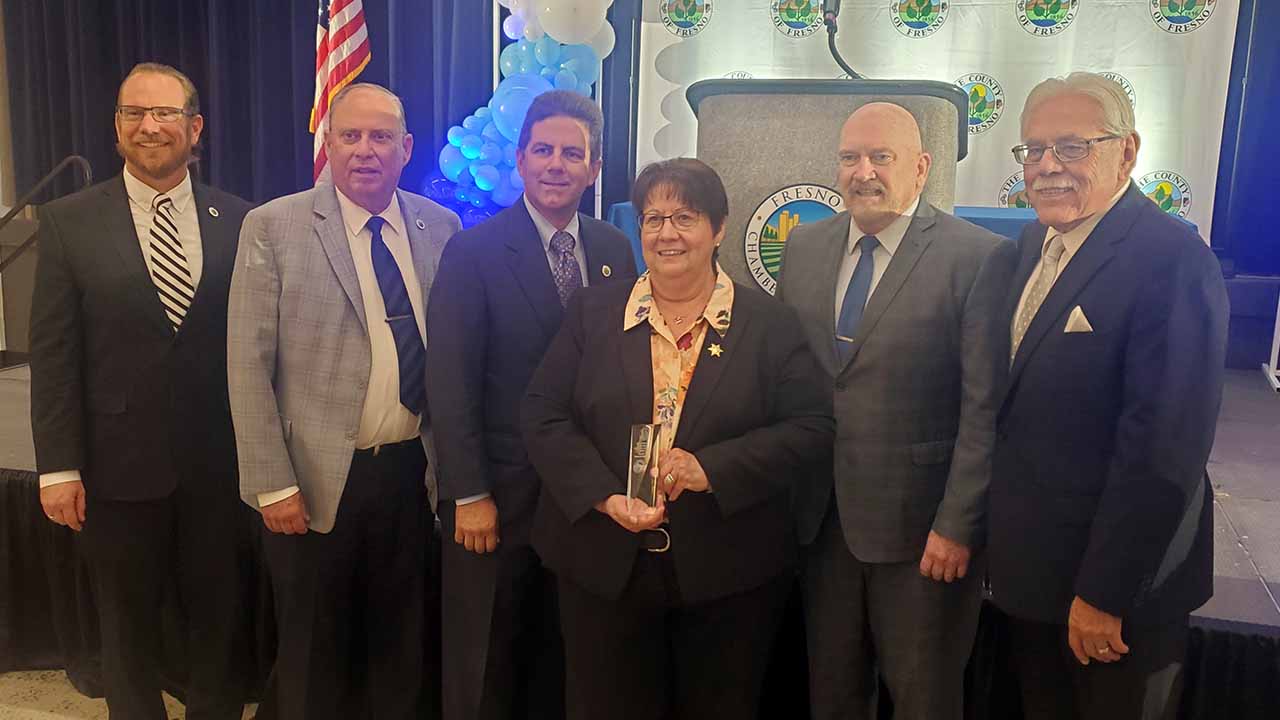 Sheriff Margaret Mims is leaving office in January, opting not to run again after serving four terms. She was honored with a lifetime service award.

“I couldn’t think of a better candidate than Sheriff Mims, who’s donated 42 years of her life in law enforcement, 16 of the last as sheriff,” Pacheco told GV Wire. “And as I said in my remarks, she’s broken so many glass ceilings, being the first woman through law enforcement. It’s just a remarkable accomplishment.”

Mims does not have immediate plans for retirement activities.

“I’ll be interested in seeing how I do from going 100 miles an hour all of the time to zero,” Mims told GV Wire. “Every retiree, though, that I talked to, say they’re busier now than they were before they retired. So I have my own interests. I have my family, I have my grandkids. So I’m looking forward to spending more time with them.”

John Zanoni, Mims’ endorsed successor, was elected by voters in June to succeed her. Both say the transition is going well.

“We spend about an hour a week together going over transition. I’m pulling out all my files, making sure he has some historical information about the office of the sheriff and why we do things the way we do,” Mims said.

While praising Mims’ accomplishments, Zanoni is planning to put his own stamp on the Sheriff’s Department.

“Some changes we’re going to make (include) how we deploy deputies, some scheduling needs. And look at working with our allied law enforcement partners locally and putting some folks into some different units. Maybe creating some new specialty units to address things like ghost guns, all these gang members with guns. And to look at fentanyl and other things that are having a lot of negative impacts on our community,” Zanoni said.

Zanoni will be sworn in as sheriff on Jan. 3.

Last week, Gov. Gavin Newsom signed AB 2030 which takes the responsibility for drawing the county’s district boundaries away from supervisors, and gives that job to an independent citizen committee.

Supervisor Nathan Magsig has said publicly the board will examine the legality of the state’s action.

His colleague, Sal Quintero, does not appear to be on board with that.

“I’m for whatever the folks that I represent want it. And the majority of the folks in my district, I feel, want a commission,” Quintero said.

He disagrees that the bill takes away local control, “because you’ve got local people that are on the commission.”

Still, Quintero said he would prefer the decision to be made by a vote of the people, rather than state law.

Mims and Zanoni: Keep Sheriff Election as Is

Another bill awaiting Gov. Gavin Newsom’s signature would change when sheriffs and district attorneys are elected. Currently, they are on the same ballot as the governor’s race. AB 759 would change that to the same year as a presidential race.

Mims says that is a bad idea.

“It’s obviously political. I don’t know that it’s going to work for the means and ends that they want. But I think it’s the second worst thing that they could do,” Mims said.

Having sheriffs appointed instead of elected is the worst.

Zanoni likes the election plan as is.

“When you have it on a presidential election year, I believe the party preference takes over and that pushes or drives who gets elected to different positions. It drowns out and doesn’t give local people the voices to be heard in their communities because you get that big push based on partisan politics. Sheriff and D.A. are nonpartisan officers,” Zanoni said.