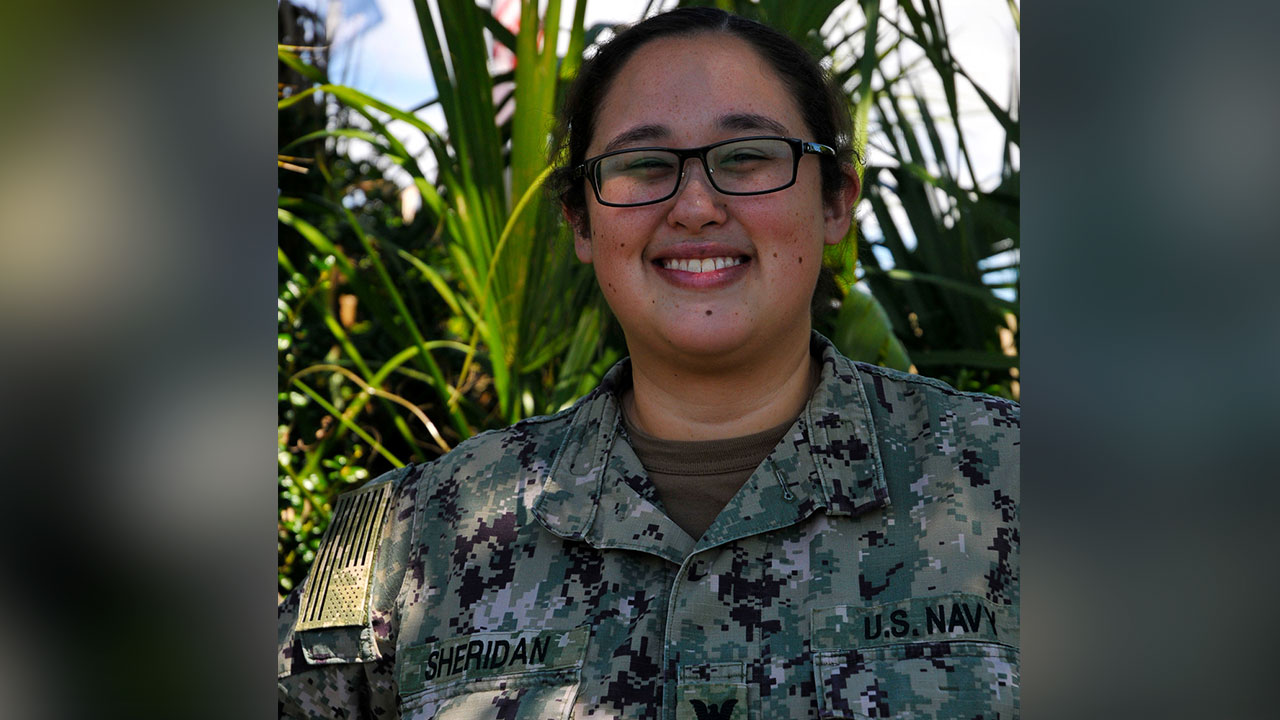 Petty Officer 3rd Class Britt Sheridan says the values required to succeed in the Navy are similar to those found in Squaw Valley. (US Navy/Specialist 2nd Class Vanessa White)
Share with friends

GULFPORT, Miss. – Since 1942, sailors assigned to the U.S. Navy’s Construction Force have been building and fighting around the world. Petty Officer 3rd Class Britt Sheridan, a Squaw Valley, California, native is one of those sailors.

Eighty years ago, members of Navy Construction Battalions were fittingly nicknamed, “Seabees,” a play on the C and B initials. They are responsible for building military bases and airfields, supporting humanitarian efforts, and conducting underwater construction projects.

“I’d like to thank my family for their support,” said Sheridan.

The values required to succeed in the Navy are similar to those found in Squaw Valley.

“I learned to be humble and to never forget where you come from,” said Sheridan.

Sheridan serves as a personnel specialist with Naval Construction Training Center at the headquarters for naval construction forces in Gulfport, Mississippi.

Serving in the Navy means Sheridan is part of a team that is taking on new importance in America’s focus on strengthening alliances, modernizing capabilities, increasing capacities, and maintaining military readiness in support of the National Defense Strategy.

“The Navy protects our country from enemies both foreign and domestic,” said Sheridan.

With more than 90% of all trade traveling by sea, and 95% of the world’s international phone and internet traffic carried through fiber optic cables lying on the ocean floor, Navy officials continue to emphasize the importance of accelerating America’s advantage at sea.

“Maintaining the world’s best Navy is an investment in the security and prosperity of the United States, as well as the stability of our world,” said Adm. Mike Gilday, Chief of Naval Operations.

“The U.S. Navy — forward deployed and integrated with all elements of national power — deters conflict, strengthens our alliances and partnerships, and guarantees free and open access to the world’s oceans. As the United States responds to the security environment through integrated deterrence, our Navy must continue to deploy forward and campaign with a ready, capable, combat-credible fleet.”

Sheridan Proud of Her Navy Career

Sheridan has many opportunities to achieve accomplishments during military service.

“I’m proud of making it five years so far in my Navy career,” said Sheridan. “I appreciate how much I’ve grown as a person.”

Sheridan can take pride in continuing an 80-year legacy of service in the U.S. Navy.

“Serving in the Navy means a lot,” added Sheridan. “I get to help people with their pay and other matters that are important to their lives. It requires a high level of customer service.”