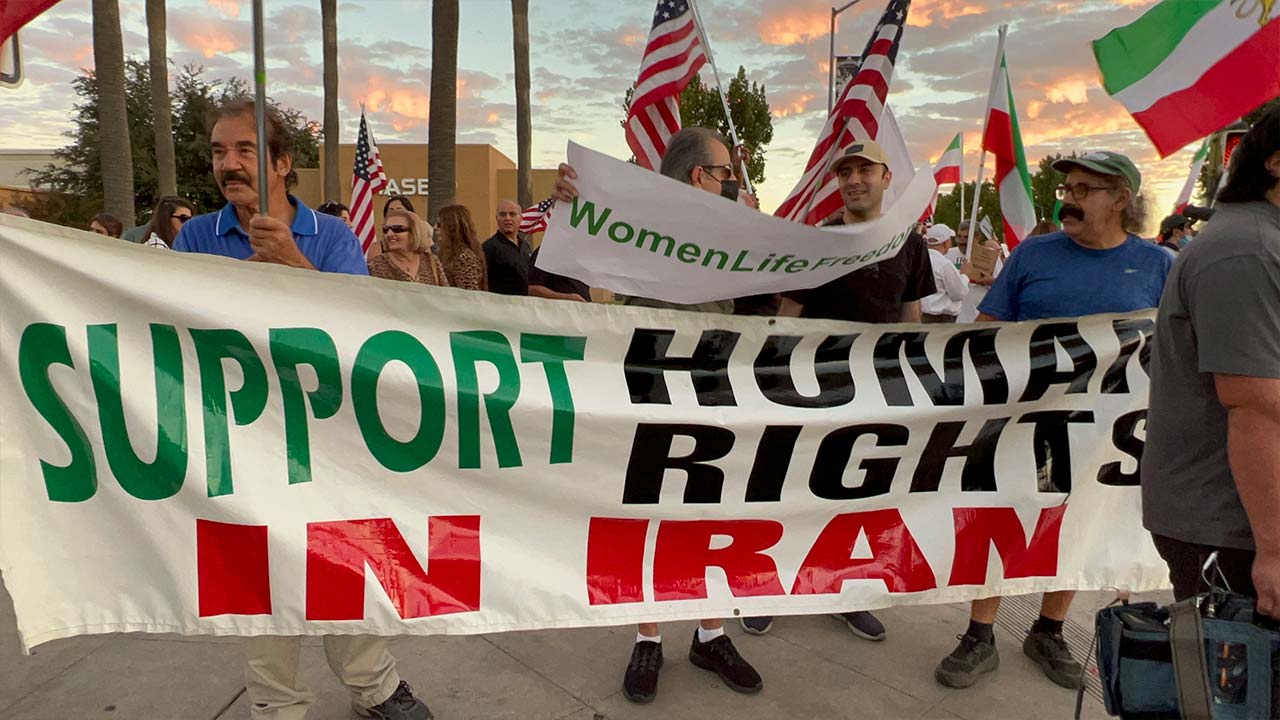 Two hundred people gathered Sunday at River Park in north Fresno to protest the Iranian government and recent death of a Kurdish woman, who was detained over her headscarf. (Photo provided by Mehdi Ghajar)
Share with friends

Demonstrators gathered again Sunday at a major north Fresno intersection to speak out over the killing of a young Kurdish woman in Iran and that country’s violent crackdown on protests there.

The death in custody of Mahsa Amini, 22, who was detained by Iran’s morality police over an “improper” headscarf, or hijab, has sparked violent protests around the world. Amini reportedly was beaten by the morality police, leading to her death. Iranians and ethnic Kurds are clashing with authorities across Iran, with protesters even taking over a city in northern Iran before it was retaken by troops.

Meanwhile, the Associated Press reported that 12 people were arrested Sunday outside Iran’s embassy in London, England after protests turned violent.

Related Story: 12 Arrested After Clashes Outside Iranian Embassy in London

Sunday’s protest at Blackstone and Nees avenues was organized by the Iranian-American Alliance of Fresno, which had organized a similar protest of the regime and Amini’s death on Sept. 19. The alliance has organized local protests of the cleric-led regime in Iran for years.

The 200 Iranian-Americans who gathered Sunday at River Park ranged in age from 2 to 85 and included Muslim, Christian, Baha’i, Jewish, Zoroastrian, Armenian, atheist, and Assyrian Iranian-Americans from the Central Valley, organizer Mehdi Ghajar said in an email.

Protesters in Iran have kept up their protests even in the face of sometimes-lethal responses, Ghajar said. 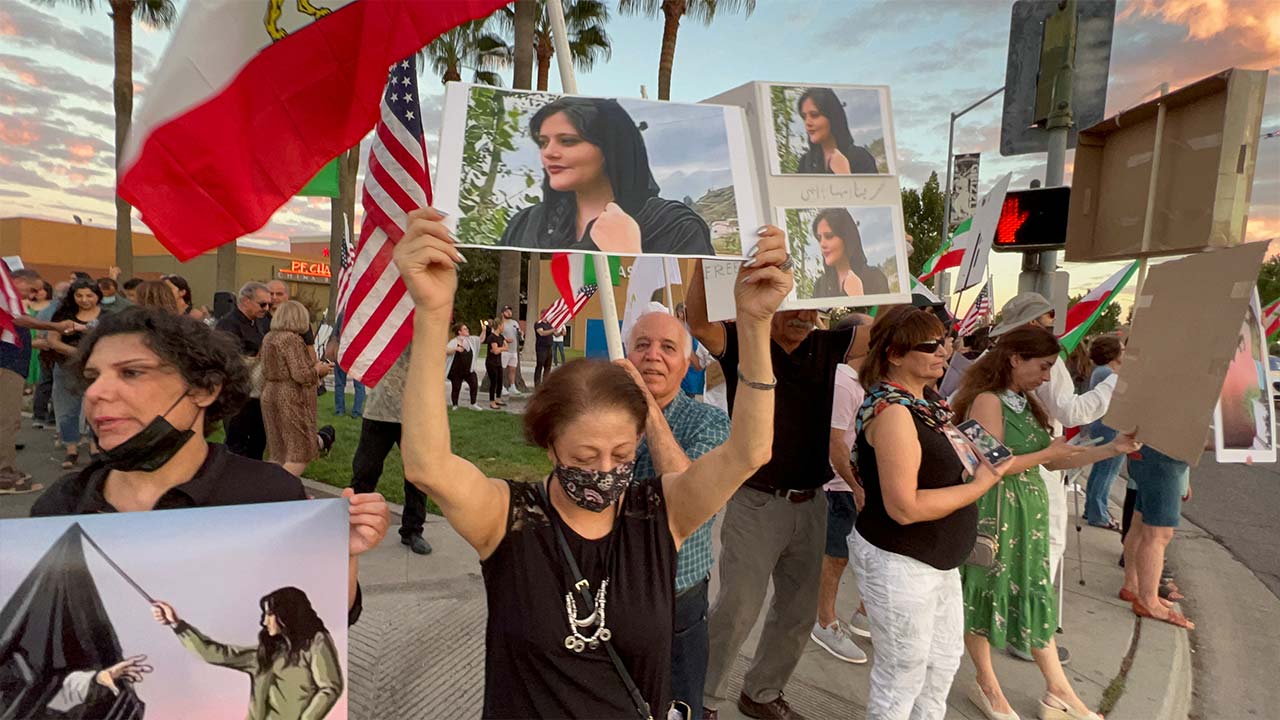 Protesters at River Park on Sunday carry photos of Mahsa Amini, a Kurdish woman who died in custody after morality police detained her for “improper” hijab. (Photo provided by Mehdi Ghajar)