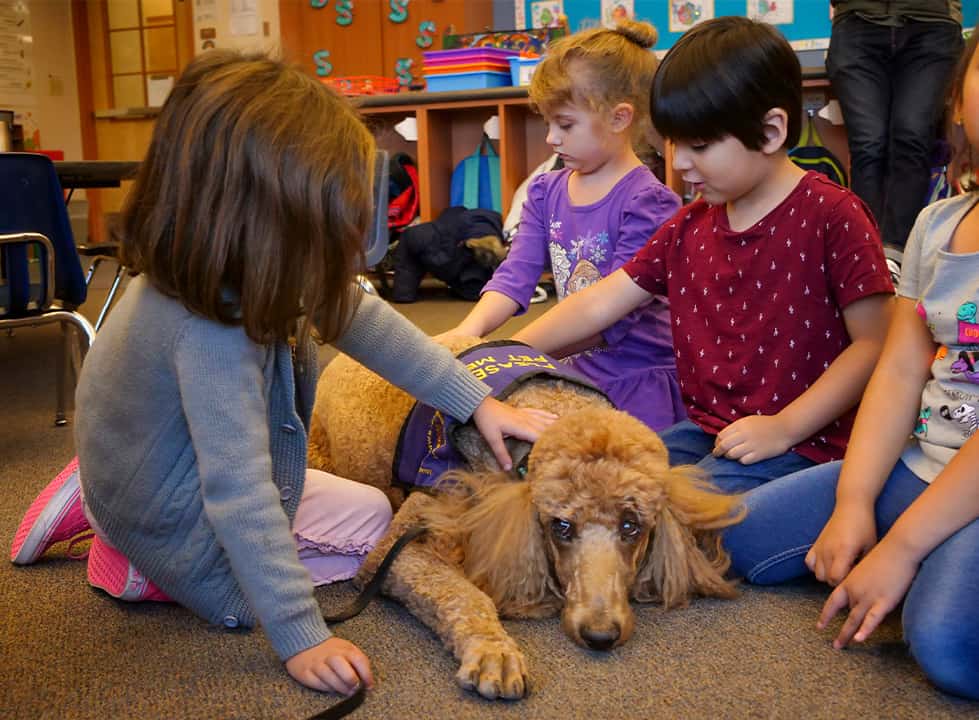 Kindergarten enrollment in California dropped nearly 12% in the 2020-21 academic year compared to the previous year, according to the state Department of Education. (AP File Photo/Lacy Atkins)
Share with friends

Beyond what they learn academically in kindergarten, students learn everyday routines: how to take care of class materials and how to be kind to their peers, according to Golden Empire Elementary School kindergarten teacher Carla Randazzo.

While developing those skills became more difficult for students going to school online during the pandemic, occasionally, a student entering first grade at Golden Empire didn’t attend kindergarten at all, Randazzo said. Nearly two-thirds of students at the Sacramento school are English learners.

“Those kids just start out having to climb uphill,” she said. “They need a lot of support to be successful.”

Randazzo always thought it was “peculiar” that kindergarten is not mandatory in California. For now, though, California won’t join 20 other states with mandatory kindergarten.

Gov. Gavin Newsom vetoed legislation Sunday night that would have required children to attend kindergarten — whether through homeschooling, public or private school — before entering first grade at a public school.

As he has with other recent legislative vetoes, Newsom cited the costs associated with providing mandatory kindergarten, about $268 million annually, which he said was not accounted for in the California budget.

Newsom has supported similar legislation in the past. Last year, he signed a package of education bills, including one transitioning the state to universal pre-K starting in the 2025-26 school year. But the state’s Department of Finance opposed the mandatory kindergarten bill, stating it would strain funds by adding up to 20,000 new public school students.

Proponents of mandatory kindergarten say it could help close the academic opportunity gap for low-income students and students of color, as well as help children develop important social skills before the 1st grade. The bill was introduced after K-12 attendance rates dropped during the pandemic and some students struggled with online learning.

Kindergarten enrollment in California dropped nearly 12% in the 2020-21 academic year compared to the previous year, according to the state Department of Education. Nationwide, public school enrollment dropped by 3 percent in 2020-21 compared to the previous school year, with preschool and kindergarten enrollment dropping at higher rates, according to the National Center for Education Statistics.

Samantha Fee, of Citrus Heights, said her 7-year-old son could solve practically any math equation during the 2020-21 school year, while he attended kindergarten online. But by the end of the school year, he still couldn’t read and didn’t know all his letters.

She said the family made the difficult decision to have her son, who attends Golden Empire, repeat kindergarten to prepare him for first grade.

“They learn a lot in that first year — how to sit at their desks, and how to raise their hand and all that they’re expected to know in the first grade,” Fee said. “Without kindergarten, they don’t have that.”

Research from the Economic Policy Institute shows that disparities in academic opportunity begin as early as kindergarten. Children who develop their social and emotional skills by the time they reach kindergarten age can be more likely to go to college, according to a 2015 study by the American Public Health Association.

“The pandemic led to a startling drop in K-12 enrollment, raising concerns about a widening opportunity gap,” said Jessica Lall, president and CEO of the Central City Association of Los Angeles.

While the legislation to make kindergarten mandatory passed overwhelmingly in both houses of the Legislature, Sen. Brian Jones of San Diego County opposed it, saying the state should focus instead on education reform.

Newsom also vetoed separate legislation that would have required every school with kindergarten to offer at least one full-day class option, saying it “will create one-time and ongoing costs in the hundreds of millions of dollars,” noting that the 2022-23 budget included $4 billion in funding for expanded learning opportunities.