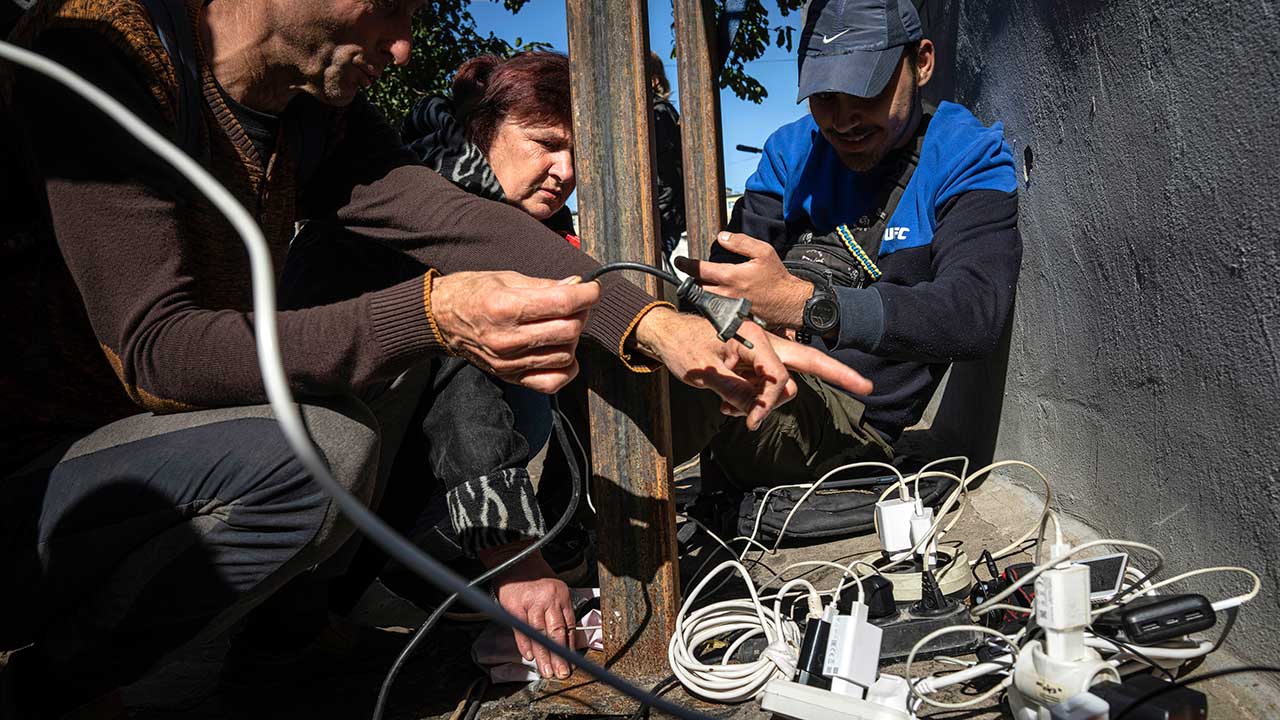 ZAPORIZHZHIA, Ukraine — Russian and Ukrainian forces exchanged missile and artillery barrages that killed at least seven people Thursday as both sides refused to concede any ground despite recent military setbacks for Moscow and the toll on the invaded country after almost seven months of war.

Demonstrating that neither side was ready to ease the fighting, the exchange of fire came hours after the two sides made a major prisoner swap and the day after Russian President Vladimir Putin called up reserve troops to supplement his forces.

Kyrylo Tymoshenko, the deputy of the Ukrainian president’s office, said a hotel in Zaporizhzhia was struck and rescuers were trying to free people trapped in the rubble.

The governor of the Zaporizhzhia region, Oleksandr Starukh, said Russian forces had targeted infrastructure facilities and also damaged nearby apartment buildings. The region is one of four where officials installed by Moscow plan to hold referendums starting Friday on becoming part of Russia, but the city itself is in Ukrainian hands.

Meanwhile, the mayor of the separatist-controlled city of Donetsk, Alexei Kulemzin, said at least five people were killed when Ukrainian shelling Thursday hit a covered market and a minibus. Overnight, one person was killed during Russian shelling in Nikopol, across the river from the Zaporizhzhia Nuclear Power Plant, according to the Dnipropetrovsk regional governor. 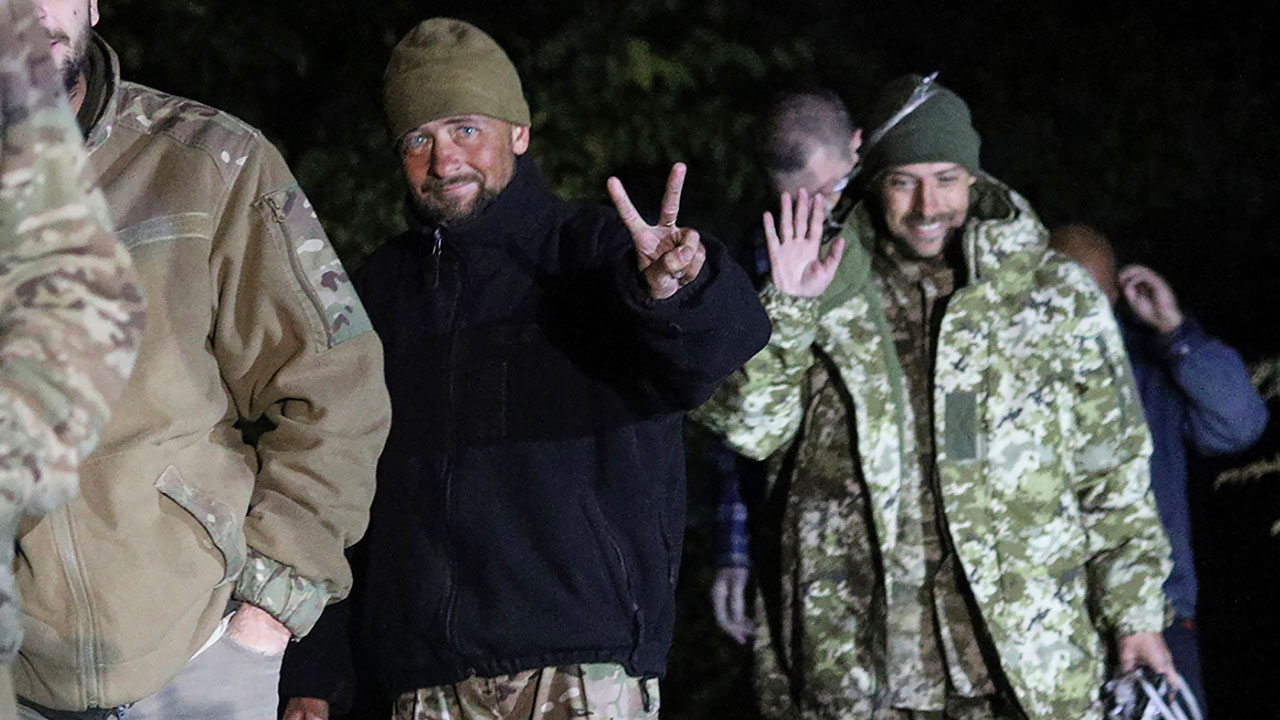 Ukrainian soldiers, who were released in a prisoner exchange between Russia and Ukraine, smile close to Chernihiv, Ukraine, late Wednesday, Sept. 21, 2022. Ukraine announced a high-profile prisoner swap early Thursday that culminated months of efforts to free many of the Ukrainian fighters who defended a steel plant in Mariupol during a long Russian siege. (Ukrainian Security service Press Office via AP)

Among the freed fighters were Ukrainian defenders of a steel plant in Mariupol during a long Russian siege and 10 foreigners, including five British citizens and two U.S. military veterans, who had fought with Ukrainian forces.

A video on the BBC news website Thursday showed two of the released British men, Aiden Aslin and Shaun Pinner, speaking inside a plane. It said they had arrived in Riyadh, Saudi Arabia.

“We just want to let everyone know that we’re now out of the danger zone and we’re on our way home to our families,” Aslin said in the video, as Pinner added: “By the skin of our teeth.”

The speed with which the Russian missile attack came after the swap suggested that the Kremlin was seeking to dispel any notion of weakness or waning determination to achieve its wartime aims following recent battlefield losses and setbacks that gravely undercut the aura of Russian military might.

Speaking in New York on Thursday, German Foreign Minister Annalena Baerbock praised Russian anti-war protesters and added that no one inside the country can continue turning a blind eye to what’s happening in Ukraine because “every Russian is now going to be at risk of being drafted into this war.”

A senior Kremlin official on Thursday repeated Putin’s threat to use nuclear weapons if Russian territory comes under attack.