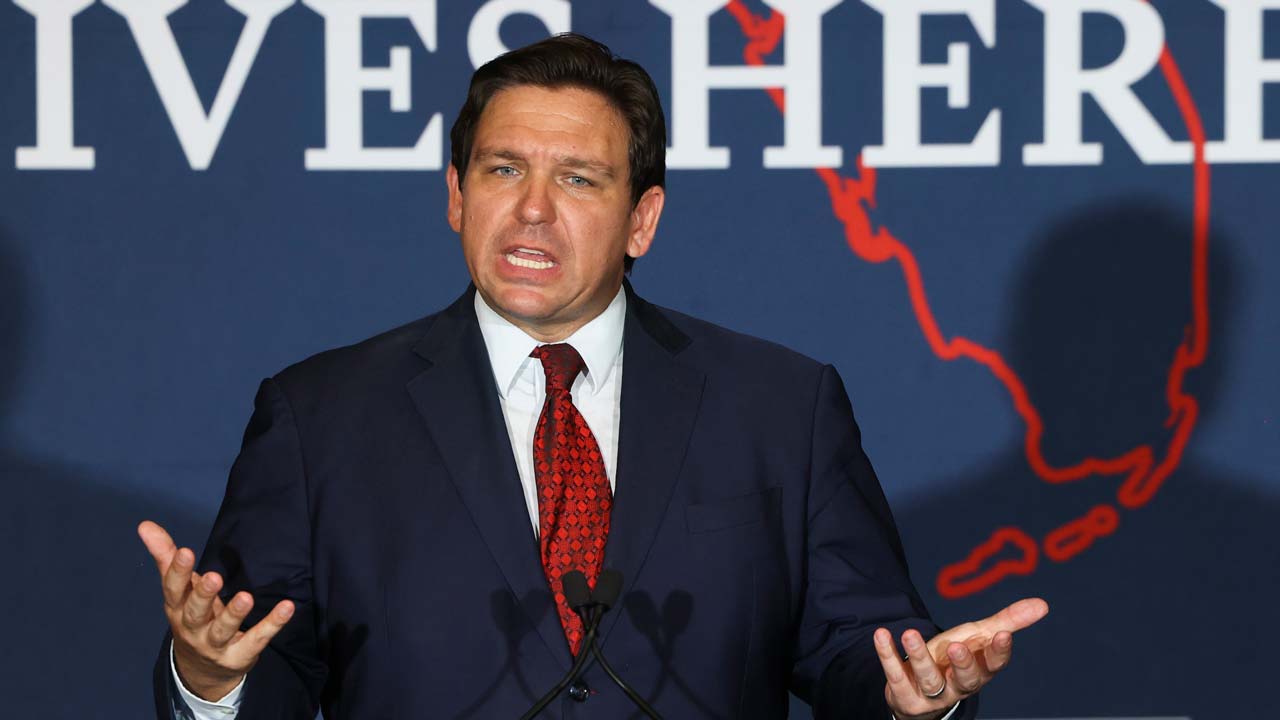 They’ve delivered migrants on planes and buses to Washington, D.C., New York City — even Martha’s Vineyard. And the Republican governors of Florida and Texas may be just getting started.

Govs. Ron DeSantis of Florida and Greg Abbott of Texas insist such dramatic steps are needed to highlight a genuine crisis at the U.S.-Mexico border, where thousands of migrants stream into the country illegally each day. But weeks away from their own competitive reelections, friends and foes alike acknowledged that such hard-line tactics have effectively refocused November’s midterm elections — at least, temporarily — away from abortion rights and toward an issue more favorable to Republicans.

A defiant DeSantis on Tuesday blasted the Biden administration’s inaction on the Southern border and celebrated his own policies for making illegal immigration “a front-burner issue” ahead of the midterms.

“It will be a big issue in the elections, I can tell you that,” DeSantis said. “It’s already made more of an impact than anyone thought it could possibly make. But we’re going to continue to make more of an impact.”

Indeed, DeSantis and Abbott are pressing forward with — and even expanding on — controversial campaigns to ship thousands of immigrants from Texas to Democratic-led states and cities. Beyond shifting the national debate, their divisive moves could also serve to strengthen their national brands — and help legitimize their controversial policies — as they consider 2024 presidential bids.

The governors’ rhetoric is reminiscent of former President Donald Trump’s dire warnings ahead of the 2018 midterms that a migrant caravan threatened the Southern border. Trump’s GOP lost 40 seats in the House and gained two Senate seats that year.

Democrats from Connecticut to California have generated momentum in recent weeks by campaigning on the Supreme Court’s decision to overturn Roe v. Wade — and the GOP’s subsequent push to outlaw abortion in dozens of states. Republicans, meanwhile, want to make the midterms a referendum on President Joe Biden and concerns about the economy, crime and immigration.

This week, at least, immigration is leading the national debate.

“What they’re doing is raising the salience and relevance of the immigration issue, which is important to Republican voters and can help drive turnout,” said veteran Republican pollster Neil Newhouse. “For the voters we’re appealing to, for the most part, the benefits outweigh the risks by a considerable margin.”

There are real risks, however, particularly for DeSantis, who has taken credit for two weekend charter planes that carried about 50 migrants from Texas to Martha’s Vineyard, a small, wealthy island off Massachusetts’ coast. The immigrants were told they were going to Boston.

A Texas sheriff on Monday opened an investigation into DeSantis’ flights, though the law enforcement official, an elected Democrat, did not say what laws may have been broken in putting 48 Venezuelans on private planes from San Antonio, the first stop for many migrants who cross the border.

A lawsuit was filed Tuesday against DeSantis and his transportation secretary on behalf of several of the migrants flown to Martha’s Vineyard, alleging the two politicians engaged in a “fraudulent and discriminatory scheme” to relocate them. DeSantis’ office didn’t immediately respond to a request for comment.

Rep. Joaquin Castro, a Democrat who represents San Antonio, has called on the Justice Department to investigate the flights as well.

“These guys are immature, sadistic Trump imitators. That’s what they are,” Castro said of Abbott and DeSantis. “This is sadistic behavior. Whatever political point they were trying to make has been made a long time ago.”

DeSantis, who has stepped up travel on behalf of GOP candidates in the midterm elections, vowed to spend “every penny” of $12 million set aside by the state legislature for such “relocation programs.” On Tuesday, local officials in a Delaware community close to Biden’s vacation home were preparing to receive another one of DeSantis’ planes full of migrants from Texas, although the Florida governor refused to confirm the development.

Despite fierce criticism and potential legal liabilities, there has been little evidence of widespread political backlash in either state.

Democratic sympathizers in Florida staged news conferences in recent days condemning the governors while others compared DeSantis to late Cuban leader Fidel Castro on Spanish radio. But the number of Venezuelan voters in the state remains relatively small. Much of the community that exists has formed a coalition with Cubans, a crucial bloc in Florida that has increasingly voted Republican.

“Governors Abbott and DeSantis have had enough of it and decided to do something for people to pay attention,” said Ernesto Ackerman, a Republican who heads the Independent Venezuelan American Citizens. “This is a country of laws, not of scoundrels and tramps.”

In Texas, Abbott has spent the past two years pushing a series of provocative immigration measures that have elevated his national profile and kept critics on his right at bay. The two-term governor converted a former prison near Texas’ southern border into a jail for migrants, gave the National Guard extraordinary arrest powers and gridlocked some of America’s busiest ports for a week by mandating additional inspections for 18-wheelers crossing into the U.S.

The Abbott administration has been busing migrants to Washington, Chicago and New York City for months. The busing campaign includes two busloads of people who were dropped off outside Vice President Kamala Harris’ residence last weekend.

Longtime Abbott adviser Dave Carney said Texas would expand its operation this week to include new drop-off locations in other states.

“We’ve been focused on this for two years. It’s got nothing to do with politics. The communities are screaming bloody murder,” Carney said, referring to border towns flooded with immigrants apprehended at the border and subsequently released.

Republicans cast the border crisis as a failure of the Biden administration.

The federal government this week reported that authorities stopped migrants 2.15 million times from October through August, the first time that measure has ever topped 2 million and a 39% increase from the same period a year earlier.

Border crossings have been fueled partly by repeat crossers because there are no legal consequences for getting caught under a pandemic-era rule that denies a right to seek asylum. Even so, the numbers are extraordinarily high.

While Abbott and DeSantis have also highlighted their accomplishments on issues related to the economy, neither has taken steps to moderate their immigration policies as the November election nears.

Abbott is running against former Democratic Rep. Beto O’Rourke, who has outraised Abbott in a contest that represents the toughest challenge of the governor’s political career.

Immigration remains a crucial issue for Democrats who have long believed Texas’ booming cities and shifting demographics would eventually turn America’s biggest red state blue. But in overwhelmingly Hispanic counties on the border, Republicans are making an aggressive play for three congressional seats this fall after Trump made major gains in the region in 2020.

It was much the same in South Florida, where Trump’s GOP performed better than expected in the last election.

DeSantis is running against former Rep. Charlie Crist, whose campaign has charged in recent days that the governor “shot himself in the foot” by shipping immigrants from Texas to Massachusetts. The move sparked a fundraising surge for Crist that exceeded $1 million over a 48-hour period, according to spokesperson Samantha Ramirez.

“I think it is a valid maneuver to use in order to try to wake up or at least expose the hypocrisy of progressive Democrats that say the border is secure and there’s no problem down here whatsoever,” said Joseph Swiger, one of dozens of Republicans running for local office in Texas border counties where the GOP seldom bothered to recruit candidates in the past.