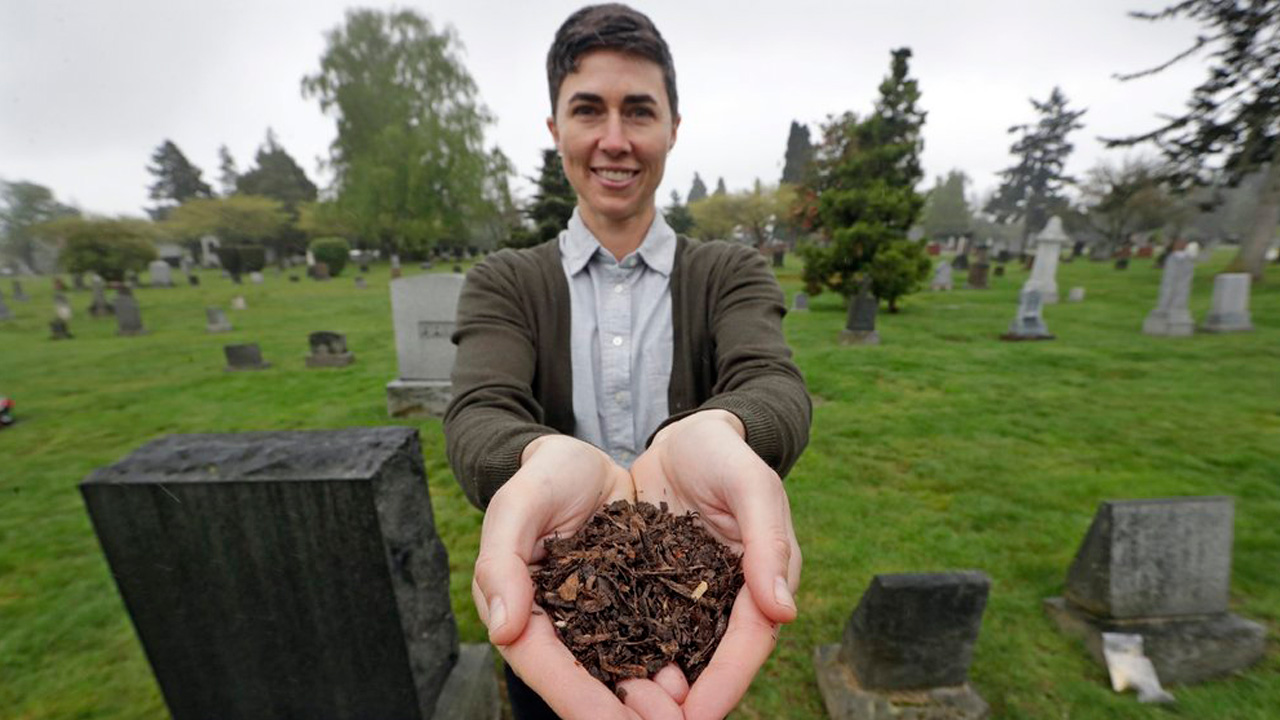 Katrina Spade is CEO of Recompose, a company that provides composting as an alternative to burial or cremation of human remains. (AP File)
Share with friends

California residents will have a new legal option for human remains starting in 2027 after Gov, Gavin Newsom signed into law the Cemetery and Funeral Act.

Written by Assemblymember Cristina Garcia (D-Bell Gardens), AB 351 allows human remains to be transformed into a nutrient-dense soil that can be returned to families or donated to conservation lands. Otherwise, composted remains will be held to the same restrictions as cremated remains.

“(This is) an additional option for California residents that is more environmentally-friendly and gives them another choice for burial,” Garcia said in a news release.

“This is an alternative method of final disposition that won’t contribute emissions into our atmosphere and will actually capture CO2 in our soil and trees. For each individual who chooses (this) over conventional burial or cremation, the process saves the equivalent of one metric ton of carbon from entering the environment.”

Garcia said that getting the bill passed in the Legislature and signed on Sunday by Newsom culminated a three-year effort to make natural organic reduction legal in California.

Recompose, a Washington-based company, pioneered the process and convinced lawmakers there to legalize it beginning in 2020. Colorado, Oregon, and Vermont have also passed laws allowing NOR. And, legalization is on the governor’s desk in New York.

“Recompose is thrilled that the options for nature-based death care in California have expanded. Natural organic reduction is safe and sustainable, allowing our bodies to return to the land after we die,” said company founder and CEO Katrina Spade, who invented NOR.

According to Garcia’s office, a 2018 scientific study found that NOR met all safety thresholds.

Watch: When I Die, Recompose Me

The California Catholic Conference opposes human composting. The organization says it shows a lack of dignity toward the human body.