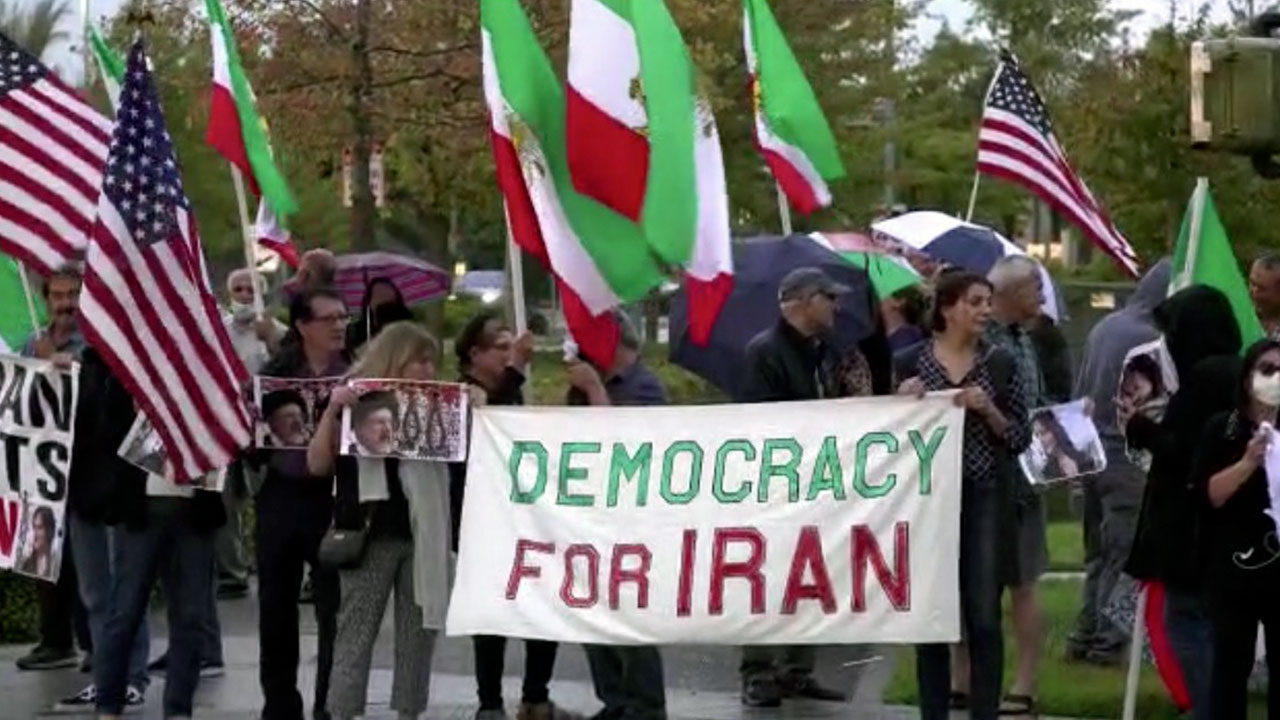 Members of the Iranian-American Alliance of Fresno protested the Iranian president being allowed to enter the U.S. to speak before the United Nations, calling him a criminal of the Islamic regime and blaming that regime for the recent death of a 22-year-old woman for a “bad” hijab.

The protest Monday evening at Blackstone and Nees avenues in north Fresno was the latest by the alliance, which opposes the cleric-led Iranian government. 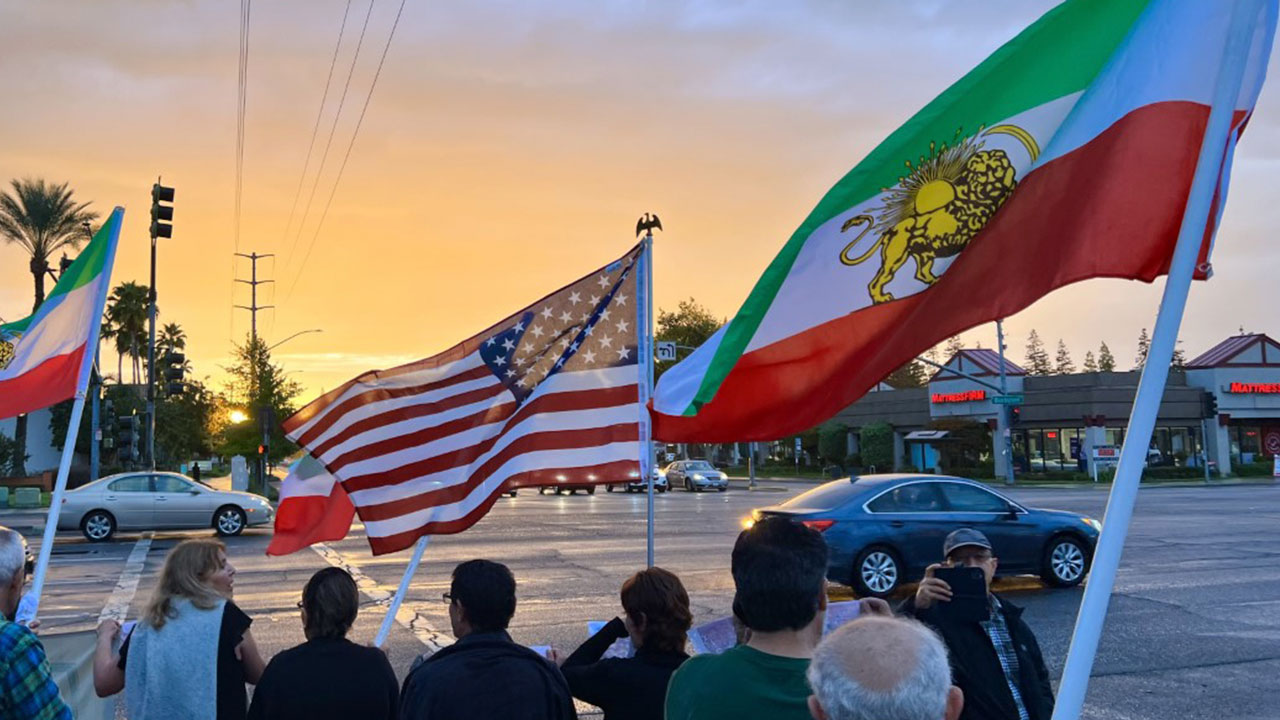 Iranian President Seyyed Ebrahim Raisi was responsible for the executions “of thousands of innocent Iranian people” in 1988 and hundreds more since then, the alliance contends. Raisi was head of Iran’s judiciary in 2019 when the government arrested thousands and killed at least 1,500, the alliance said.

Raisi is scheduled to speak this week before the United Nations General Assembly in New York and also at a UNESCO meeting on religions.

The alliance called on its members and Fresno residents to put pressure on their elected officials over the U.S. government’s issuance of a visa so Raisi could enter the country to speak at the U.N.

Protesters on Monday also carried photos of the late Mahsa Amini, a 22-year-old woman who was detained last week by Iran’s “morality” police, one of many women who have been taken into custody for improperly wearing a headscarf known as the hijab. Amini died three days after she was taken to a police station.

The Associated Press reported that authorities in Iran say her death is under investigation. Meanwhile, the U.N. human rights office has called for an investigation, AP reported.

Amini’s death has sparked protests in Iran and around the world. 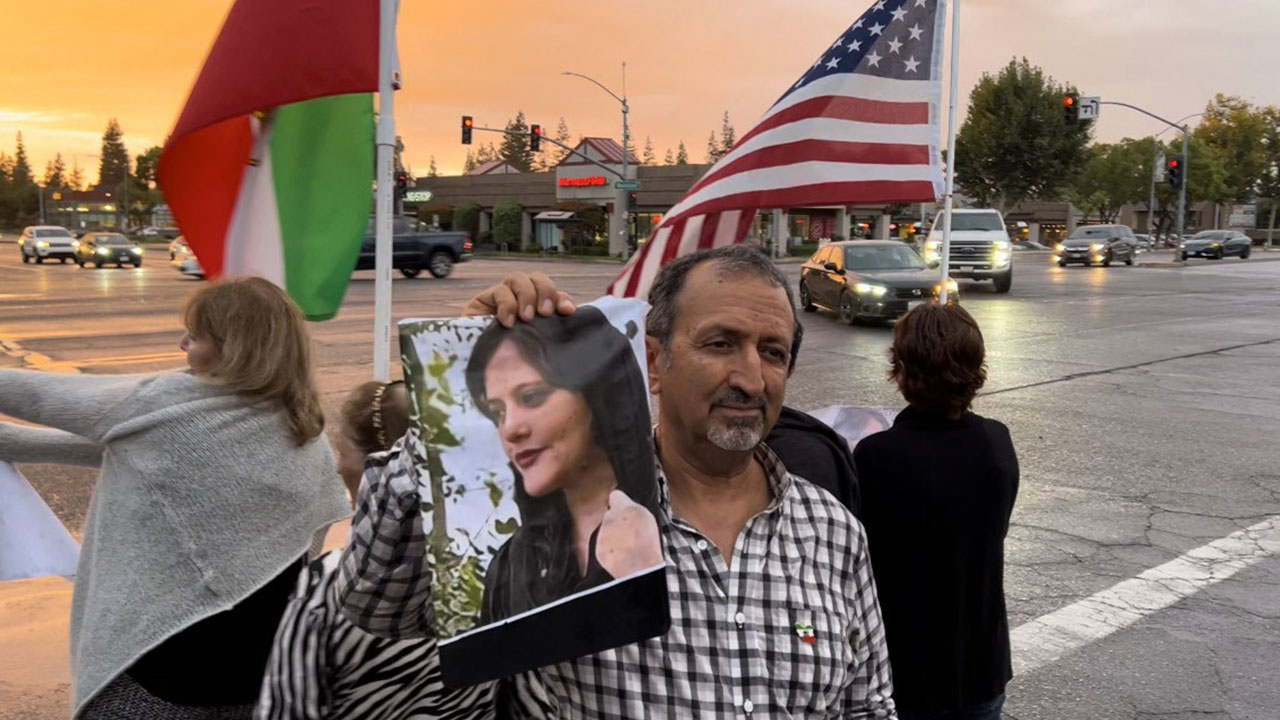 A protester in Fresno carries a photo of the late Mahsa Amini, a Kurdish woman who died in Iranian custody after she was detained because of her hijab, or headscarf. (Photo provided by Mehdi Ghajar)