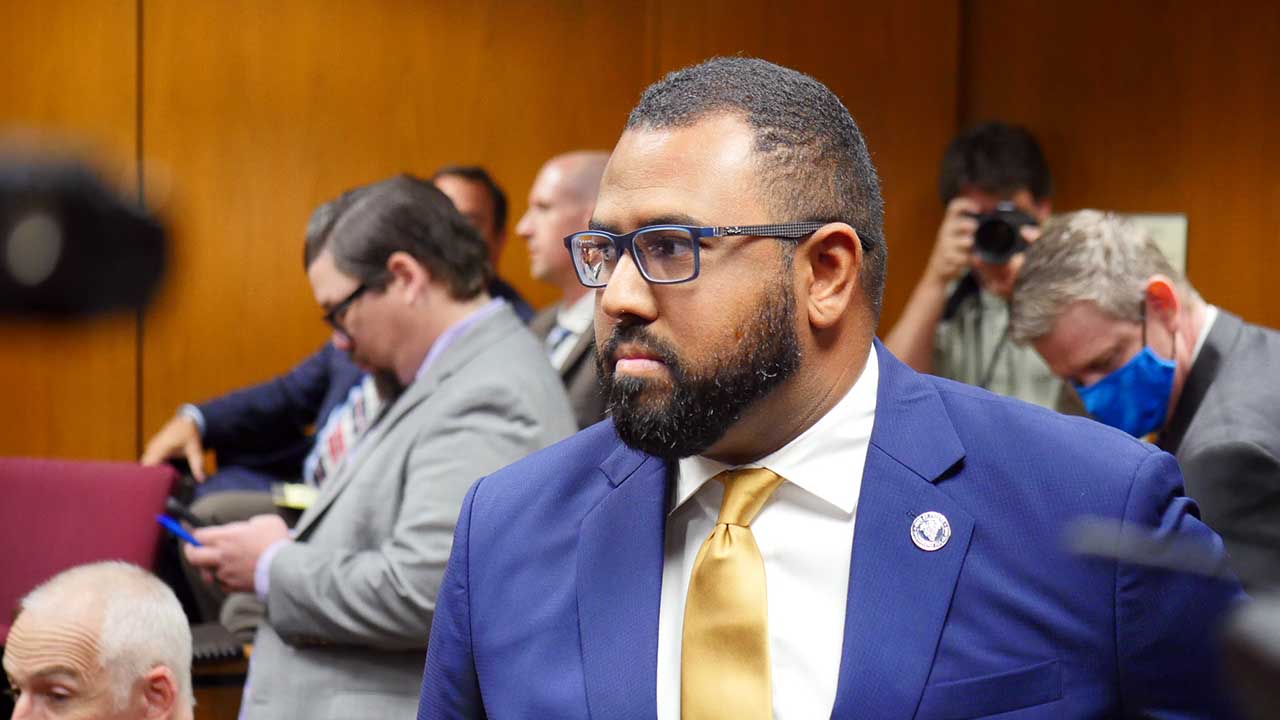 Fresno City Council President Nelson Esparza appeared in court Tuesday morning but did not enter a plea on two criminal counts accusing him of attempting to extort the then city attorney.

“I continue to be very humbled by the outpouring of community support that we’ve received and all the folks who showed up today on our behalf,” Esparza said after the hearing. “I think most folks in the community see this case certainly for what it is, but we are very … pleased to be on the road towards resolving this case and having finally engaged and started the process.”

Judge Jon Kapetan granted Esparza’s request to continue the arraignment until Oct. 27. Esparza’s attorneys also filed a motion to dismiss the case because the evidence is based on attorney-client communication. That motion will be heard on Oct. 27 as well.

Tuesday’s hearing was brief. Kapetan asked Esparza if he was willing to give up his right to be arraigned today. Esparza answered in the affirmative.

The Fresno County District Attorney’s Office accuses Esparza of threatening then-city attorney Douglas Sloan during a conversation in April. Esparza allegedly told Sloan that his job would be on the line if he provided legal guidance to certain City Council members.

The city charter says the city attorney works for all of the councilmembers.

Esparza has been charged with one felony count of attempted extortion and one misdemeanor count of violating the city charter.

“He never intended to extort anyone. And we believe that would come out of the trial,” Esparza’s attorney Mark Coleman said. “Anything they said during the course of that meeting was covered by the attorney-client privilege.”

Coleman said his strategy is for Esparza never to be arraigned. If the judge does not grant the motion to dismiss, Coleman will consider an appeal.

Esparza was joined in court by his partner Sandra Garcia, and fellow city councilmen Miguel Arias and Tyler Maxwell, as well as current and former staffers.

City taxpayers are paying for Esparza’s legal defense. The agreement calls for lead attorney Coleman to be paid $350 an hour.

Coleman said the rate is less than his customary rate. He said the legal team has spent “quite a few” hours on the case, but he did not have a specific amount of time.

“I don’t like the fact that my fee agreement (was) leaked within hours of the time it was filed. That sort of just exemplifies the entire issue surrounding this case. I submit my agreement that we’ve negotiated and within hours it’s public knowledge, which is unusual in a criminal defense case,” Coleman said.

Two other attorneys — contracted at $250 an hour — are working with Coleman on the case — Margarita Martinez Baly and Scott Quinlan.

Esparza had no comment on taxpayers funding his defense.

Arias said there is precedence for publicly funding the legal defense of a Fresno official.

The cases cited by Arias were civil suits.