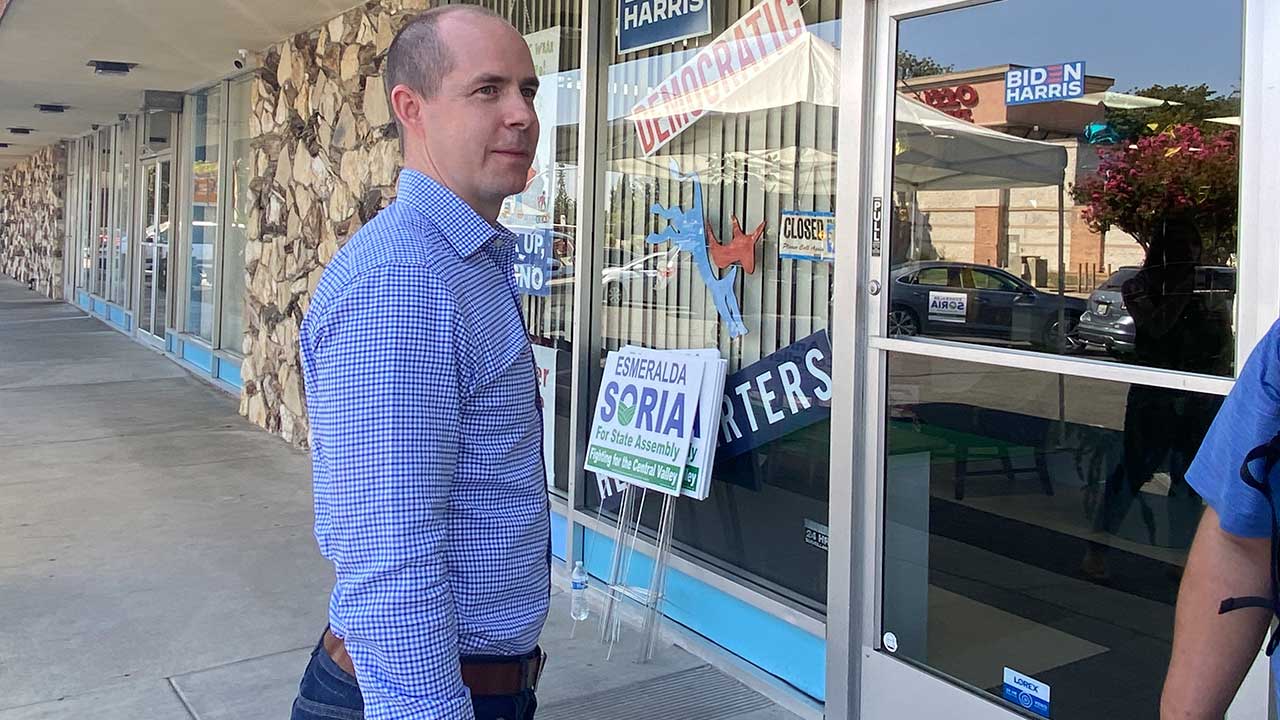 Fresno is “the future of our party,” said the leader for California Democrats.

“There’s been a decades long trend towards being a bluer part of the state. Our party continues to invest in the Central Valley, Fresno in particular,” state chairman Rusty Hicks said in a Saturday stop in Fresno.

Registration numbers show Democrats have held steady in Fresno County, between 38%-41% since 2010. Republicans have lost significantly in the same time period. For the 2010 general election, Republicans and Democrats were virtually even at 41% each. The most recent numbers find the GOP with only 32%. No party preference registrants have increased 10%.

“You have quality candidates that are pushing a quality message and delivering for residents and visitors alike. And I think at the same time, there’s been no viable alternative or reasonable solution on the other side. And so the combination of those two things, I think results in a community that’s trending towards being a Democratic community,” Hicks said. 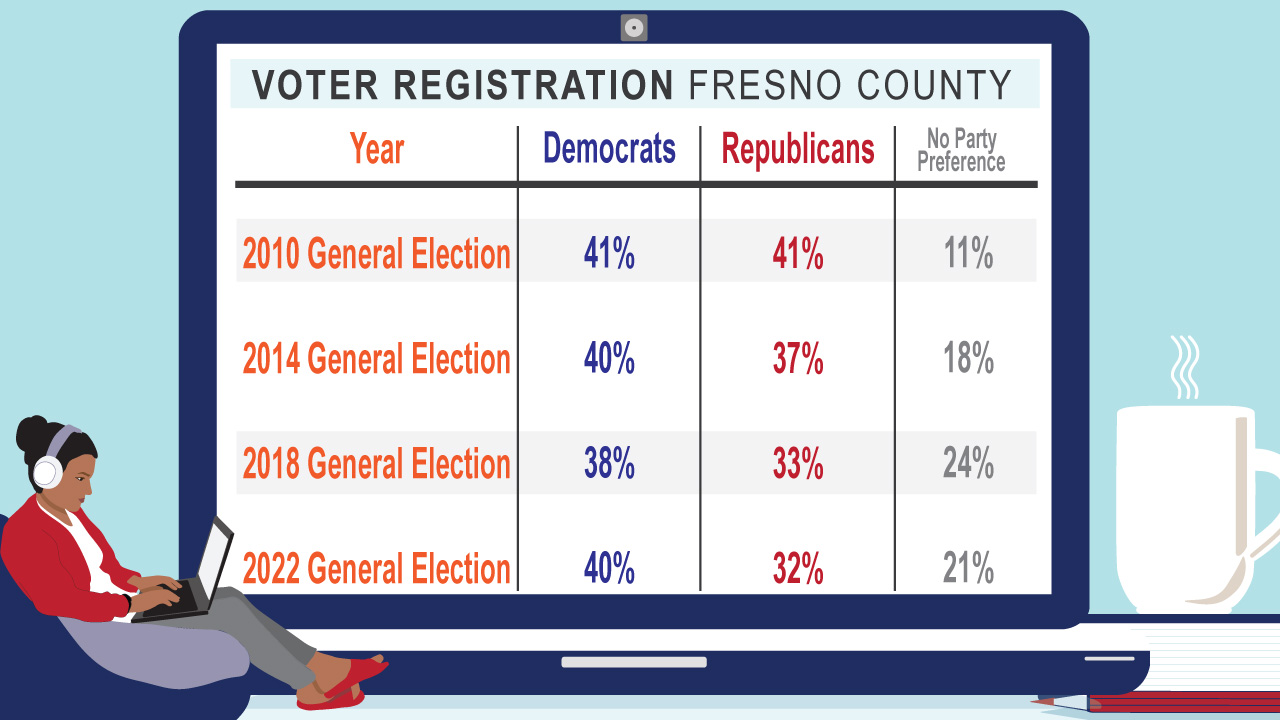 Hicks says Esparza should have his day in court.

“Innocent until proven guilty. And clearly he is to go through the legal process and that’s how that’ll be addressed,” Hicks said.

Hicks agrees that votes taken by government bodies, such as the Fresno City Council, should be made public. The City Council’s vote to fund Esparza’s criminal legal defense has yet to be revealed.

“I’m an advocate for ensuring that voters and residents (in) the jurisdiction understand how their duly elected elected officials are casting votes,” Hicks said.

“This is a choice between an Adam Gray and Rudy Salas and two other candidates who who are really toeing the national Trump Republican line. They have tried to navigate on one issue or the other. But the reality is, there is a clear choice in these races,” Hicks said.

Naturally, Hicks is optimistic about his party’s chances. Turnout will be the key.

The winning message, Hicks says, is to make sure voters know that “Democrats deliver.”

This month, the Fresno County Democratic Party started discussions about removing some members for supporting a local Republican candidate.

Fresno City Councilman Tyler Maxwell and at least two members of the county party have been accused of supporting Susan Wittrup, a Republican candidate for Fresno Unified School Board.

Hicks said it is up to each party to make that decision.

“Democrats should support Democrats. Whether it comes to removal from one body or the other, that’s a conversation for that local jurisdiction to ultimately have. But certainly, at the state level, I’m going to advocate for Democrats to support Democrats,” Hicks said.

After some hesitation, Gov. Gavin Newsom agreed to debate his opponent for re-election in November, Republican state Senator Brian Dahle.

The debate will take place on Sunday, Oct. 23, at the KQED radio studio in San Francisco.

“I think in many ways you can have a formal debate. But the reality is that candidates at that level are having a debate with one another in the public sphere every single day,” Rusty Hicks said.

No debates have been scheduled in the other competitive statewide races, manly for Attorney General — incumbent appointee Rob Bonta, a Democrat, faces Republican Nathan Hochman — or state controller, between Democrat Malia Cohen and Republican Lanhee Chen.

Hicks did not call for debate outright.

“I think every candidate has got to make a determination as to what’s best for that campaign to try to get across the finish line. But ultimately, it’s how are they communicating with 22 million voters in California, standing on the same stage at the same time. You know, some would argue maybe that’s the best way to do that. And then in some cases, maybe it’s not,” Hicks said.

These Ukrainians are Now Safe in Clovis. They’re Thankful, but Missing Family