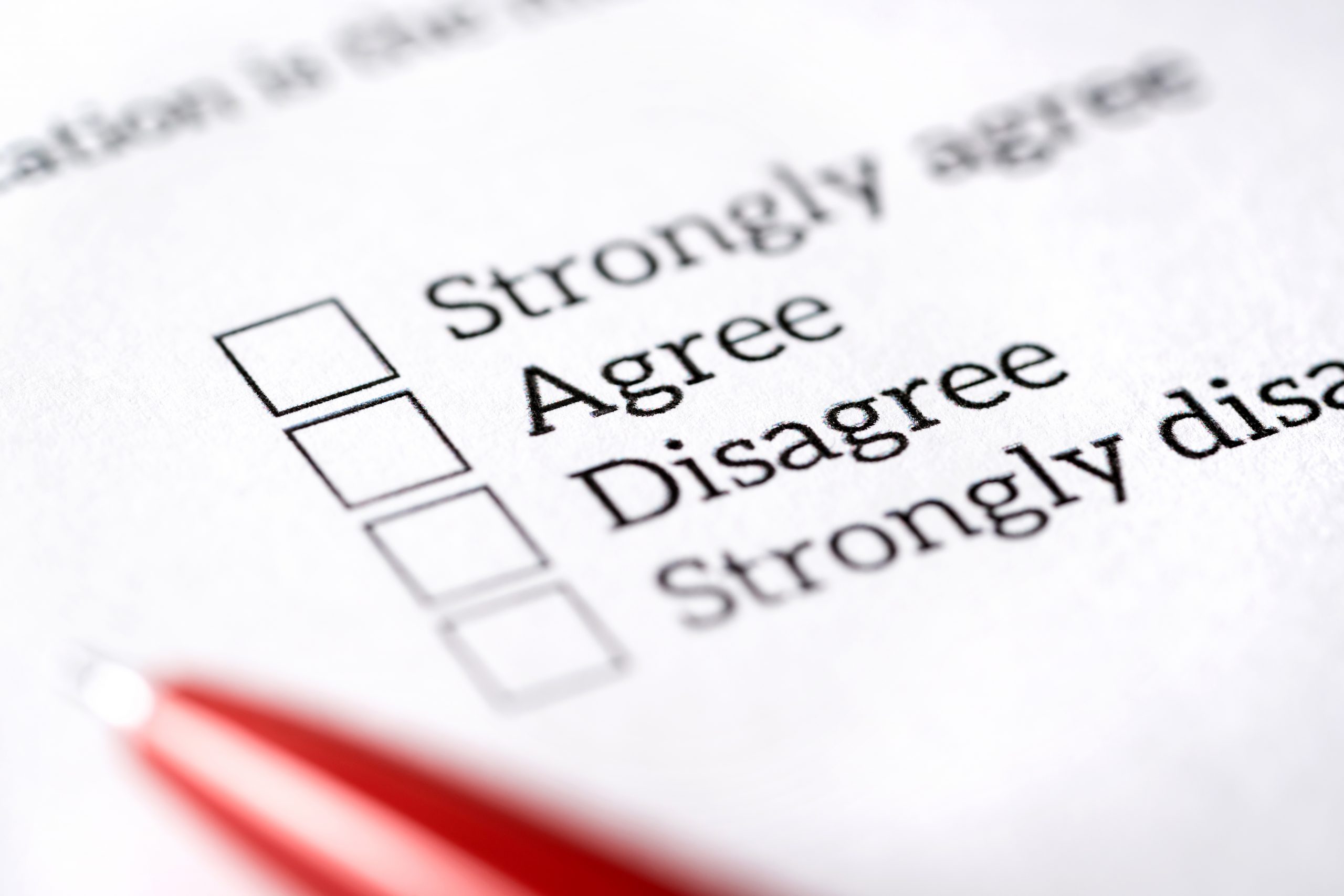 In a recent survey, over 1,8oo Fresno residents were asked to rank their top community concerns. (Shutterstock)
Share with friends

After two years in the top spot, worries about the COVID pandemic have been overtaken by other pressing concerns among city of Fresno residents.

That’s according to an annual survey from the Fresno County Civic Engagement Table.

Housing has now replaced COVID-19 as the top worry among many local residents, according to polling by the group, which represents a coalition of community organizations.

“Particularly among Fresno’s most diverse residents, there is a growing sense of unity about priority issues,” said Mai Thao, with FCCET. “However, our survey highlights that more work has to be done to make city resources more accessible and more reflective of the community as a whole.”

What Does the Survey Tell Us?

FCCET or the “Fresno Table ” consists of member organizations in the local community that provide support and services to communities of color and other underrepresented areas in the city of Fresno.

The New California Education Fund, Faith in the Valley, Fresno Metro Black Chamber of Commerce, Hmong Innovating Politics, and the Jakara Movement have all joined together in the last three years to help conduct the Fresno Speaks yearly survey.

This year, a total of 1,850 Fresno respondents meant to show a representative sample of the city’s demographics answered with affordable housing (20.5%), Homelessness (18.4%), Crime, and Gun Violence (16.9%) were the top issues of concern for residents this year. 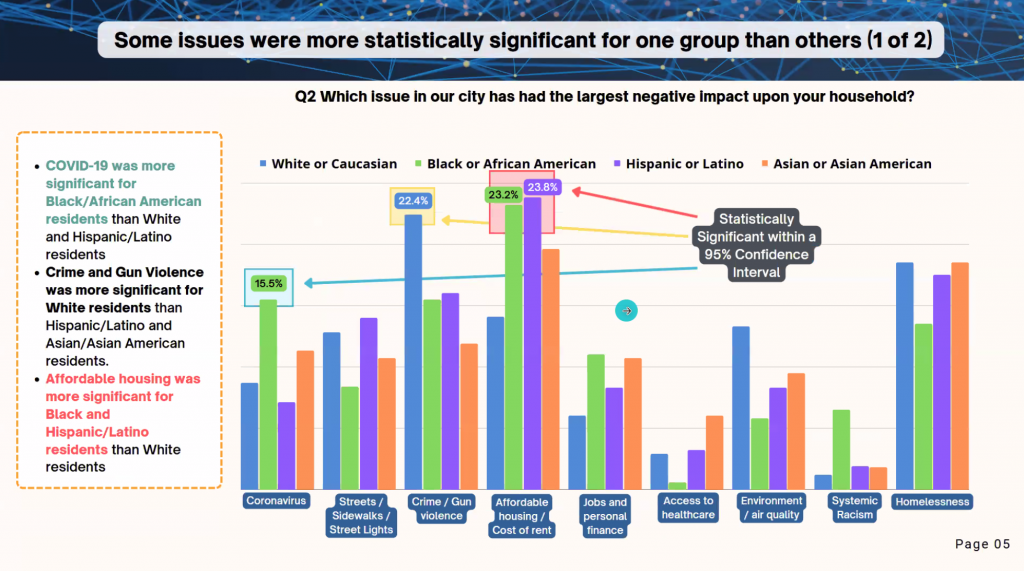 Fresno Speak Survey Results show affordable housing and homelessness was the most pressing issues for many minority groups in the city of Fresno. (Data by FCCET)

She said the problem in finding affordable housing has been evolving since even before the pandemic.

“The statistics don’t really do it justice on which people are really suffering,” said Cruz. ” You’ve got multiple families, especially during the pandemic that are living in the same homes because of how high the cost of living has become.”

How is the City of Fresno Addressing Housing and Homelessness?

In the last year, there have been several efforts by the city of Fresno to tackle the issue of housing and homelessness.

He has also overseen the building of tiny homes, and remodeling motels in the city to be used as transitional housing.

In addition, in June, the Fresno City Council hosted a special meeting to discuss proposed housing and homeless policies in the hopes of addressing these two core issues.

In the end, the city addressed what policies would be adopted, which ones wouldn’t be, how much funding is needed, and where certain funding would go.

Some California Cities Are Already Seeing a Drop in Home Prices

Economists have recently predicted that there will be a correction in the market coming soon with home prices dropping significantly.

A report by Fortune magazine cites data from Moody’s Analytics that shows markets that were considerably overvalued during the start of the pandemic will soon see a sharp decline in value.

Among those markets predicted to drop, California cities like Stockton and Oakland are expected to see a decline in home prices as much as over 40% in value.

As for the rest of the nation, Moody’s Analytics predicts a slower decline in national home prices that could drop between 5% to 10% and up to 15% to 20% if a recession hits.

Data by Redfin in August, shows median home prices for Fresno were still 4.3% higher than last year, however that is a slight decrease from earlier this year in April when the median home price in Fresno was up to $390,000 compared to this past month’s average which dropped to $365,000.

Are Rental Prices in Fresno Any Less Affordable?

As for rental prices in Fresno, monthly costs for a 1- bedroom and 2- bedroom apartment are still significantly high compared to the previous year.

Data by Zumper shows that the average rent for a 1-bedroom apartment in Fresno is currently at a total of $1,490 a month – this is a 10% increase compared to last year.

It is unclear whether rental prices will continue to come down, stay the same or jump back up. 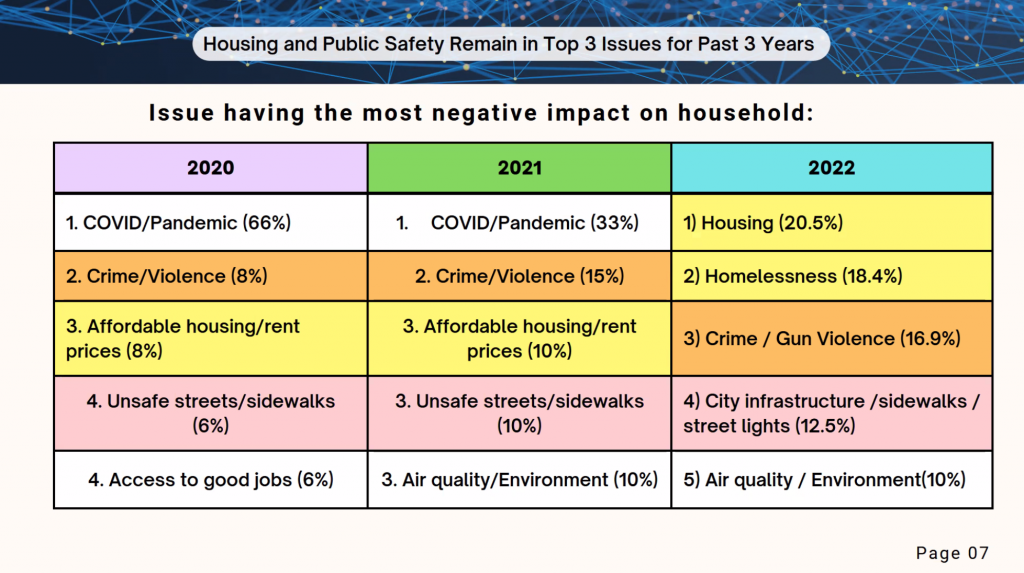 COVID no longer the biggest concern for Fresno residents, however, housing and public safety have remained the top issues in Fresno for the past 3 years. (FCCET Survey Results)