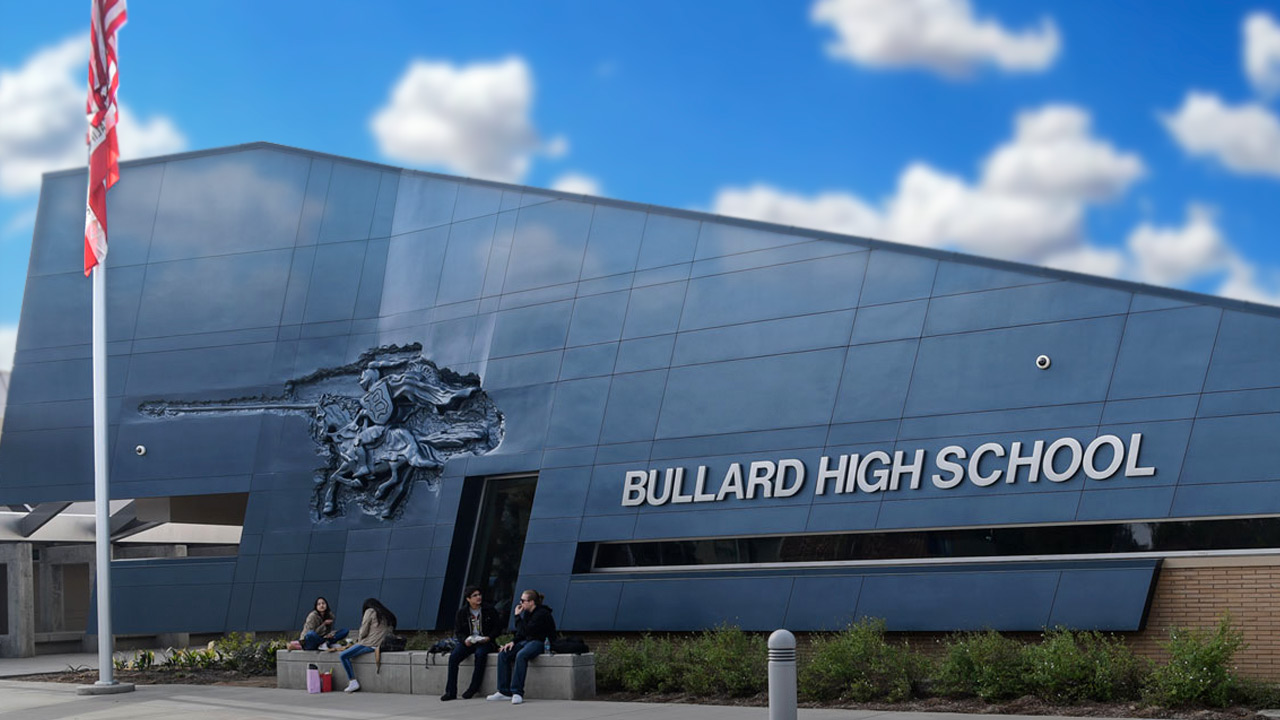 Bullard High School should have done a better job of communicating with students, staff, and parents on Wednesday after the school  went on lockdown in response to a phone call that shooters were on campus, a parent and a Fresno Unified School Board candidate told GV Wire on Thursday.

Marcelino Valdez Jr., the father of two Bullard students, said the school or Fresno Unified needs to issue a timeline of the events, including when and how students and parents were notified. Valdez said he has concerns that gaps and lags in communications could have put students and staff in harm’s way if shooters had actually been on campus.

Fresno Police Chief Paco Balderrama said Wednesday afternoon that police were told, via a transferred phone call at 11:56 a.m., that two shooters armed with AR-15 rifles were at the northwest Fresno school. Police were on campus four minutes later, Balderrama said, and determined by 12:04 p.m. that no shooting was taking place. However, police then combed the campus for the next hour to verify the absence of a threat.

Lt. Bill Dooley, spokesman for the Fresno Police Department, said Thursday that the initial call had been placed to the State Center Community College District dispatch center, which transferred the call to Fresno Police dispatch. Dooley said notification about the call was made over the radio on the police channel used by the district, which would have alerted the department’s armed, on-campus school resource officer.

Meanwhile, a police official would have been calling the school office to verify the school was on lockdown and confirm that police were en route, he said.

Valdez, formerly the president of the school’s PTSA, said his freshman daughter texted him at 12:04 p.m. that the school was on lockdown — leading him to question just how soon after Bullard was notified of the threat that the school ordered the lockdown.

Even a few minutes delay in a real threat could be deadly, he said.

Valdez said after getting the text, he headed for the school and was standing on campus when the first phone call notification to parents came at 12:13 p.m. from a vice principal who said that the threat was a hoax and “probably” prompted by a loud vehicle backfire.

But that was long before police had concluded their inch-by-inch review of the campus to conclusively determine no shooters were on campus, confirming the hoax, Valdez said. He said to prematurely call the incident a hoax could have put students and staff in danger if they let their guard down and a shooter actually was on campus.

A follow-up message to parents from the school noted that the lockdown had been prompted by the false report phoned in to police.

Susan Wittrup, a former school psychologist who is running for the Fresno Unified School Board Area 7 seat in the Bullard region, said the school could have done a better job in letting students and staff know about the hoax, even as the lockdown continued. Some students were still under their desks an hour into the lockdown and learned of the hoax in text messages from their parents, she said.

“Parents had information that teachers and students didn’t have. That’s huge,” she said Thursday.

Wittrup said parents told her of receiving “goodbye” messages from their children fearful that they might lose their lives on Wednesday.

“The trauma of that doesn’t dissipate,” she said.

Wittrup and Valdez said that Bullard needs to do a better job preparing students and staff for threats, including making sure that drills are scheduled earlier in the school year.

Bullard had not yet held an active shooter drill this school year, and only held its first fire drill on Tuesday, Valdez said.

For Valdez, Wednesday’s incident was a case of deja vu. His wife’s school, Nishimoto Elementary in Madera, was the target of a phoned-in shooting report on Tuesday that prompted a school lockdown and also turned out to be a hoax. Madera Police on Thursday said an 11-year-old student made that false report.

Fresno police and federal officials are investigating the hoax calls that came to Bullard and at least a half-dozen other schools in California around midday Wednesday to see if they are connected and who made them. Although California law limits prosecution for such calls to a misdemeanor unless they cause injury, federal officials could prosecute them as felonies.

Valdez said he was outraged when Superintendent Bob Nelson said at a Wednesday news conference that he had wondered whether the hoax call might have come from an opponent of Bullard’s proposed cell phone ban.

Principal Armen Torigian has proposed a new policy to require students to lock their smartphones and other devices in a magnetically sealed pouch during the school day to reduce distractions and improve student engagement and learning. The proposal has met with stiff opposition from some parents and students.

“Wasn’t he in the same room a few feet away when the chief (Balderrama) said police didn’t believe it was someone local because the caller had an accent?” Valdez said. “And that the call about Bullard came around the same time as calls throughout the state?”

Both Valdez and Wittrup had high praise for the speedy and massive response by the Fresno Police Department.

“When Uvalde happened, I said I knew that the Fresno Police Department would not have hesitated,” Valdez said, referred to the hourlong delay during a mass shooting at the Texas elementary school before police entered. “With yesterday’s action, my confidence in the police department is 100%.”

At Wednesday’s School Board meeting, Bullard Area Trustee Terry Slatic noted that some frantic parents, fearful for their children’s safety, broke through the police perimeter and scaled the waist-high chain link fence. At least one parent got past officials and was on campus while police were still there.

That could have put those parents in danger if police had mistaken them for a shooter, Slatic said.

He said the easier access to campus is the result of the School Board’s decision two years ago not to fund a higher fence around Bullard, the only high school without such a restrictive barrier.