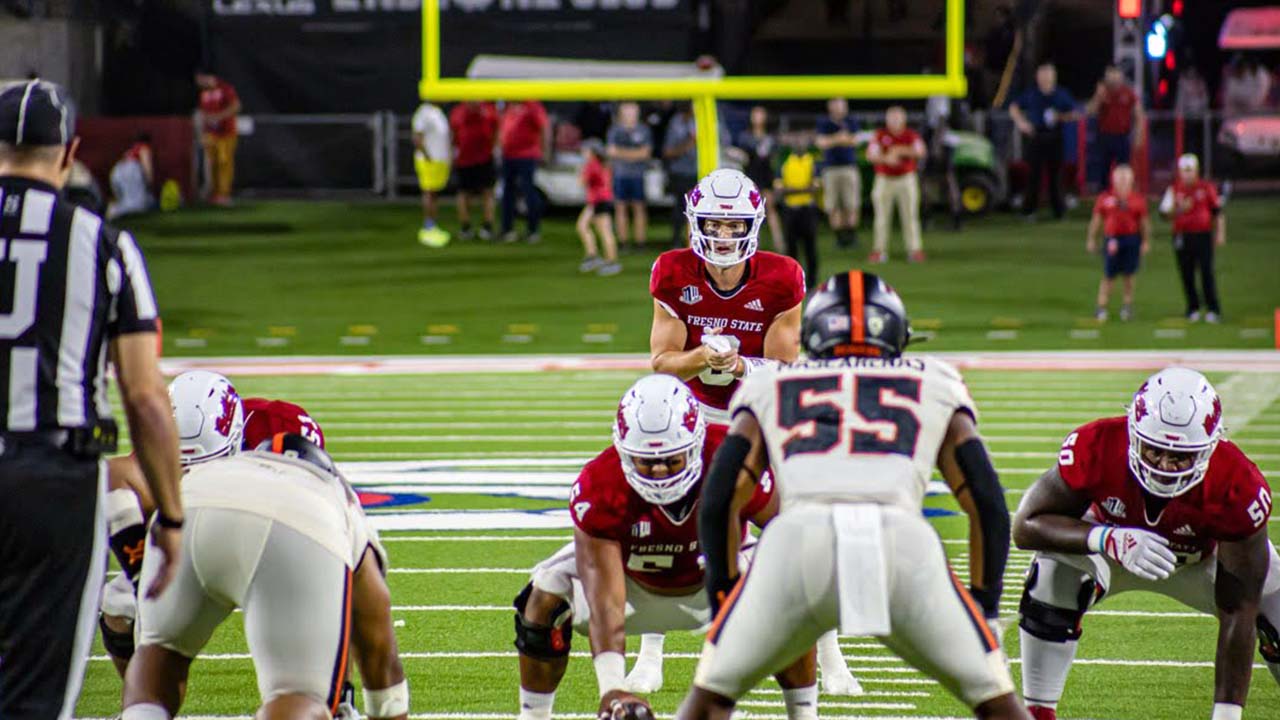 So many chances and so little to show for it.

That was the story of Fresno State’s last-play 35-32 loss to Oregon State on Saturday night before a packed house at Valley Children’s Stadium.

And now the Bulldogs must recover from a heartbreaking defeat to prepare the team ahead — No. 7 in the nation USC at the Los Angeles Memorial Coliseum.

The Beavers (2-0) picked up their first victory in six trips to Fresno when their jack-of-all-trades fullback and linebacker Jack Colletto scored from 2 yards out on the final play.

“That’s big,” said Oregon State coach Jonathan Smith, whose Beavers opened with a home win over Boise State. “These are two quality teams that we just played. Our main goal isn’t to be great non-conference. But these two games set us up. The type of style Pac-12 compared to these two teams is not much different.”

The Bulldogs (1-1) were hoping for their first home win against a Pac-12 team in 10 years but blew too many chances.

They drove to the Oregon State 25 or closer seven times and turned those trips into just two touchdowns. Abraham Montano missed a 34-yard field goal after one red zone drive, botched an extra point, and Fresno State settled for field goals four other times for 12 points.

Jordan Mims’ TD run in the third quarter provided the only TD until Haener’s late go-ahead TD throw to Erik Brooks with 1:05 left.

“We moved the ball well and did a lot of good things but you have to score touchdowns,” said Haener, who threw for 360 yards. “Some of that is on me. I have to do a better job with decisions down in the red zone.”

Oregon State Goes for the Win

The Beavers initially appeared ready to go for a game-tying field goal before Smith opted to gamble for the win following a timeout by Fresno State.

“They called a timeout and I kept thinking to myself, ‘We came here down here to win the game, not to go to overtime,’” Smith said. “The opportunity with Jack Colletto on the 2 and we did it.”

Fresno State coach Jeff Tedford said he wasn’t trying to ice the kicker when he called the timeout but just wanted to avoid confusion among his players.

“(The Beavers) were going back and forth with a field goal and going for it so so we had to have the right personnel on the field,” he said.

The Bulldogs didn’t have the players to stop Colletto. He took a direct snap and ran it in for the score that gave the Beavers their first 2-0 start since 2014.

“I was like I think this could work,” Colletto said of his reaction when Smith called his number. “We’ve had some success with the plays we’ve had and it worked out perfectly.”

It capped a wild final stretch of the game that featured three lead changes in the final 1:50.

Chance Nolan threw a 17-yard touchdown pass to Tre’Shaun Harrison with 1:50 remaining to put Oregon State ahead 29-26 on the 2-point conversion.

Haener needed just 45 seconds to answer, completing a 45-yard pass to Jalen Moreno-Cropper that set up the go-ahead 4-yard score to Erik Brooks with 1:05 to play.

Montano missed the extra point and the Beavers had a chance to tie it with a field goal or win it with a TD.

A 28-yard pass from Nolan to Luke Musgrave got the ball to the 14 and then a pass interference call set up the final decision for Smith and the game-winning score.

Mims ran for 122 yards and two scores for the Bulldogs.