When Disaster Strikes, Will You Be Ready? Tips for Survival in the Valley 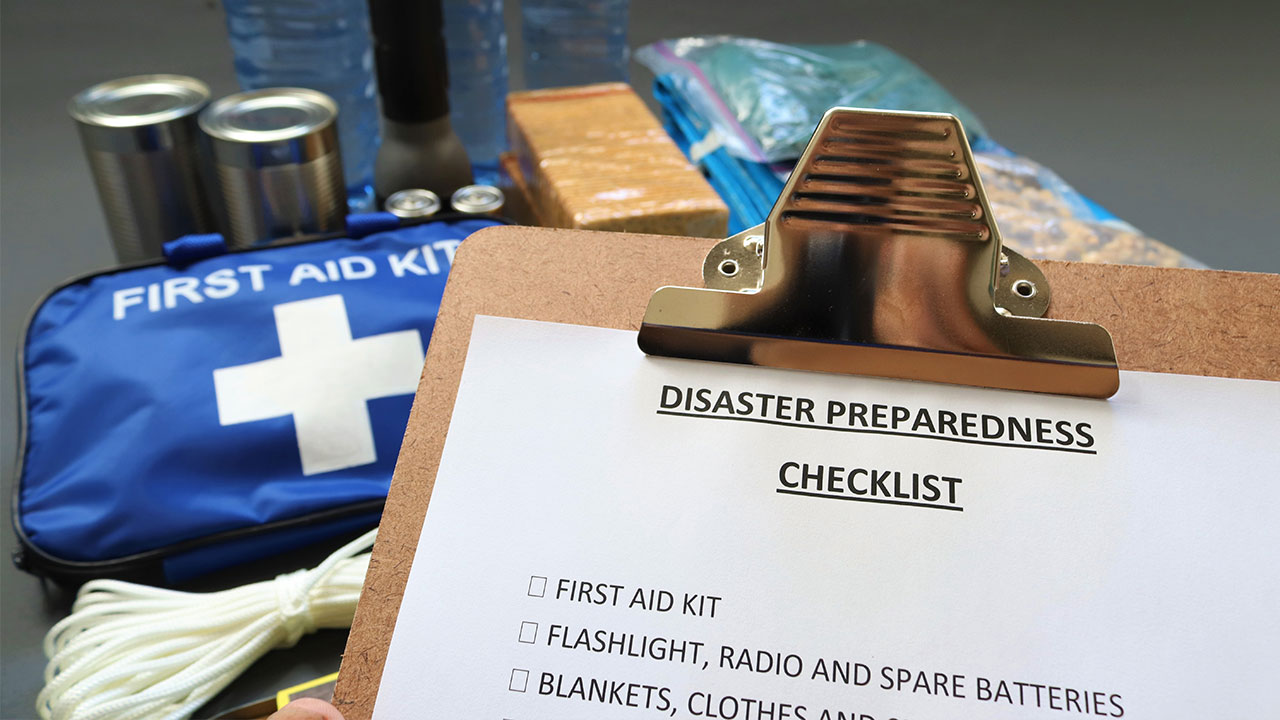 September is National Preparedness Month, and nonprofit agencies are encouraging people to be ready for natural disasters. (Shutterstock)
Share with friends

Despite efforts to combat climate change, natural disasters are on the rise, and the American Red Cross is urging individuals to be ready as part of National Preparedness Month.

“More powerful climate-driven occurrences are happening across the U.S. than ever before,” said Lori Wilson, executive director for the Red Cross in the Central Valley.

“In fact, there have been more climate-related disasters in the nation over the past two decades than in any other country. It’s vital that everyone take steps to be prepared.”

As of Thursday, Jackson remained under a boil water advisory, but the drop in water pressure that had brought the system to near collapse appeared to be resolved, officials there said.

What Kind of Disasters is the Central Valley Prone To?

Elba Scherer, who works with the nonprofit Hands On Central California as the AmeriCorps Senior Volunteer program director, names the natural disasters that could occur in the Valley.

In Madera and Merced counties, individuals should watch out for flooding, while Coalinga residents should plan for earthquakes as they sit on top of the San Andreas fault line.

Throughout the Valley, residents must know how to protect themselves from extreme heat and heat-related power outages. Folks in the Valley’s mountains and foothills should always be on the lookout for signs of a forest fire. 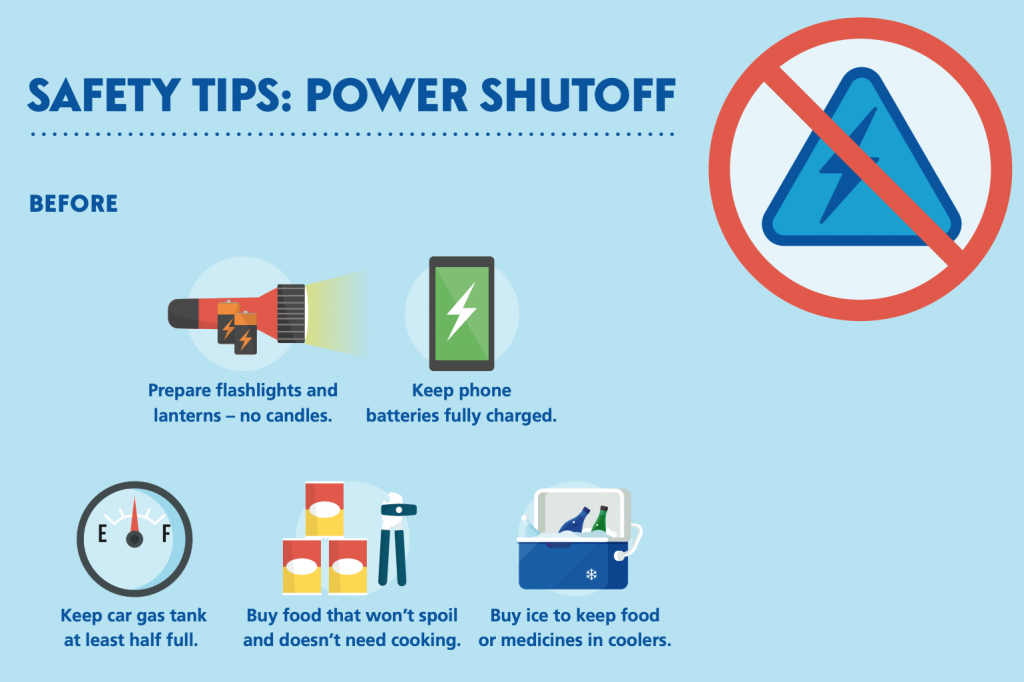 “Power outages can also be a huge concern,” said Scherer. “It is something that people should plan for especially if they need to rely on electricity for any kind of health needs, like if you’re on an oxygen machine, your battery only lasts so long before it has to be recharged.”

In addition, diabetics who need to keep their medications cool should have a backup source in case the power is out for a long time.

In fact, having the power out in extreme heat can be detrimental for many.

Scherer’s own daughter suffers from heat intolerance and if the power ever goes out, Scherer would have to figure out a way to keep her cool because if she gets too hot, she gets seizures.

Watch: Saving Lives by Having a Plan

How to Keep You and Your Family Safe

While there may be different ways to prepare for each natural disaster, Scherer says signing up for emergency alerts on your phone and having a generalized disaster plan can go a long way.

“Having a disaster plan, knowing what to do in a disaster is really the first step to responding, no matter what kind of disaster it is,” said Scherer. 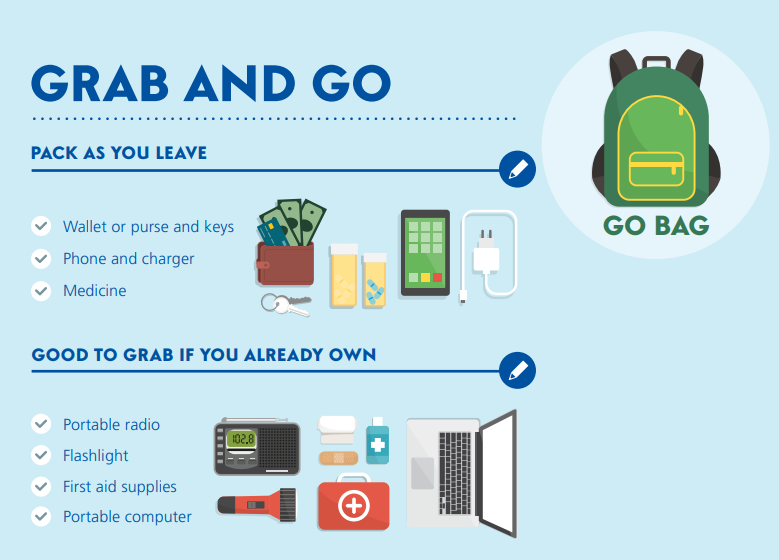 The kit should have a gallon of water per person, per day, including non-perishable food, a flashlight, and a battery-powered radio.

In addition, individuals should have a first aid kit, medications, supplies for infants or pets, a multi-purpose tool, and personal hygiene items.

Other items that can be easily forgotten during an emergency are copies of important paperwork, cell phone chargers, blankets, maps of the area, and emergency contact information.

Secondly, the Red Cross advises families to have a plan in place in case individuals are separated, and what to do during an evacuation.

During an emergency, it’s important to coordinate with your child’s school and your work.

Elderly More Likely to Need Help During an Emergency Disaster

Part of what makes natural disasters so difficult for many is having to not only plan for such an emergency but also making sure that elder family members and neighbors have a way to stay safe.

That could mean making accommodations for transporting elderly adults and adults with disabilities who may not be able to drive themselves to safety.

Scherer works with many elderly adults in preparing them for these types of emergencies.

“We help them understand what their challenges might be and give them some resources, common tools, and common methods to overcome those challenges so that they have a disaster plan that will actually work for them in the case of a disaster,” said Scherer.

“We took this up after the Paradise Fire because so many of the people who lost their lives in that fire were older or disabled people who just could not get out in time and were caught up in that fire.”

How to Help Your Community

The Red Cross suggests there are many ways that one can help.

“Be ready to not only help your loved ones, but your neighbors too,” said Wilson. “You can volunteer or take a class and learn lifesaving skills.”

Residents are encouraged to learn lifesaving skills that could come in handy during a crisis or disaster until medical help arrives.

You can become a Red Cross volunteer by joining their Disaster Action Team here. To become a volunteer for Hands on Central California, click here.