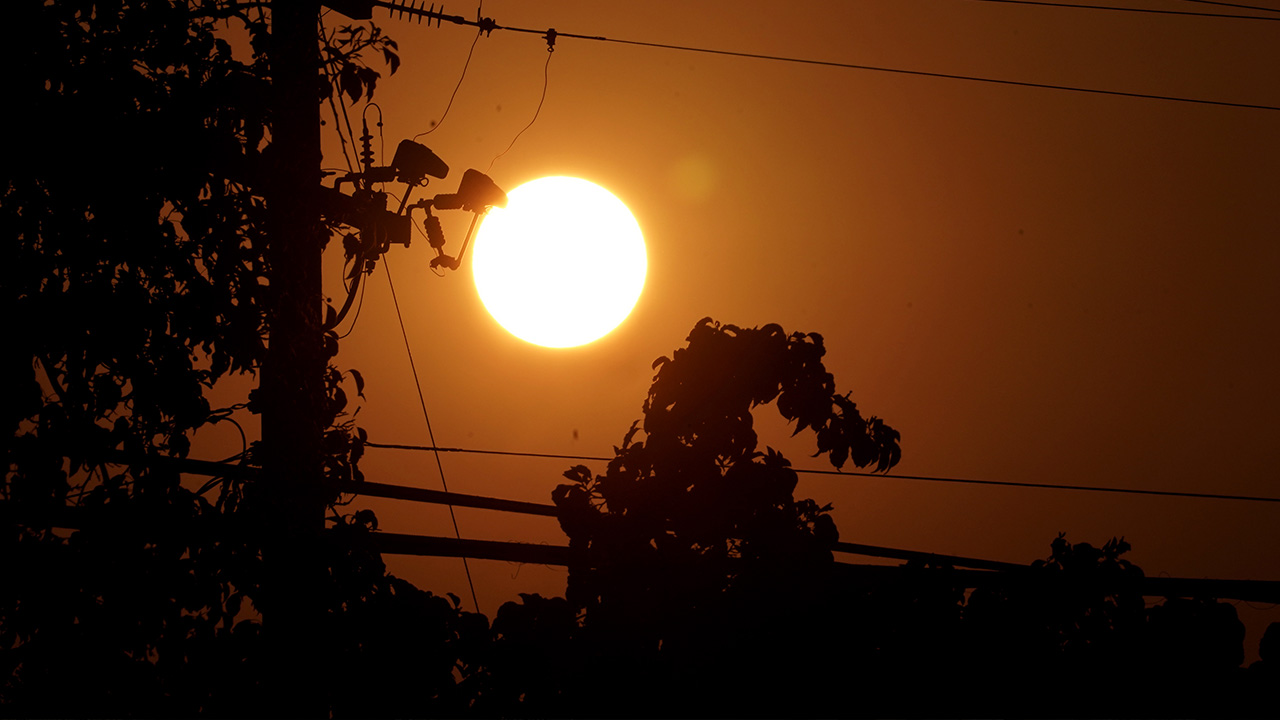 Regardless of where you live in California, it has been a summer of big challenges.

Drought, record heat, Flex Alerts to prevent power outages, and wildfires have made this summer a lot more difficult than the proverbial day at the beach.

Add the arrival of unhealthy air in the San Joaquin Valley and potential flooding in Southern California courtesy of Tropical Storm Kay, as well as the Southern Sierra.

The Valley air is now tinged with particulate matter from wildfires, prompting the air district to issue an Air Quality Advisory on Thursday afternoon.

“Anyone experiencing poor air quality due to wildfire smoke should move to a filtered, air-conditioned environment with windows closed. Common cloth and paper masks being used as protection from COVID-19 may not be sufficient protection from wildfire smoke inhalation,” the Valley Air District advised in a news release.

For details on wildfires affecting the Valley, as well as resources to protect yourself from exposure to wildfire smoke, click on this link.

You can check air quality at any Valley location at myRAAN.com, and view the EPA AirNow Fire and Smoke map at this link.

Excessive rainfall is possible in the Kern County mountains and desert and Southern Sierra Nevada from 5 AM PDT until 11 PM PDT Saturday, September 10th, 2022. A Flash Flood Watch is in effect. Rainfall rates of around one inch per hour are conceivable. #CAwx pic.twitter.com/bYAU51o8Nd

With the heat wave expected to end Saturday, the managers of the state power grid have a voluntary Flex Alert for Friday from 4 p.m. to 9 p.m.

For tips on what to do before and after a Flex Alert, click here.

For nine days through Thursday, the vast energy network that includes power plants, solar farms, and a web of transmission lines strained under record-setting demand driven by air conditioners.

But Californians have voluntarily conserved enough energy to avoid rolling blackouts or grid failure — though thousands of customers did lose power at various times for other reasons.

Illustrating how one challenge leads to another: Firefighters struggled to control major wildfires in Southern California and the Sierra Nevada that exploded in growth, forced thousands to evacuate, and produced smoke that could interfere with solar power and further hamper electricity supplies.

In addition, with the West in a 23-year megadrought, there has been a sharp drop in the hydropower California relies on at peak power demand times.

Temperatures Dip Below 100 on Saturday

Valley residents undoubtedly will celebrate the likely farewell of triple-digit temperatures for the year on Saturday.

The National Weather Service forecast for Fresno calls for a high near 107 on Friday, 93 Saturday, and 93 Sunday. There is also a weekend possibility of showers.

By next Wednesday, the high could drop into the 80s. The arrival of 70-degree highs isn’t anticipated until October.

Cal Fire officials say the wildfire that started Wednesday at Road 222 and Road 200 in North Fork, had scorched nearly 800 acres and was 20% contained as of 8 a.m. Friday.

“The Fork fire did not exhibit much fire growth overnight. Firefighters continue to aggressively construct and reinforce control lines,” officials said in the morning incident report. “Mop-up operations have begun. Hot and dry weather conditions are still a concern. A damage assessment team has been activated and will be confirming damaged and/or destroyed structures.”

You can sign up for Madera County emergency alert notifications at MCAlert.org.

Cal Fire says the Power wildfire that started Tuesday afternoon in Auberry is now 95% contained, and fire impression efforts have limited it to 130 acres.