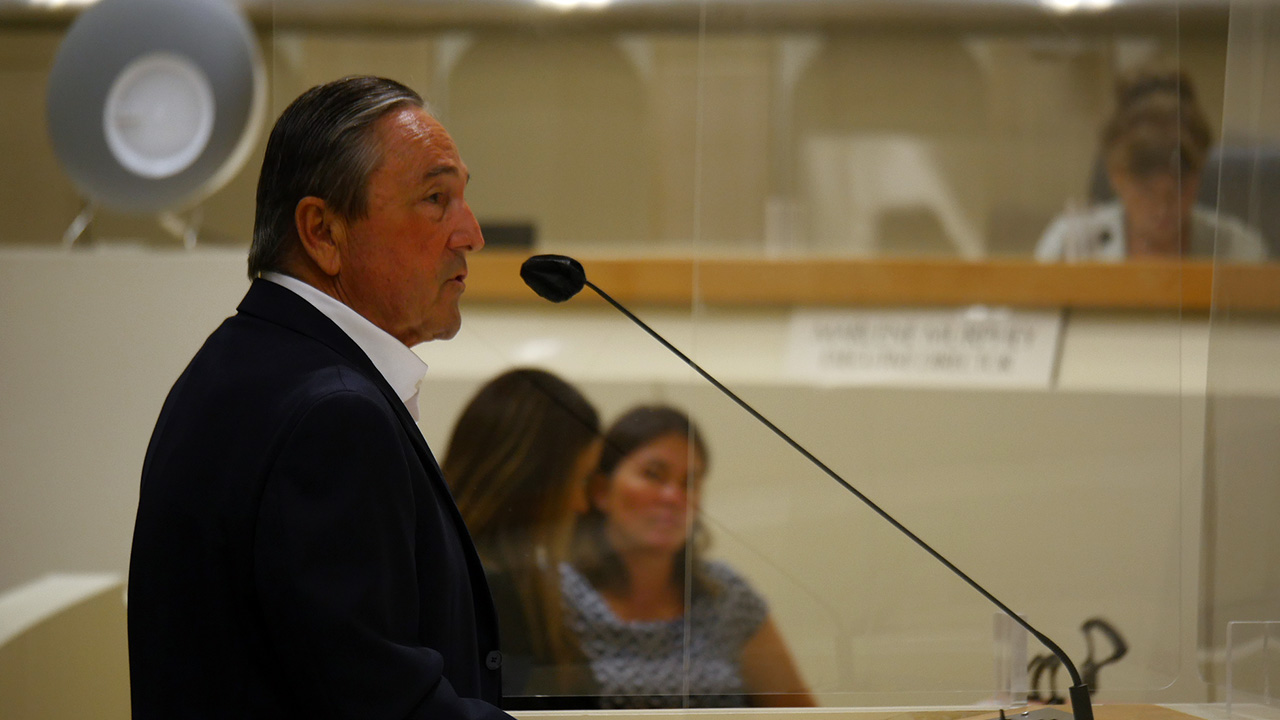 Local developer Mehmet Noyan said he was in shock after the Fresno City Council did not approve an extension for his company's South Stadium housing project. (GV Wire/Jahz Tello)
Share with friends

Council supporters could not muster the votes needed to keep the 99-unit South Stadium project in downtown Fresno alive.

“I’m so angry and so disappointed that … jumping back into this makes me sick to my stomach … I’ve done a lot of good things to Fresno. I’ve improved communities. I’ve gone into inner cities and projects where nobody else would. And this is how you get rewarded,” Noyan said an hour after the meeting in a phone interview with GV Wire.

The Fresno City Council met in a special session Wednesday morning to vote on an extension of project deadlines. Without the continuation, $10 million in state funding is set to expire later today.

The project, first conceived by development group Noyan Frazier Capital, L.P. in 2009 and approved by the City Council in 2014, has been delayed for several reasons. Timelines established in 2016 estimated a 2019 opening. But timelines and deadlines are ultimately controlled by the City Council.

The current version of the extension set a completion date of 2025, six years behind schedule. The city still owns the land at the corner of Fulton and Inyo streets where the development was slated to be built

Marketed as “The Park,” the mixed-use project would have included 99 rental apartments overall, with 20 set aside as affordable housing. Initial plans called for 66 units with 10 designated for below-market rents. 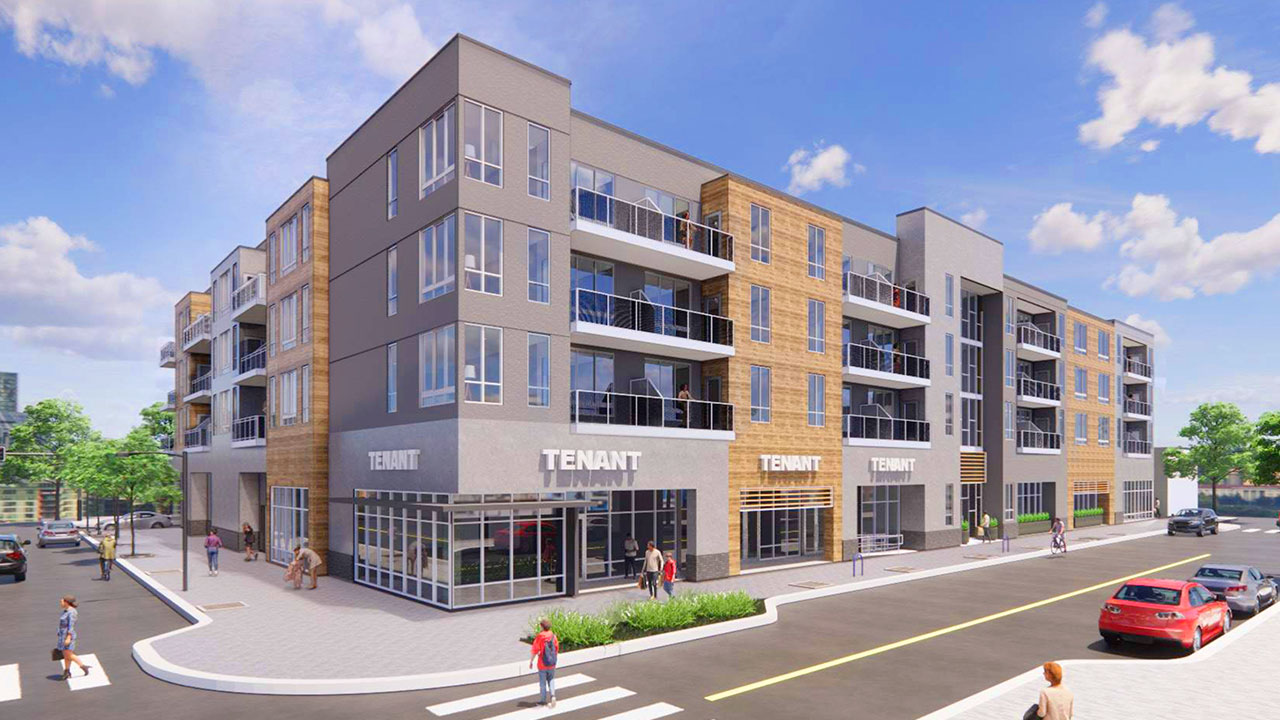 Artist rendering of “The Park” part of the South Stadium project in downtown Fresno. (City of Fresno)

The council was set to vote on extending what is known as a Disposition and Development Agreement — which includes timelines for closing escrow and for the start and completion of construction.

Soria’s recusal came on the advice of legal counsel. She is in a romantic relationship with businessman Terance Frazier, who was an original partner in the project. Frazier announced he would divest himself in an effort to move the development forward.

Five councilmembers appeared in person for the meeting in the City Hall chambers.  Arias and Soria appeared electronically via Zoom.

The required five votes is part of a recently amended policy on land use issues established by the City Council in May 2021 by a 7-0 vote.

The City Council originally voted on the project extension at its Aug. 18 meeting. It received four “yes” votes then and was brought back today in a renewed effort to meet the supermajority threshold.

Bredefeld had problems with Frazier’s involvement based on his dealings with city-owned Granite Park. Frazier’s nonprofit runs the park under an agreement with the city. A controversial audit led to litigation. Frazier sued the city, a case still pending in federal court.

But Frazier removing himself was not enough for Bredefeld. He criticized the project for being six years behind schedule, which he said was too long of a delay.

“Now we’re going to make another request to ignore this effort to hold people accountable for when they make commitments and they have agreements and timelines,” Bredefeld said. “We need to cancel this.”

Bredefeld suggested, “pulling the plug” on the project and starting the process over by putting it out again for open bidding.

Karbassi also questioned why deadlines weren’t met and the status of the project’s funding.

“After 8 years, with no true start date for construction, I could not in good conscience allow further extensions to leave prime land idle any further,” Karbassi said in an email statement after the meeting.

Both Bredefeld and Karbassi questioned the fairness of extending the South Stadium project’s deadlines, when the council previously denied an extension for another Fulton Street project in 2021. The City Council voted not to extend a project by developer Cliff Tutelian, citing questions about finances and whether he had control of the land.

Speaking with the media after the vote, City Council President Nelson Esparza said an extension for the South Stadium project was justified. 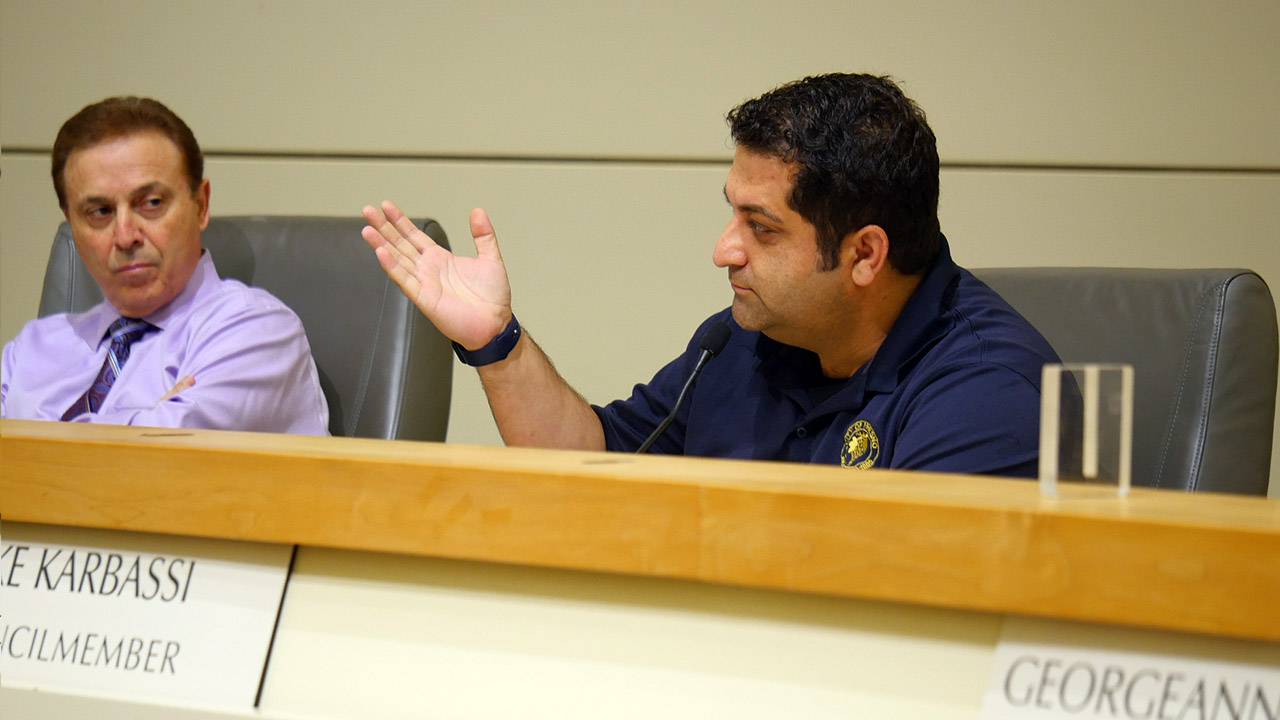 “One who I believe is totally ignorant of the scenario (Karbassi). The other who’s one of the most mean spirited people I’ve ever met in my life (Bredefeld). They just cost the city of Fresno $10 million of housing funds. And, you know, it’s doubtful that the state agencies will look friendly on Fresno after going through something like this,” Noyan said.

He called them vindictive, unaware of the “unintended consequences.”

Noyan said Fresno is “a very difficult place to do business.”

“While we count ourselves as being business-friendly, we’re not. And I’ve worked at other communities up and down the state. We’ve got some work to do just to be a legitimate development-friendly community,” Noyan said.

In response, Bredefeld said he was protecting taxpayers over the interests of an entitled developer.

“I can certainly understand why Mr. Noyan is so upset,” Bredefeld said.  “He’s not used to being told “no” when he comes to City Hall. He’s had 5 extensions over the past six years from the City Council and they gave him nearly $700,000 three years ago when he stated he needed more money to complete construction.

“Today Council Member Karbassi and I stood up for the taxpayers and said “no more” to the continuous delays since 2016. Now the City will take back the undeveloped land and put out a request for other proposals to develop the site. It should’ve happened long ago.” the councilmember added.

Arias, who represents the area where South Stadium would have been built, warned his colleagues about the message the vote would send.

“I just want to remind folks that that’s going to send a pretty chilling effect to anyone who takes the risk of developing in downtown. Every development in downtown has taken years to come forward,” Arias said during the meeting.

“I think Miguel kind of nailed it. What kind of message does this send to the development community if you can’t get a project approved that’s teed up and ready to go? What message does that send?” Noyan asked.

Arias said there are several other pending projects in Fresno that have been on the books for at least 20 years.

“We’re going to set ourselves up for denying several renewals coming forward in the next few months,” Arias said.

Noyan said he wanted to wait until Fulton Street opened to vehicle traffic — which took place in 2017. He said takes time for state funding for affordable housing projects to come through.

“I’m not going to say I’m 100% innocent, that it’s always somebody else’s fault. But we did have the pandemic. We had issues with outside agencies. We’ve had issues with planning,” Noyan said.

The most recent issue was the need to redesign the first floor of the project because of flood control needs.