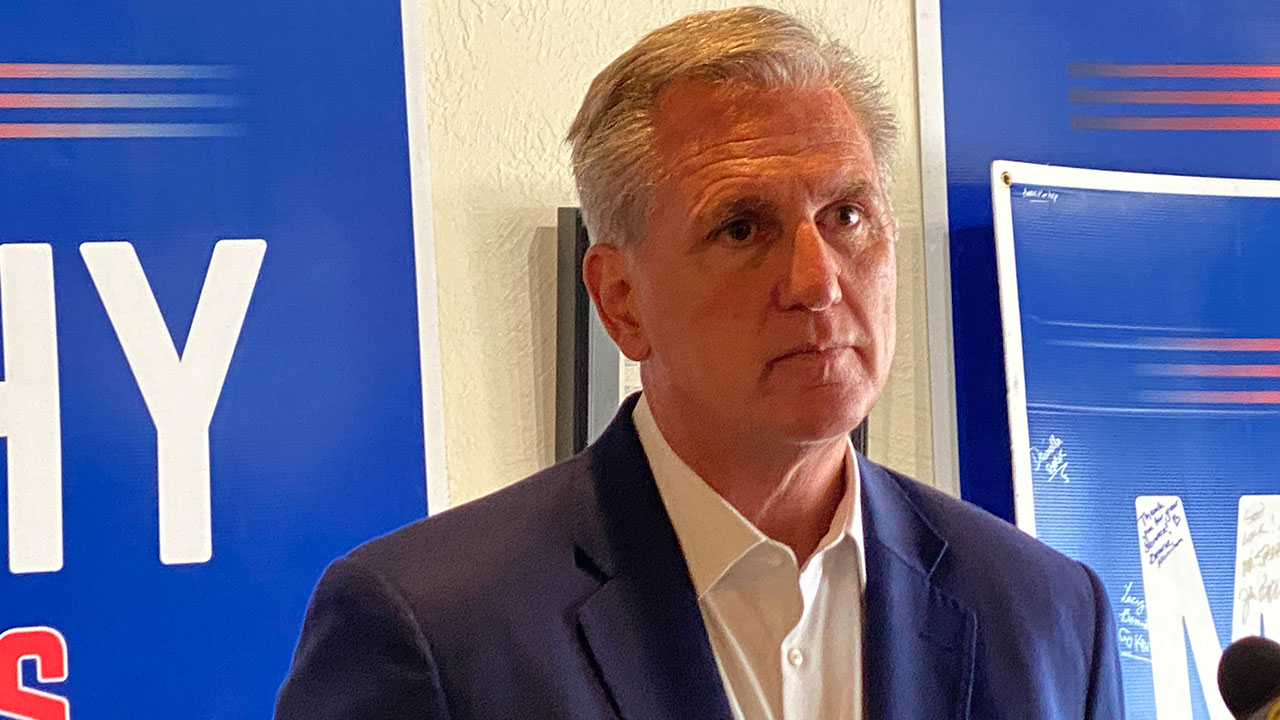 “I think that policy is bad and stupid. I think that policy only harms people from the standpoint that government is going to dictate what you can buy. Here we are with people with that like minded opinion that they know best and want to control all. They have now raised our price of living,” McCarthy said Friday.

The move by the California Air Resources Board Thursday to require all new cars, pickup trucks and SUVs sold in the state to be electric or hydrogen by 2035 is likely to reshape the U.S. auto market, which gets 10% of its sales from the nation’s most populous state, the AP reported. Leaders in several other states have promised to follow California’s lead.

The issue was one of several that McCarthy discussed during a 30-minute news conference with local media held at his Clovis campaign office.

McCarthy, poised to be the Speaker of the House if Republicans take control of the chamber in November, said inflation is the top issue he hears from constituents. He repeated the phrase often that inflation has eaten a month’s worth of salary for the average American.

He demonized Democrats for the price of gasoline and other costs. He also questioned the value of electric vehicles on Central Valley farms.

“Is an electric truck really going to work when it comes to tilling the farmland or is it really going to work if that’s our only choice when we’re moving dirt or are drilling for oil or natural gas or building a solar facility? Why do they take away options?” McCarthy said.

McCarthy questioned whether California even has the power capacity to charge all the new electric cars that would be required under the regulations.

The commission says car charging will account for about 4% of energy by 2030 when use is highest, typically during hot summer evenings. That’s when California sometimes struggles to provide enough energy because the amount of solar power diminishes as the sun goes down, the AP reported.

“Why do I have to be at a disadvantage to live in California? Maybe that’s why we’re losing a population. Maybe if we were a little freer and trust people to have their own choices, maybe it wouldn’t cost as much to live here and people would choose to stay here,” McCarthy said.