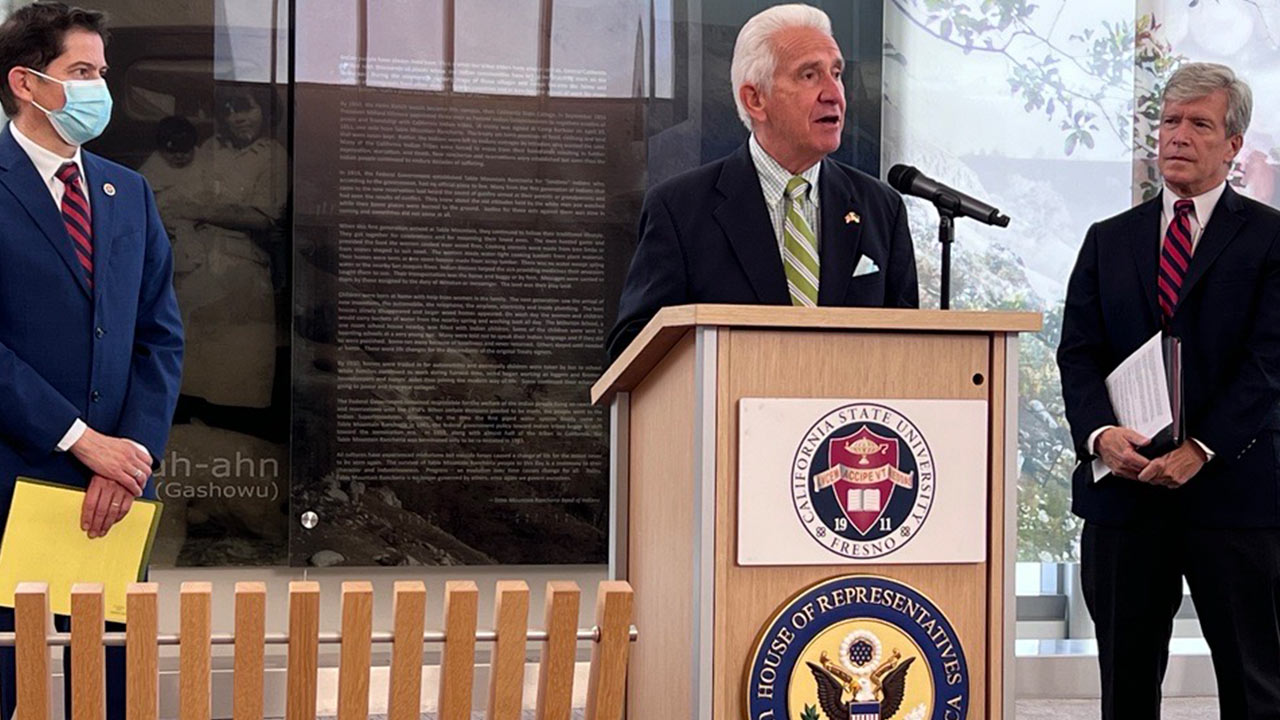 If funded by Congress, HR 8688 — Boosting University Investments in Low-Income Districts, or BUILD — would provide grants of $25 million to $50 million over five years for universities to use for community revitalization and business and workforce development.

The proposed legislation is based on part on a recent report by the Brookings Institution, “Supporting Distressed Communities by Strengthening Regional Public Universities: A federal policy proposal,” that correlates education levels and investment to a region’s economic prosperity.

The grants would target five areas, all of which would be useful for the Valley, the three local officials said:

It’s the second time this month that the term “transformational” has been used to describe the possibility of additional funding for Fresno State. Proponents of Measure E, the proposed two-tenths of a cent sales tax to benefit Fresno State’s academics and athletics, also said the potential to raise an additional $720 million over 20 years would be “transformational” for the university and the region.

Costa said he’s had conversations with Jiménez-Sandoval about the impact the sales tax would have on the university if voters pass it in November.

“It’s needed, and I told him I would try to be helpful,” Costa said, adding that he’s in favor of Measure E.

Congress would need to authorize an additional $1.5 billion to $1.7 billion to cover the costs of BUILD. That would be comparable to the $1.6 billion already allocated for land grant universities.

Keppler said investing in Fresno State would in effect be an investment in the region as well because of how highly interlinked the university is with the community. An example of what investing in education can mean lies right next door, he said.

“Why is Clovis so successful? Because they have a great educational system,” Keppler said. “What if the university, Fresno State, was the equivalent at the university level and really a star, and you need resources to do that. So that’s something to think about, what impact is that economically and socially on our region if we try to emulate that model at the higher education level.”

The Impact of BUILD

The Valley is central to meeting the nation’s food needs but could expand beyond the production of bulk produce into processing, creating more and better-paying job opportunities, Jiménez-Sandoval said. Additional applied research could expand applications of water use, soil health, and engineering that would be useful not only for the Valley but for agriculture worldwide, he said.

The education system that was established in the 1950s, when the University of California campuses were designated as centers of education and research while the California State University system was designated to train teachers, has evolved over time, with more and more research at Fresno State and other CSUs. The funding, however, has not caught up with the changed roles, Jiménez-Sandoval said.

With funding through BUILD, “we will be able therefore to show the nation how a university is focused on applied research with an emphasis on local and regional needs and how it is that this effectively will promote small business incubation and lift the quality of life of the communities that they serve collectively,” he said.