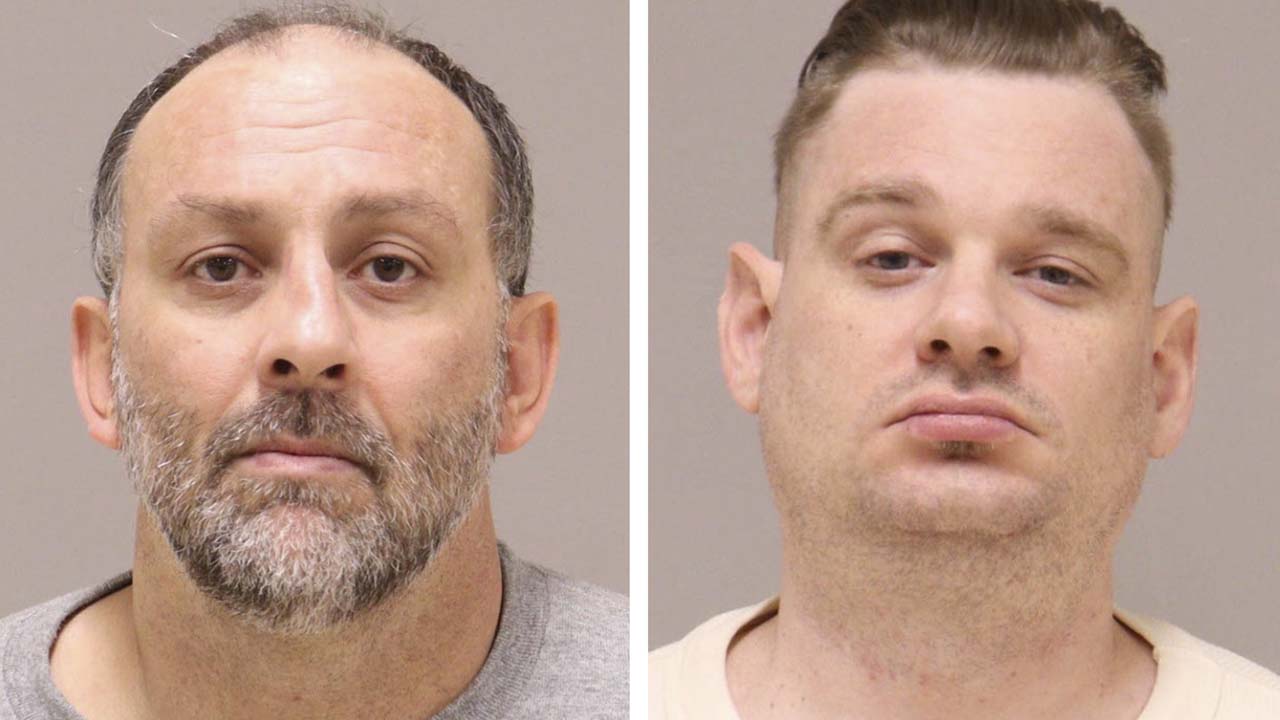 Two men were convicted of conspiring to kidnap Michigan Gov. Gretchen Whitmer in 2020 over their disgust with COVID restrictions. (Kent County Sheriff's Office via AP)
Share with friends

A jury on Tuesday convicted two men of conspiring to kidnap Michigan Gov. Gretchen Whitmer in 2020, delivering a swift verdict in a plot that was broken up by the FBI and described as a rallying cry for a U.S. civil war by anti-government extremists.

The result was a big victory for the U.S. Justice Department. A different jury just four months ago couldn’t reach a verdict on Adam Fox and Barry Croft Jr. but acquitted two other men, a stunning conclusion that led to a second trial.

Fox and Croft were convicted of two counts of conspiracy related to the kidnapping scheme and attempts to obtain a weapon of mass destruction. Prosecutors said they wanted to blow up a bridge to disrupt police if the abduction could be pulled off at Whitmer’s vacation home.

Croft, 46, a trucker from Bear, Delaware, was also convicted of another explosives charge. The jury deliberated for roughly eight hours over two days.

“Today’s verdicts prove that violence and threats have no place in our politics and those who seek to divide us will be held accountable. They will not succeed,” said Whitmer, a Democrat, who turned 51 years old on Tuesday.

“But we must also take a hard look at the status of our politics,” she added. “Plots against public officials and threats to the FBI are a disturbing extension of radicalized domestic terrorism that festers in our nation, threatening the very foundation of our republic.”

Fox attorney Christopher Gibbons, who had railed against the FBI’s investigative tactics, said the verdict was disappointing.

“We were hoping for a different outcome,” he told reporters.

During closing arguments Monday, a prosecutor had a blunt message: No one can strap on an AR-15 rifle and body armor and snatch a governor.

The investigation began when Army veteran Dan Chappel joined a Michigan paramilitary group and became alarmed when he heard talk about killing police. He agreed to become an FBI informant and spent the summer of 2020 getting close to Fox and others, secretly recording conversations and participating in drills at “shoot houses” in Wisconsin and Michigan.

The FBI turned it into a major domestic terrorism case with two more informants and two undercover agents embedded in the group. Evidence showed the group had many gripes, particularly over COVID-19 restrictions imposed by Whitmer early in the pandemic.

Fox, Croft and others, accompanied by the government operatives, traveled to northern Michigan to see Whitmer’s vacation home at night and a bridge that could be destroyed. Ty Garbin and Kaleb Franks, too, were on that ride. They pleaded guilty and testified for the prosecution.

Whitmer was not physically harmed; six men were arrested hours away from her home in October 2020.

Defense attorneys tried to put the FBI on trial, repeatedly emphasizing through cross-examination of witnesses and during closing remarks that federal players were present at every crucial event and had entrapped the men.

Fox and Croft, they said, were “big talkers” who liked to smoke marijuana and were guilty of nothing but exercising their right to say vile things about Whitmer and government.

“This isn’t Russia. This isn’t how our country works,” Croft attorney Joshua Blanchard told jurors. “You don’t get to suspect that someone might commit a crime because you don’t like things that they say, that you don’t like their ideologies.”

Gibbons said the FBI isn’t supposed to create “domestic terrorists.” He described Fox as poor and living in the basement of a Grand Rapids-area vacuum shop, which was a site for meetings with Chappel and an agent.

Whitmer has blamed then-President Donald Trump for stoking mistrust and fomenting anger over coronavirus restrictions and refusing to condemn hate groups and right-wing extremists like those charged in the plot.

After Chowchilla Kidnapper Parole, Fresno Woman Re-Appointed to the Job