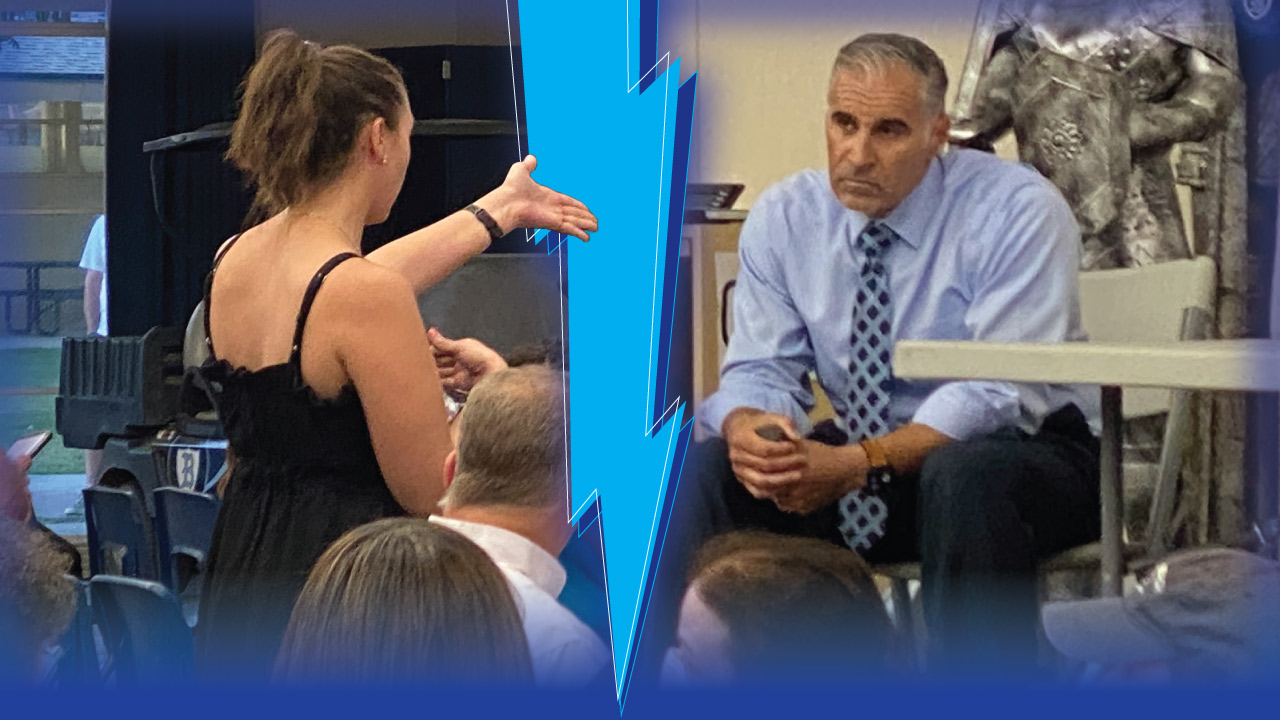 The principal of Bullard High School faced a largely skeptical crowd during a community meeting about a student cell phone ban Thursday night.

Armen Torigian held the meeting at the school cafeteria to explain the new policy restricting cell phone use on campus. Backing the principal was a panel of five parents and teachers who said that cell phones are a distraction, a tool for bullying, and lead to a negative civil discourse.

“It’s a change that I understand will be hard to adapt to. But as the educational leader of this campus, I must ensure that I do everything in my power to positively change that educational experience in the classroom for your children,” Torigian said.

He said teachers “are waging a battle every period, every day for the brains of our kids.”

Parents at the meeting expressed several concerns. How do I contact my child during an emergency? How do I record proof of a racial incident? Why weren’t parents consulted prior to the policy decision? Approximately 150 people attended the meeting that ran for more than two hours.

Students will be required to place cell phones in a sealed pouch from Yondr. The district spent approximately $44,000 on the equipment, Torigian said.

While there has been community speculation that the district’s other comprehensive high schools would follow Bullard’s lead on the cell phone ban, Fresno Unified Superintendent Bob Nelson said that such a decision is up to the principal at each campus.

In a news release Monday about the Bullard ban, Nelson said, “As a district, Fresno Unified is not implementing or requiring the use of Yondr cell phone pouches. However, the district supports the leadership and expertise of each of our principals to make the best decisions for their school communities. Fresno Unified expects all school leaders to make those decisions with consideration of the voices of their students, staff, and families … .”

As to when the policy may start, Torigian told the audience there is no firm date.

“There is no rush … I hear everybody. We’re going to take into consideration everything everyone’s saying,” Torigian said.

Torigian said he is willing to hold more meetings with parents, teachers, and students.

“My number one thing is we have to get the answer (to) all questions and all concerned before we continue to move forward. But again, I’m not going to say that we wouldn’t do it or we are going to do it,” Torigian said.

“There is a lot of debriefing to do,” Torigian said.

He called the meeting “one of the best experiences I’ve had as a leader.”

At least one other high school in the district, Phoenix Secondary School, requires students to lock up their cell phones. A district administrator reported in June that there was improved student academic performance, less cheating, and fewer disciplinary cases.

As to why others are not implementing a policy, Torigian wasn’t quite sure.

“They may be afraid to die on that hill,” he said. 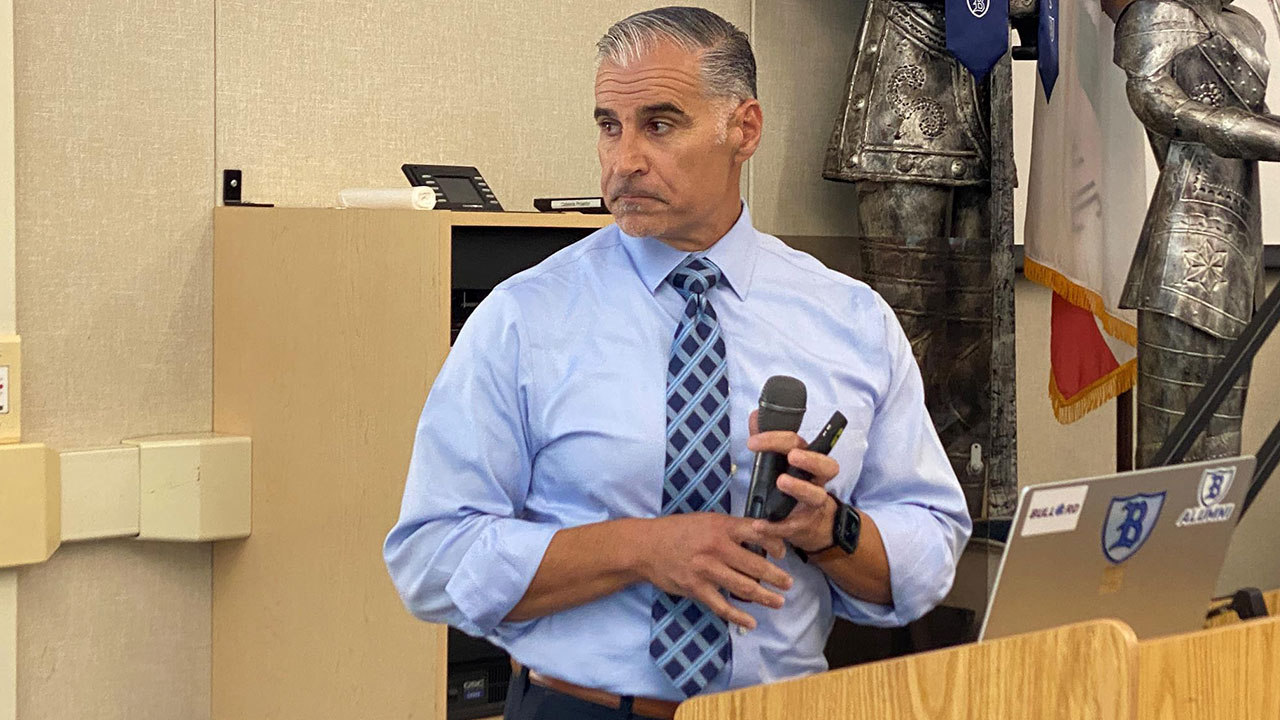 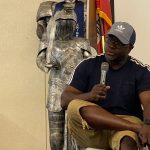 Dwayne Ferguson, a parent and one of the panelists, supported the ban. He is also a coach, as well as CEO of the nonprofit Reading Heart.

He said his daughter can’t use her phone in several places. He does not let his players use a phone during practice or games.

For the remaining hour-plus of the meeting, parents sounded off. Several expressed concerns about communicating with their children.

Torigian said that parents can contact students through the front desk, or through a message on Microsoft Teams. All students are provided a laptop.

Other parents were concerned about reaching their children when there was an emergency. A shooting at a Central High School football game last year was mentioned several times.

Students are allowed to destroy the pouches with no consequence to access phones in emergency situations.

Parent Jim Martinez was skeptical of the policy, especially in an emergency.

“A cell phone in a major incident can let officers know where an active shooter is at, which students are in which rooms, who’s injured. You take that tool away from the kids, then law enforcement’s going in blind and they don’t know what’s going on,” Martinez said. 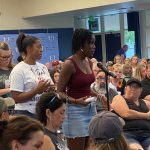 “Without proof, it’s our word against theirs. And we’re not typically believed as students, especially people of color.” — student Eryn Williams

Parent Michelle McCoy said this meeting should have happened before implementing any policy.

“There was no parental engagement. There was nothing from the principal to engage us in this conversation to give us a heads up that this was coming. So this town hall meeting is something that should have happened months ago. And it’s just … too little, too late,” McCoy said.

Her daughter, 14-year-old Eryn Williams, told Torigian shared her concerns about not being able to record racially motivated incidents. In recent years, cell phone pictures posted on social media showed students in blackface, wearing what appeared to be a KKK hood, and using inappropriate racial language.

“Without proof, it’s our word against theirs. And we’re not typically believed as students, especially people of color,” Williams told GV Wire after the meeting.

McCoy agreed that video proof would force the administration to take such allegations seriously.

Another parent, Jim Martinez, pressed Torigian on why the ban was not authorized by the FUSD School Board, based on a state law (AB 272) that passed in 2019. That law specifically authorizes school boards to limit or prohibit the use of smartphones during school hours.

Torigian said school board approval was not required to implement the Bullard policy.

“This school preaches that we are becoming young adults and they want to prepare us for college as well. When you’re in college, the professor is not going to hold your hand and say, OK, now let’s get off the phones. They’re not going to do that. If you’re on your phone, if you don’t want to work, that’s on you,” Fraser said.

Some parents offered alternatives. One would like a “pouch tree” set up by the door. Phones would be placed there during class and picked up afterward. Another suggestion was to offer a warning, then take away the phone and lock it in a pouch if the student continued to be distracted by the phone.

Torigian says the pouch idea has been tried but did not work.

Fresno Unified school board trustee Terry Slatic attended the meeting but did not speak publicly. However, he talked to parents after the meeting. 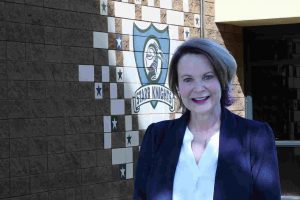 “I would implement a policy that the parents have a hand in developing and have input and say about it. And I don’t know exactly what that would look like at the end, but they are important stakeholders to include.” — Fresno Unified trustee candidate Susan Wittrup

Susan Wittrup is running against Slatic for the school board seat representing Bullard. She spoke publicly, questioning the policy’s implementation. The audience applauded her statements.

“It was a setup. It is not about politics, it is about students,” Torigian said.

“I would implement a policy that the parents have a hand in developing and have input and say about it. And I don’t know exactly what that would look like at the end, but they are important stakeholders to include,” Wittrup said.

On the panel and speaking in favor of the ban was Karen A. Steed, a retired Fresno Unified teacher who is challenging incumbent Veva Islas for the McLane High area seat on the November ballot.

Slatic, on KMJ radio Friday morning, said district policy restricting cell phone use is already in place. He noted the student improvement at Phoenix Secondary School. And, he praised the work Torigian is doing.

Jennifer Siebel Newsom was in Fresno with her husband, Gov. Gavin Newsom, on Thursday. They unveiled a $4.7 billion plan for youth mental health.

“Our children are clearly hurting and don’t get me started on the cultural impact of addictive technology, violent video games, and social media that are consuming our nation’s youth attention, if not the adults’ attention,” Siebel Newsom said.